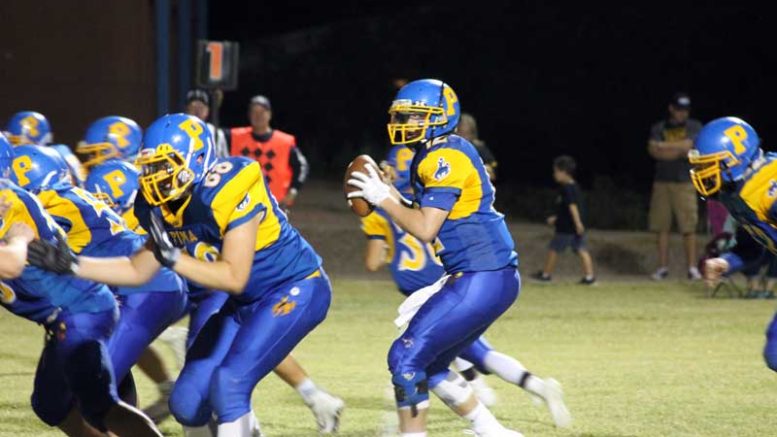 Photo By Scott Bennett: Pima lost a heartbreaker Friday, 52-48 to Gilbert Christian on a last-minute score.

PIMA – After overcoming a first quarter 21-0 deficit, the Pima Roughrider would come back; take a lead and ultimately lose to the Gilbert Christian Knights 52–48, Friday night. 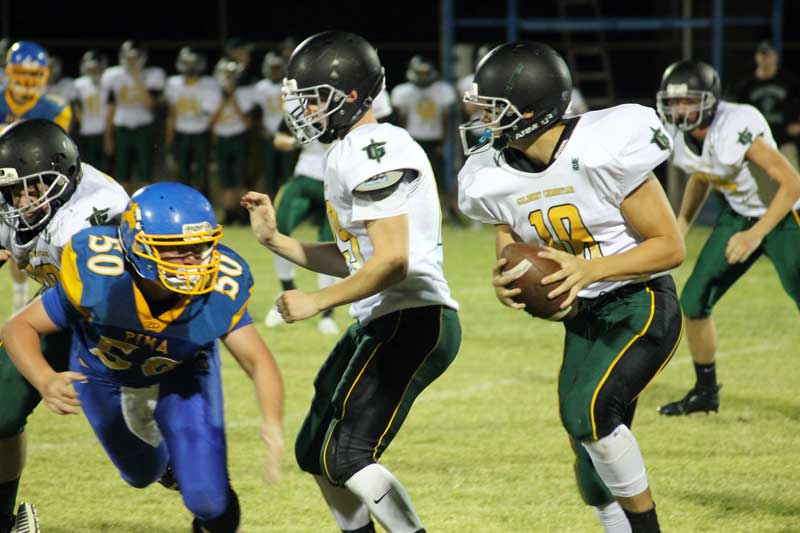 Early on it appeared that it would be a long night for the Roughriders.  The Knights started out hot on both sides of the ball hitting the end zone on their first three possessions while their defense held Pima scoreless.  Finding the score at 21–0 late in the first quarter, many of the loyal fans at Edd Hubbard Field thought that the Roughriders were done.

Fortunately, the never say die Roughriders buckled down with two quick scores.  The first Pima TD came late in the first when Senior QB Josh Whitaker hit senior wide receiver Brayden Brown on a slant.  The second came when Whitaker tucked the ball and ran one in from the 12 to bring the game to 21-16. 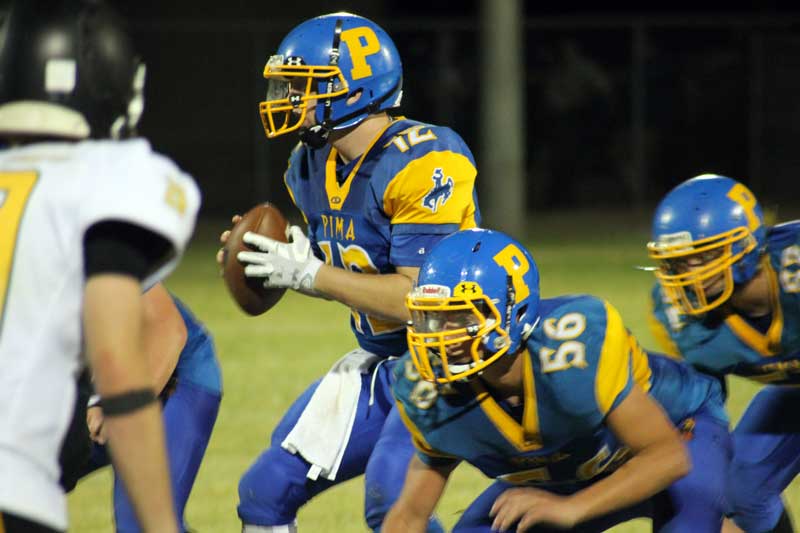 The Pima defense buckled down as well giving up only one more touchdown in the half, which sent the teams into the locker room with Pima trailing 33-22.

Pima, who received the ball to start the second half, started quickly, moving the ball down the field for the score.  With the touchdown, the Riders pulled within five.

The scoring went back and forth for the rest of the night, and it appeared that whoever had the ball last would win the game. 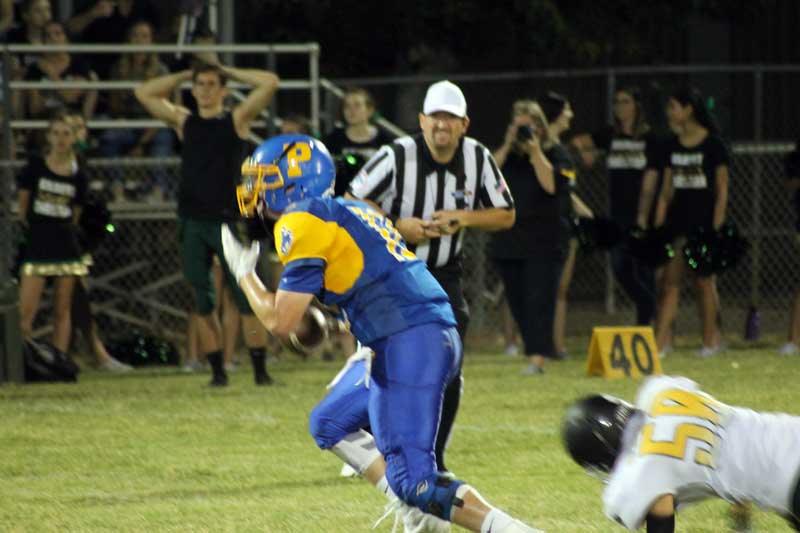 In the fourth quarter, Whitaker once again hit Brown for a 7-yard TD pass.  With the score, the Roughriders took a 48–40 lead.  Unfortunately for Roughrider fans, the Knights answered quickly, but after missing the two point try, Pima maintained a slim 48–46 lead.

With less than three minutes to play and the Knights driving senior linebacker Frank Gutierrez intercepted a Gilbert Christian pass, and the Roughrider loyal could smell victory.  However, the Pima drive faltered without a first down.  Failing to pick up a first, Pima was forced to punt with just over a minute remaining.  Whittaker, who also is the team’s punter, boomed the kick, which was downed at the Knights own 10-yard line. 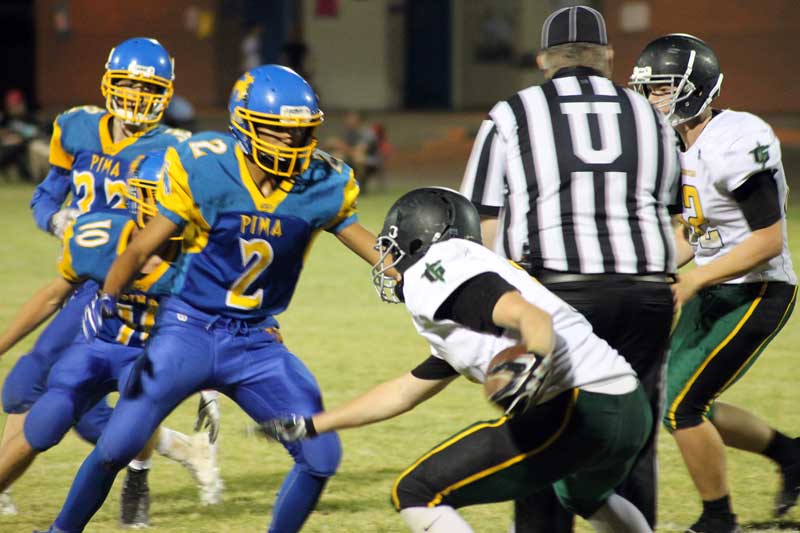 With 1:09 left to play and needing 90 yards for the win, the Knights snuck a receiver past the defense and with a strike from the Gilbert Christian QB, the Knights ruined Pima’s shot at a perfect season.  With the score, the Knights went on to win 52-48.

After the game Roughriders head coach Jace Hancock expressed his disappointment in the loss but was very proud of his team’s fight.

“They showed a lot of heart and did not give up,” Hancock said.

In referring to Gilbert Christian’s winning play, Hancock explained that they were forced into a man-on-man defense and added, “when the receiver got behind the coverage there was not much we could do.”

The Pima Roughriders (1-1 conference, 1-1 overall) will travel to Bisbee to take on the Pumas (0-0 conference, 1-0) overall next Friday night. Bisbee defeated Douglas, 22-21.