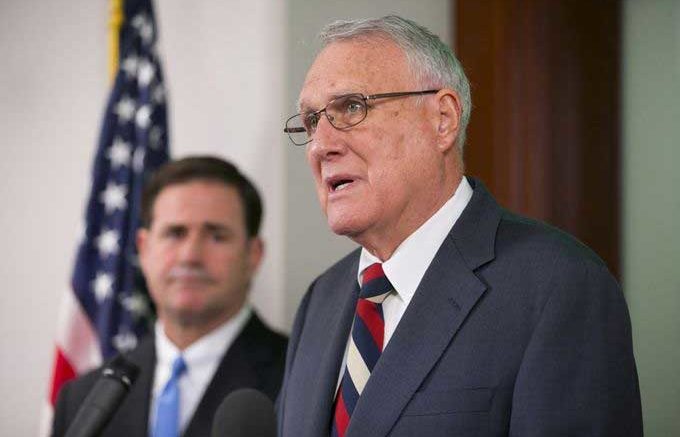 PHOENIX — The Office of Governor Doug Ducey today announced that it has received the resignation letter of Jon Kyl from the U.S. Senate. Senator Kyl’s resignation is effective December 31, 2018. Governor Ducey released the following statement:

“When Jon Kyl returned to the Senate in September, our country faced many critical issues. Arizona needed someone who could hit the ground running from day one and represent our state with experience and confidence – and that’s exactly what Senator Kyl has done. Over the last few months, Senator Kyl served with the same integrity and statesmanship that marked his 26 years in Congress.

“Senator Kyl didn’t need to return to the Senate. His legacy as one of Arizona’s most influential and important political figures was already without question. But he did return, and I remain deeply grateful for his willingness to step up and serve again when Arizona needed him. I wish him and his family all the best.”

The resignation letter was hand-delivered to the Governor’s Office yesterday afternoon and can be viewed here. A replacement to the seat will be announced in the near future.