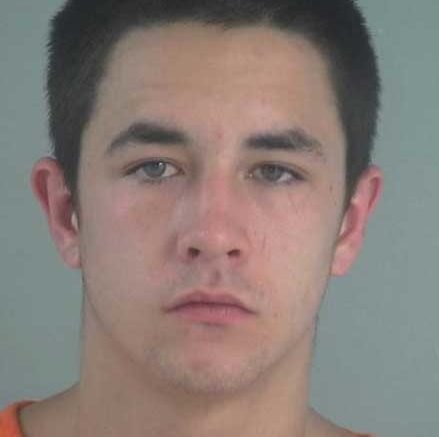 Contributed Photo/Courtesy GCSO: Bradley Hale, 20, was booked into jail Thursday night after allegedly stabbing his brother in his stomach with a pocketknife.

SAFFORD – A disagreement between two brothers turned violent late Thursday evening and ended with one man stabbing the other in the stomach with a  pocketknife.

Bradley Hale, 20, was arrested and booked into the Graham County Jail for aggravated assault with a deadly weapon. His girlfriend, Chelsea Hatch, 18, was later booked into the jail for an underage alcohol violation.

The victim called 911 just before 10 p.m. and reported his brother had stabbed him. Police officers were dispatched to the residence in the 2400 block of S. 1st Avenue and located a man with a stab wound to the right side of his stomach. The victim was treated at the scene by paramedics from Lifeline Ambulance and was transported to Mt. Graham Regional Medical Center. The wound was later examined to be about 2 inches deep but not life threatening, and the victim had his wound stapled and was released. While at the hospital, he was adamant that he didn’t want charges pressed against his brother and wouldn’t even give police his name. 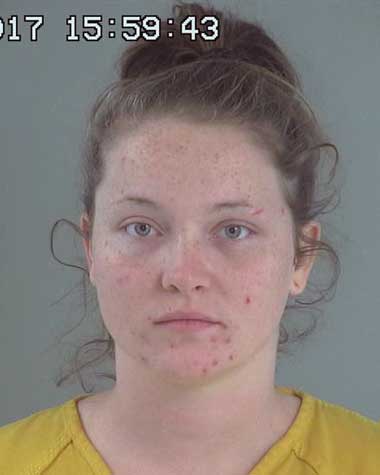 According to Safford Police reports, the victim said his brother had razzed him about being in protective custody while in prison, alluding that he was a sex offender. While being treated at the hospital, the victim said he had “prison pride” and that he was never in protective custody and told his brother to step outside so they could settle their differences with a fight. Once outside, according to the victim, he took a swing at his brother, who then responded by stabbing him with a black and silver pocket knife. The blood-stained knife was later recovered near the rear fence of the property.

Hale and Hatch had fled the property before the arrival of police, but officers followed their tracks and located them hiding in the desert.

Hale accidentally cut his finger with the knife during the attack and said he got scared afterward so he and Hatch took off to hide in the desert. Hale also allegedly admitted to drinking two 40-ounce beers prior to the altercation. He was then arrested and booked into the jail.

Police later responded back to the same residence at about 12:30 a.m. when the victim complained about Hatch being at the property.

The officer noted Hatch appeared to have been drinking alcohol and she allegedly admitted to it as well. Hatch then blew a breath/alcohol concentration of .137 on a portable breath test and she was also booked into the jail for an underage alcohol violation.