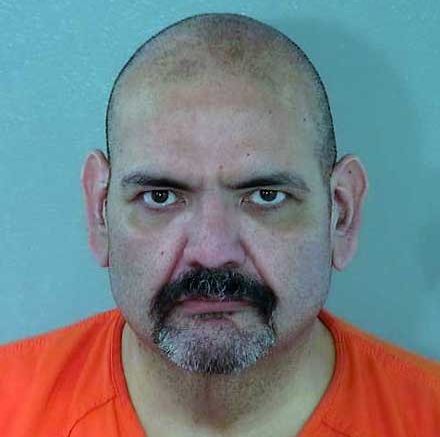 SAFFORD – Halloween is a time for pretend ghouls and goblins to come out to play, but a real monster appeared that night when a man physically assaulted his wife for taking his cell phone.

Alejandro Villa was arrested and booked into the Graham County Jail for aggravated assault/domestic violence and a misdemeanor warrant.

Officers were dispatched to an address on 3rd Avenue at about 10:25 a.m. on Oct. 31 regarding an assault.

Upon arrival, the victim was located with what appeared to be obvious injuries.

According to the victim, the assault occurred when she took his cell phone because she suspected him of texting and/or talking to other women. She also said she believed Villa to be “addicted” to his cell phone.

After taking the phone from him, Villa allegedly backed the victim up against a wall and attempted to retrieve the phone. He then pulled her to the ground onto her stomach and got on top of her with a choke hold using his left arm while still trying to take the phone out of the victim’s hand with his right hand.

The victim said when she was on the verge of losing consciousness, she dropped the phone and Villa stopped the attack and said, “You shouldn’t have taken my phone.”

After documenting the victim’s statements and injuries, the officer interviewed Villa, who allegedly admitted the couple had an argument regarding him talking to other women on his phone and that she had taken it from him and he took it back. He denied hitting or choking the victim and said the victim made the injuries to herself.

Villa was then taken to the jail and booked without further incident.