SAFFORD – Community parks are, by definition, for the community and all who follow the regulations regarding such facilities are welcome to utilize them.

To ensure the community parks are family-friendly, the Safford Police Department has begun to initiate a zero tolerance for possession of an open alcoholic beverage in the park, much to the chagrin of the local homeless population.

Firth Park is also commonly referred to as “Homeless Park” due to the congregation of homeless individuals who utilize the park’s facilities, including its restrooms. The park is situated across the highway from an area with homeless campsites and across the street from Circle K, which is often a favorite purveyor of alcohol to the same homeless population.

While having an open container of alcohol in the city’s parks has long been illegal, the recent mandate has the police force attempting to clean up the park of misusers for the benefit of the rest of the city. 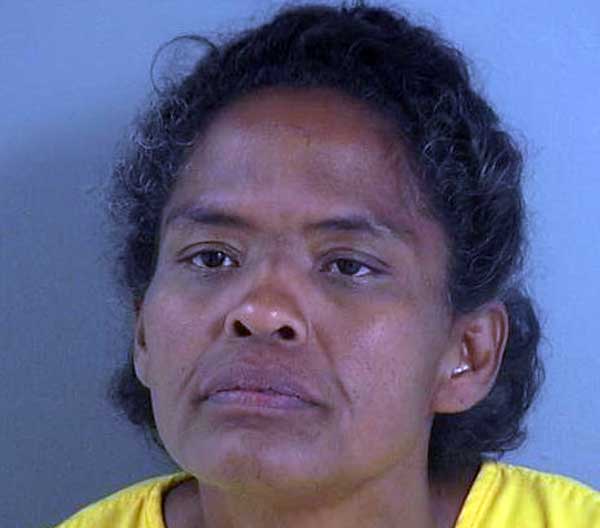 Contributed File Photo/Courtesy GCSO: Evelyn Young was jailed for having an open bottle of alcohol in the park, disorderly conduct and trespassing.

In doing so, arrests have been made, including a recent arrest of a homeless woman, Evelyn Young, who had been previously trespassed from the park for drinking alcohol at the facility.

On Nov. 30, officers could hear yelling and banging coming from inside the women’s restroom. Young then exited the restroom holding an open bottle of Modelo beer and began cursing at the officers as they instructed her to pour out her beer.

As she was taken into custody, Young allegedly resisted and was “re-directed to the ground” according to a Safford Police Department report.

As Young was taken to the new Graham County Adult Detention Facility across the Gila River, she continued to be abrasive to officers and began yelling racial epithets at them.

Young remained combative at the jail and was placed into a restraint chair. She was then booked on charges of criminal trespass, disorderly conduct, and having an open container of alcohol in the park.