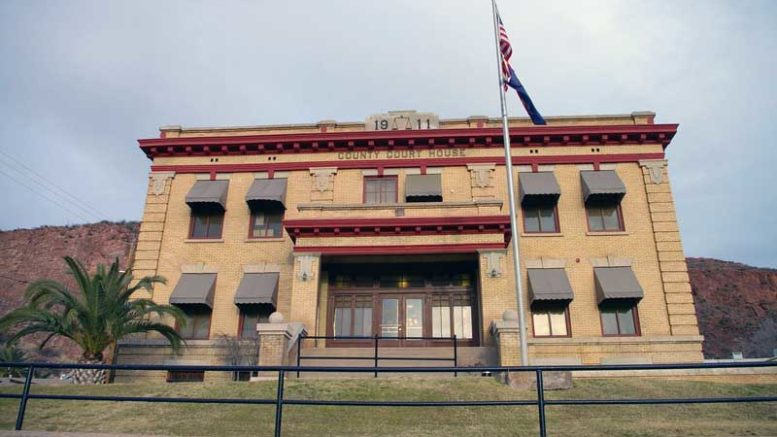 One of the four defendants in the 100-pound cocaine smuggling case in Greenlee County Superior Court has been found not guilty.

CLIFTON – After a three-day trial, it took a Greenlee County Superior Court jury only their lunchtime to deliberate before reconvening Friday, Dec. 8 and finding a Tucson man not guilty of four counts relating to a major drug bust that occurred on a lonely stretch of highway in the wee hours of Tuesday, Aug. 15. The bust netted more than 100 pounds of cocaine worth an estimated $2.3 million.

“I am happy to report that justice prevailed in this matter,” Johnson said. “Our local officers do an excellent job and clearly took a huge quantity of drugs off the streets. However, officers must make quick judgment calls with only limited information when investigating matters during a traffic stop. I think that is what happened here.”

Cisneros was driving the SUV with Adrian Cardenas, 30, of Tucson. The vehicle was stopped for speeding on State Route 78 by Greenlee County Chief Deputy Eric Ellison. A firearm and a small amount of marijuana were discovered in the SUV by Ellison. While searching the SUV, Ellison also found an identification card belonging to one of the men in the semi, which had been stopped by Greenlee County Sheriff Tim Sumner for a license plate infraction, in which Cisneros and Cardenas were driving. The marijuana was found on Cardenas, but the firearm, allegedly belonging to one of the two men in the semi who owns the SUV, was found in the center console. Cisneros still faces a charge of prohibited possessor of a firearm for driving the vehicle that had the weapon inside. (Update 12-18-17) The Greenlee Attorney’s Office has since dismissed the final charge of prohibited possessor of a firearm and exonerated Cisneros’ bond. 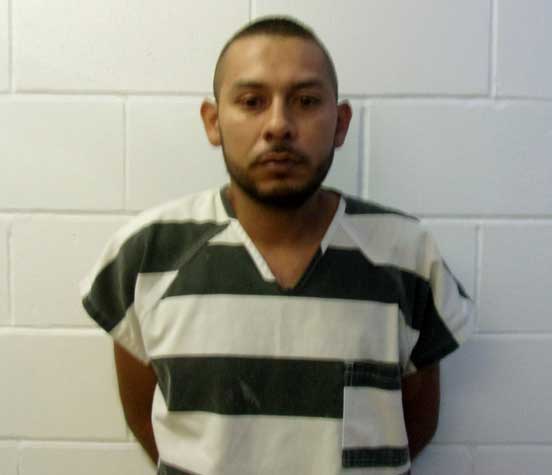 Cisneros and Cardenas initially denied being involved with the semi. That did not wash as Ellison had found the ID belonging to one of the men in the semi. Sumner found that the semi truck driver had a suspended driver’s license and was a prohibited possessor of a firearm.

“Mr. Cisneros was traveling with three individuals who were transporting drugs, but he had no knowledge or involvement in the criminal activity,” Johnson said. “He had no idea there were drugs in the vehicle until he was given a copy of the police report after he was arrested and was sitting in jail. Once the jury heard his side of the story, they came to the right conclusion.”

During the trial, jurors were shown luggage belonging to Cisneros, who said he believed the men were traveling to Texas to work in the oil fields. Only Cisneros had luggage.

Contributed Photo/Courtesy Greenlee County Sheriff’s Office: Rafael Teran has yet to be adjudicated.

“Merely being present where a crime is occurring does not make you criminally responsible for the crime,” Johnson said. “The state could not link Mr. Cisneros to the drugs or weapons directly, with accomplice liability, or with conspiracy theory. He was simply not guilty.”

On Nov. 6, Cardenas, who was represented by Safford attorney David Griffith, pleaded guilty to possession of a narcotic drug for sale in a plea agreement that dismissed four other charges, including possession of a weapon during a drug offense, possession of marijuana, possession of drug paraphernalia, and conspiracy. While the plea was eligible for a probation term, Greenlee County Superior Court Judge Monica L. Stauffer sentenced Cardenas to seven years to be served in an Arizona State Prison facility.

Jose Luis Herrera, 41, of Tucson, and Rafael Teran, 47, of Sahuarita, the two men in the semi, remain in custody at the Greenlee County Jail. They have both given notice for a change of judge for their cases. 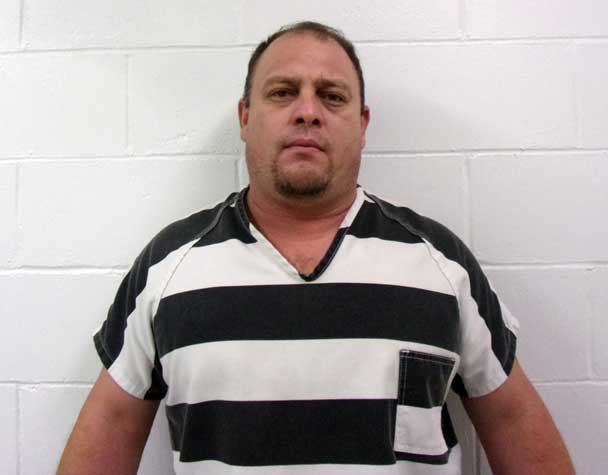 Contributed Photo/Courtesy GCSO: Jose Herrera has yet to be adjudicated.

The bust occurred on State Route 78,  which is by no means heavily traveled any time of the day and especially not at night nor in the early morning. SR 78 begins at Three-Way Junction and continues to the nearby New Mexico state line.It was along that stretch that the county sheriff and chief deputy happened to be patrolling.

The confiscated material was sent to the Department of Public Safety Lab in Tucson, which verified the confiscated substance was cocaine.

Some veteran law enforcement officers in Greenlee County, including those from the Clifton Police Department, echoed Ellison’s comment that the amount of cocaine confiscated was “unusual” for Greenlee. It was indeed. Greenlee is the second smallest county in the area and has the smallest population of Arizona’s 15 counties.