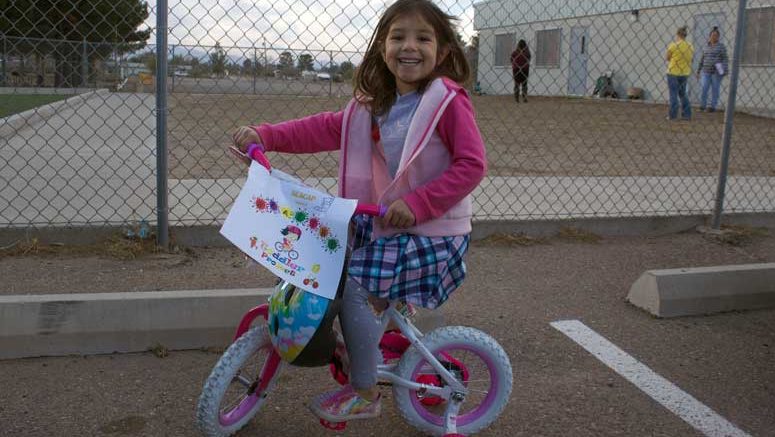 Each child went home with a new bicycle and accessories

PIMA – A group of 57 preschoolers at Pima Head Start got an early Christmas present in the form of a new bicycle complete with helmet and elbow pads thanks to a generous donation from Southeastern Arizona Community Action Program (SEACAP).

SEACAP has offices in Graham, Greenlee, Cochise, and Santa Cruz counties. Its primary function is to “provide supportive services and information to participants that will enable them to gain the solid foundation needed to achieve and maintain self-sufficiency.” Its mission is to “assist families in the movement, transition, and achievement of self-sufficiency.” 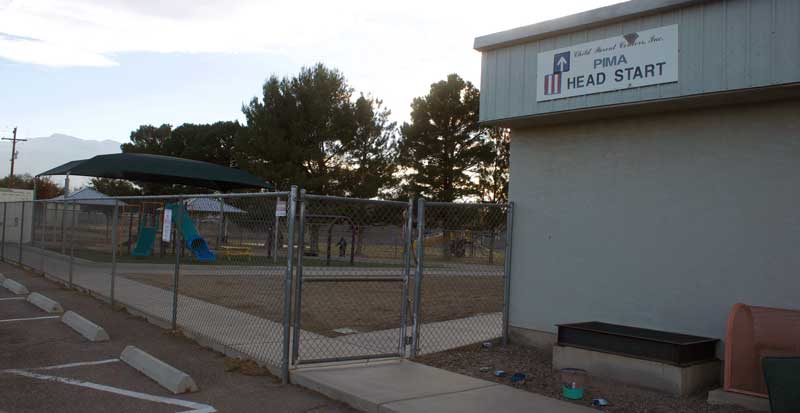 Pima Head Start Director Billie Sue Bonilla said Virginia Avila was the direct contact person with SEACAP and that she informed the center that the organization would like to donate the bicycles to the students this year.

“They were very gracious of our policies and procedures,” Bonilla said. “They wanted to have a presentation but it was difficult to have our schedules mesh.” 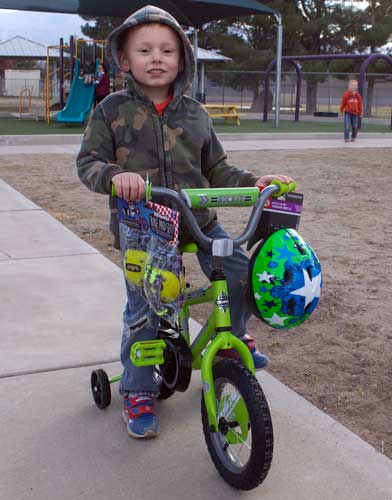 Instead, SEACAP dropped off the bicycles at about 11 a.m. on Thursday and the teachers handed them out at to the students when the parents picked them up at the end of each of the three separate classes.

Head Start assists income-eligible families with free preschool to prepare children for kindergarten. In addition to educating and having playtime, the facility also provides a meal for the children each day with nutritious food.

“They (SEACAP) have been such a blessing,” Bonilla said. “Words can’t really express how grateful we are. It’s been an overwhelming blessing . . . It was wonderful.”

Head Start 4-5 age group teacher Mable Zavala said the children were in wonderment when they received the bicycles and that everyone was overjoyed.

Gila Valley Central caught up with a couple parents as their children were taking in their new bicycles.

Rheanna Melser shared her appreciation as her son, Robbie Melser, 4 1/2, zoomed around the facility.

“I almost don’t have words,” Rheanna Melser said. “I think it’s pretty amazing. There’s a lot of kids here who don’t get this kind of opportunity . . . They’re giving help to parents and family who don’t really have a huge income, so this is great especially around Christmas. 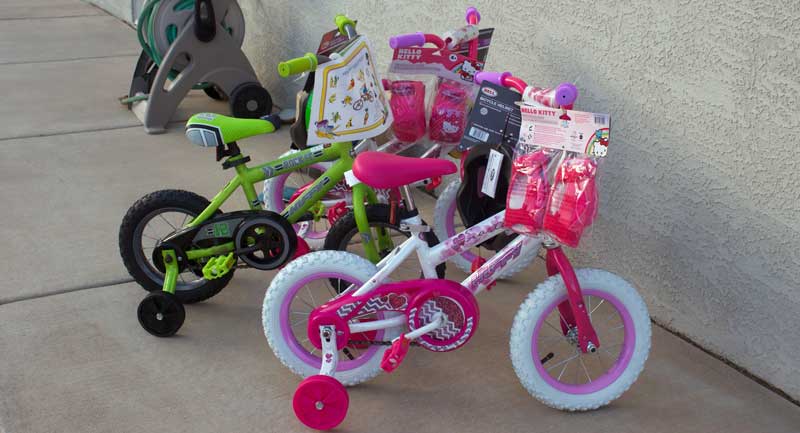 Jon Johnson Photo/Gila Valley Central: The boys received green bikes and the girls received pink bikes. All the bicycles came with a helmet and elbow pads.

Heather Peoble was helping her daughter, Adelle Peoble, 4, ride around the facility’s playground area. She said this was Adelle’s first bicycle and she was very enthusiastic about learning how to ride her bike.

“They (SEACAP) have been so respectful of our wishes, our policies, and our procedures,” Bonilla said. “That’s one thing that I am very grateful for because I think most people would have just been like ‘Oh they have too many restrictions, so we’re not going to do it.’”