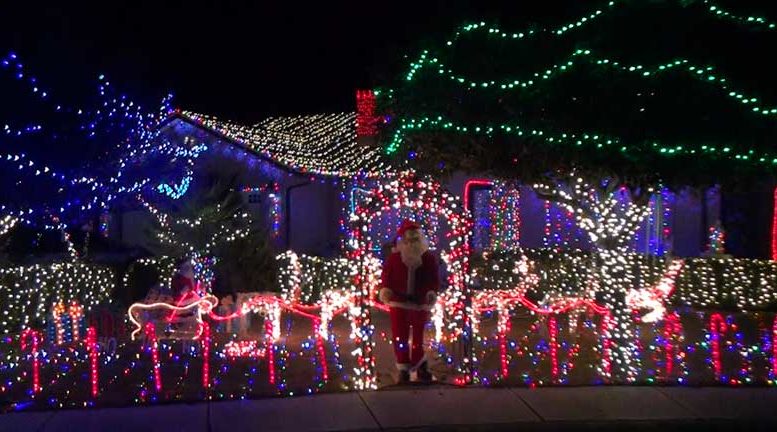 Jon Johnson Photo/Gila Valley Central: This home in Quail Ridge went all out with its Christmas lights display this year. Do you know of a great display the community should see?

THATCHER – The weather outside isn’t that frightful, and the night was quite delightful, so since there’s no place to go, let Thatcher’s Christmas light decoration contest glow.

With the winners to be announced Monday at the Thatcher Town Council meeting, residents await with lights twinkling to know who this year’s light contest champion will be. Last year, the grand prize of $150 went to David Ramirez, followed by the first prize of $100 to Daniel McDowell, second prize of $75 to Chad Rolfe and the third prize of $50 to Raul Alan Ruiz. 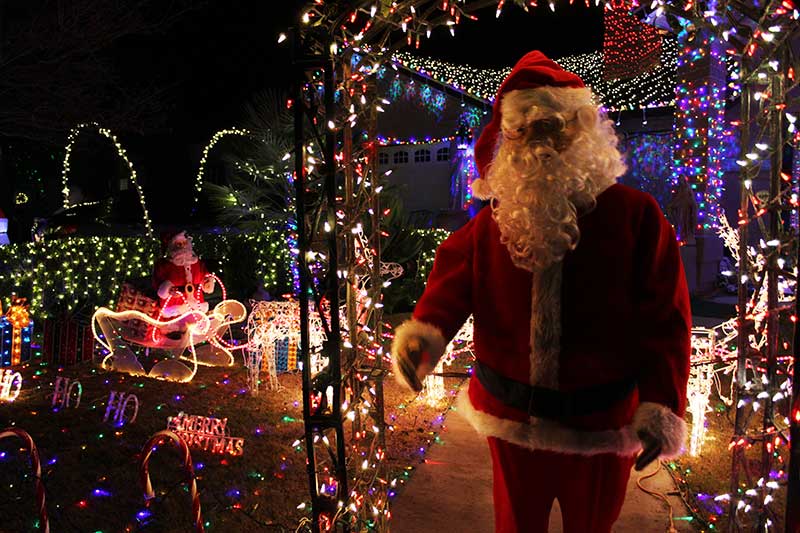 Brooke Curley Photo/Gila Valley Central: Local contestants in the Thatcher light competition take the lights to the next level.

Do you have a picture or video of an awesome Christmas light display? If so, post it in the comments section with where it was taken and let’s see how many places have great displays for the community to see.