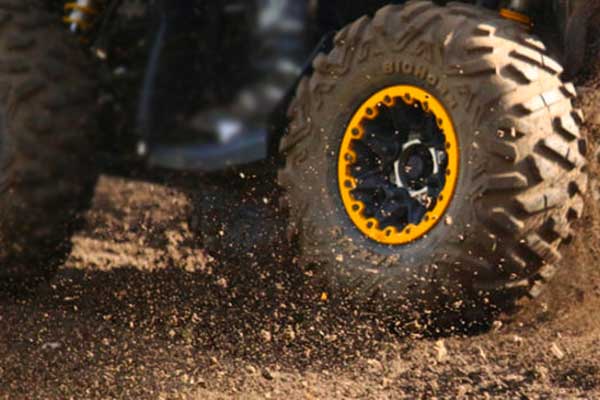 GRAHAM COUNTY – On Saturday, Graham County deputies were dispatched to the area of west Saguaro where it was reported that a collision had occurred. The responding deputy spoke with area residents as to what they had seen.

A woman said she had heard the collision and walked around the corner where she saw a turned over ATV. She saw a male neighbor talking to the individuals involved, when they flipped the vehicle upright and left the scene. The deputy spoke with the man about the incident and he stated that he had not seen the collision, but he had heard it, and when he spoke with the children involved, they were complaining about possible injuries. He also heard someone state to the driver that she was not supposed to drive and was supposed to wait for her parents. The deputy examined the scene and saw skid marks and disturbed dirt where the ATV rolled over. It was also noticed that tire tracks leading from the area indicated that the ATV was driven away from the scene.

Deputies were informed that the injured parties had arrived at the Mount Graham Hospital. The deputy first spoke with the mother of two of the children involved where she allegedly stated that they were having a birthday party for one of the children. Her husband was currently grilling food. They were going to take all the children for a ride on their Polaris and the children loaded into the ATV. The mother said they had told the children to wait until after they had eaten. She said she was unaware that the children had driven off and only knew after they had wrecked. The juvenile driver stated that she believed she could just drive it around the block and that it would be o.k. She was going fast down the road and attempted to make the turn on the dirt alley but was unable to make the turn and the vehicle rolled over. She was warned not to drive on any public roadway until she gets her license. Neither, she nor her mother were cited.

The mother of two other children involved in the accident told the deputy that the windshield was knocked off the vehicle when one of the children struck their head on it. The mother reported that the child’s head was no longer hurting. The other child was being seen for having pain on their right side. The mother was asked if she knew that the juvenile would be driving to which she answered she did not. She was asked how she felt about the driver or the juvenile’s mother not being cited. She stated that she understood that it was an accident and hoped it was a learning experience for all the children. The mother of another child involved reported to the deputy that they only had a few scratches.

The deputy contacted the owner of the ATV and was shown the damage to the left side of it and also that the bed was slightly bent along with the windshield that was cracked and sitting in the back of another vehicle.