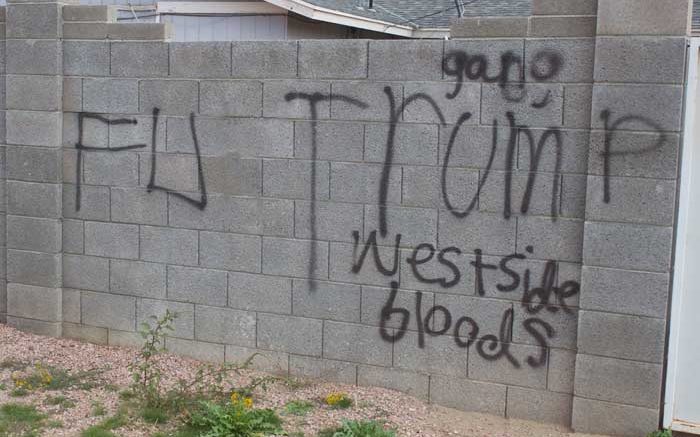 SAFFORD – A 12-year-old boy was arrested Sunday after allegedly admitting to vandalizing multiple properties with anti-Trump graffiti utilizing an expletive.

The juvenile, who initially identified himself by his “street” name, allegedly admitted to spray painting the graffiti the night before at about 8 p.m.

Officers were notified of the graffiti early Sunday morning and soon located multiple locations, including block walls, wooden fences, the side of residences and even one person’s van. 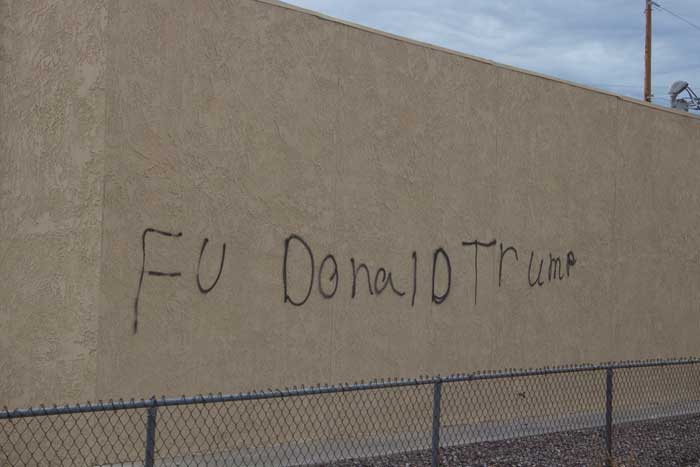 Later on Sunday, an officer received a tip from a resident on Santa Fe Street who said her grandson informed her to who had done the tagging. The grandson, who also referred to himself by his “street” name, identified his friend as the culprit.

The officer then confronted the suspect, who, after initially denying having even seen his friend for the past thee days, eventually admitted to doing the graffiti, according to a Safford Police report. The juvenile suspect said he had used black spray paint he had to spray paint a skateboard he used to own, and his father said the family had the paint to refinish furniture as well.

Juvenile Probation was notified, and an officer authorized the youth to be placed into the Eastern Arizona Regional Juvenile Detention Facility.

As of his report, the officer was still in the process of identifying all of the victims and obtaining an estimated cost of repairs. 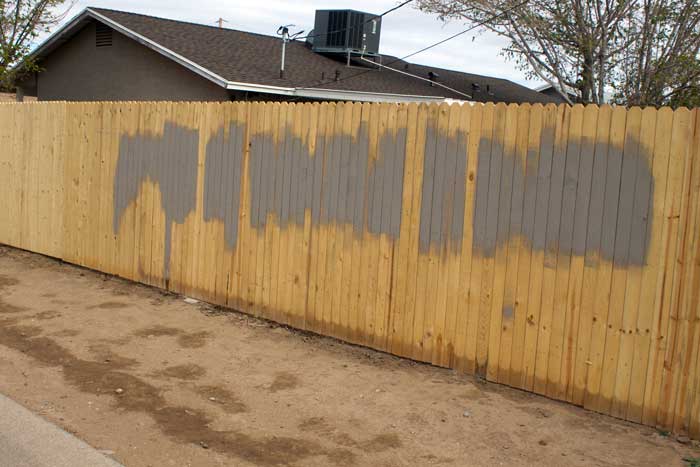 Jon Johnson Photo/Gila Valley Central: The resident of this tagged fence on 20th Street had already covered the graffiti by Monday morning.