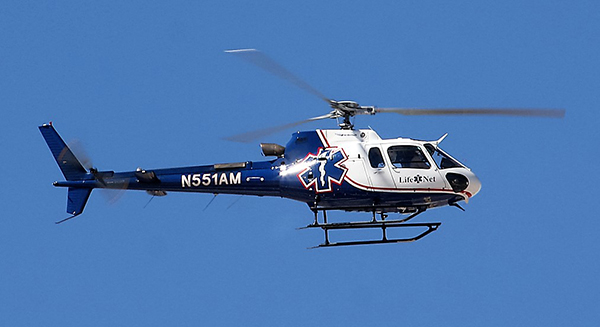 SAFFORD – A man and his fiancé were flown to a Tucson hospital after rolling over a Polaris Ranger utility vehicle (UTV) in a cotton field behind Millennium Medical Supply late Friday night.

Richard Romero, 46, and his fiancé, Anna Ward, 52, were initially taken by Southwest Paramedics to Mt. Graham Regional Medical Center (MGRMC). After an initial evaluation, both injured parties were flown to Banner – University Medical Center Tucson for treatment. The couple were later released from the hospital but were still in the Tucson area as of Tuesday, according to a co-worker of Ward’s.

Officers were initially dispatched to the field at about 11:58 p.m. regarding a UTV rollover. Upon arrival, they located Ward facedown in the dirt but conscious with Romero sitting next to her, his face swollen and bloody.

A second passenger in the vehicle, Henry Martinez, 56, was walking about and did not appear to be injured. Martinez said he had been wearing his seatbelt at the time of the crash.

Martinez also acknowledged Romero as the driver and that they were coming from the American Legion, where they had all consumed some alcoholic drinks. An officer noted an odor of alcohol on Romero’s breath. As paramedics attended to Romero, the officer asked him if he remembered anything from the crash, to which Romero allegedly replied, “No.”

While at MGRMC, Romero allegedly gave permission for the officer to obtain some of his blood for DUI testing. The blood was later placed into cold evidence storage.

Nuttall’s Towing arrived at the scene and removed the damaged Ranger.

The officer’s report was sent to the Safford City Attorney for review.