Brooke Curley Photo/Gila Valley Central: Professional performers will travel from all over the state to participate in this year's Hispanic Heritage Festival.

Saturday, Sept. 16, will be the third annual Hispanic Family Heritage and Scholarship Fund Festival at the Graham County Fairgrounds. The event will begin at 4 p.m. and promises to be an evening filled with music, food, and dancing. The night out fundraiser will include vendors, bouncy castles for the youngsters, and multiple performing artists. Also, a local family will be honored as the Hispanic Heritage Family of the Year. A percentage of the money from every aspect of the evening will be transferred to the Eastern Arizona College Scholarship Department and given to students over the following semester. 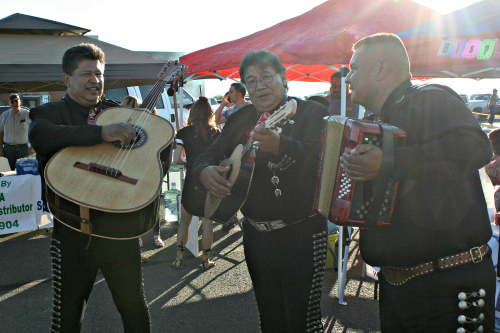 Lupe Munoz and Michael Andazola are co-organizers of the event. Munoz told Gila Valley Central that the best part of all the months of preparation and work is when the final donation amount of money is brought to Eastern Arizona College. Munoz also said that this donation to the EAC Finance Department is what sets the Hispanic Heritage and Scholarship Festival apart from other events.

“When we go down to EAC and turn the money over to the finance department, that is the bottom line. That is the reward for all efforts,” Munoz said. “Our (event) is a little different in that number one, we’re bringing in the Hispanic Culture and number two, we contribute to the EAC finance department. At which point they select the recipients of the scholarships.” 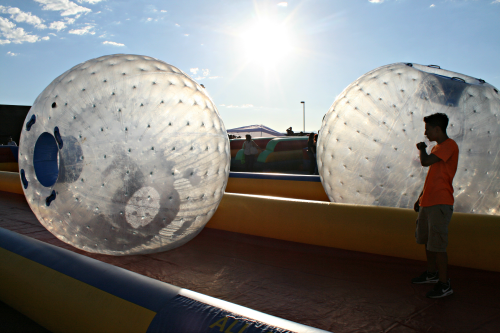 When asked what he appreciated most about the Hispanic Heritage and Scholarship Festival, Andazola said he liked the fact that the community gathers together and has an enjoyable time. It is the feeling of family and honoring of the family that Andazola specifically highlighted.

“The most rewarding thing for me is watching all the kids having a great time and having the family get together,” Andazola said. “This year’s family of the year is (the) Pablo and Bonifacia Juarez family. This is going to be in memory of them. They’ve been a family in the area for a long time, from Solomon, and we figured it would be a good time to honor them.”

The La Compania de Danza Folklorica dance troupe and the Mariachi Sol Azteca will be traveling from Tucson to perform. Also, an Eastern Arizona College dance class will perform along with the dancers of Rose Hill Wellness in Thatcher. After the main performances, there will be a dance that will go on until midnight that night.

This award is In Memory of the Pablo and Bonifacia Juarez Family.

In the approximate time of 1860’s, great-great grandparents Tiburcio and Guadalupe Juarez were married and settled in Solomonville, Arizona. They purchased a piece of land in Solomonville $100. The property is located on 4th Ave. This is where they raised eight children.

Amongst the children was my grandfather, Pablo R. Juarez. He was born Jan. 15, 1899, in Solomonville. His parents gave him a portion of their land. In 1926, he married our grandmother, Bonifacia G. Juarez.

Bonifacia was born May 14, 1909, in Aguas Caliente, Mexico. Her family immigrated to Mexico from Spain. Her parents, Felix and Rosa Luerano-Gonzalez, then migrated to Solomon, when Bonifacia and her siblings, were very young.

Pablo and Bonifacia began building their Adobe home in Solomonville, one brick at a time. They raised seven children, Pablo Jr., Vera, Helen, Brijida, Anselmo, Juanita, and Gene. They had a first-born son, Damasio, who died shortly after birth. All of the children attended school in Solomonville. 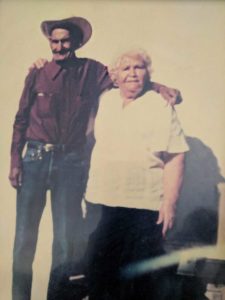 Pablo worked on many valley farms and was part of the construction of Coolidge Dam. He would tell the best stories of the Gila Valley and the founding fathers.
Bonifacia was a midwife, housewife, and mother. She also was a master gardener. She knew a great deal of the medicinal value of herbs and plants.

In 2003, My father, Aneslmo G. Juarez, purchased my grandparent’s casita from his sister, Helen J. Lopez. He began restoring the casita until his death in 2014. My father bequeathed the casita to my brother, Anselmo R. Juarez, and myself.

I currently reside in our grandparent’s casita.