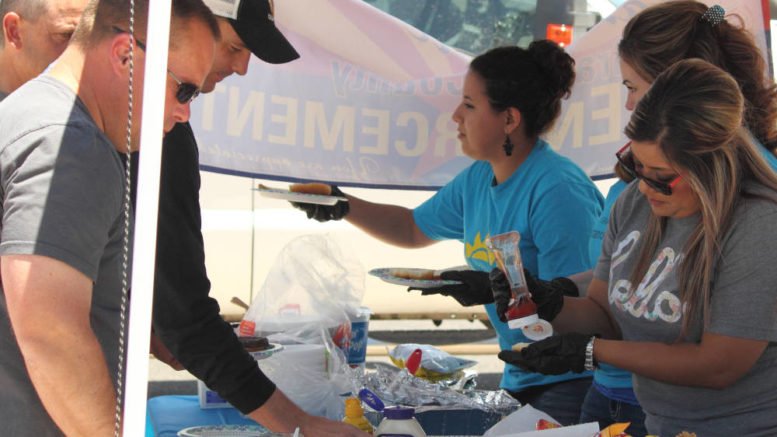 Representatives of the Graham County Substance Abuse Coalition (GCSAC), including Smith, served around 90 hamburgers and 40 hot dogs for lunch Wednesday afternoon in appreciation for our local law enforcement. Standing under a tent at the picnic tables across from the Safford Police Department, Smith grilled the meat, feeding officers from agencies including all three police departments, the Arizona Department of Public Safety, Graham County’s probation, dispatch and jail, and Federal Correctional Institution-Safford. GCSAC Director Kathy Grimes and her staff also provided chips, home-made salsa, brownies and soda. 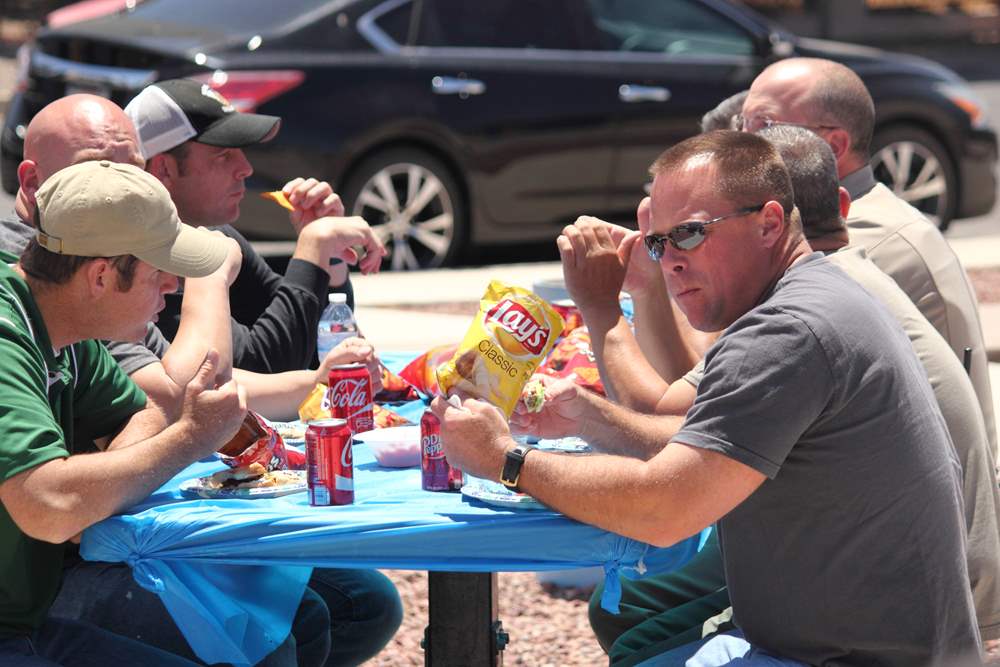 Grimes said this is the GCSAC’s third year serving the law enforcement lunch, and the turnout was higher this year than last. Grimes had to make two extra trips to the store for supplies.

“We appreciate everything all of them do,” she said. 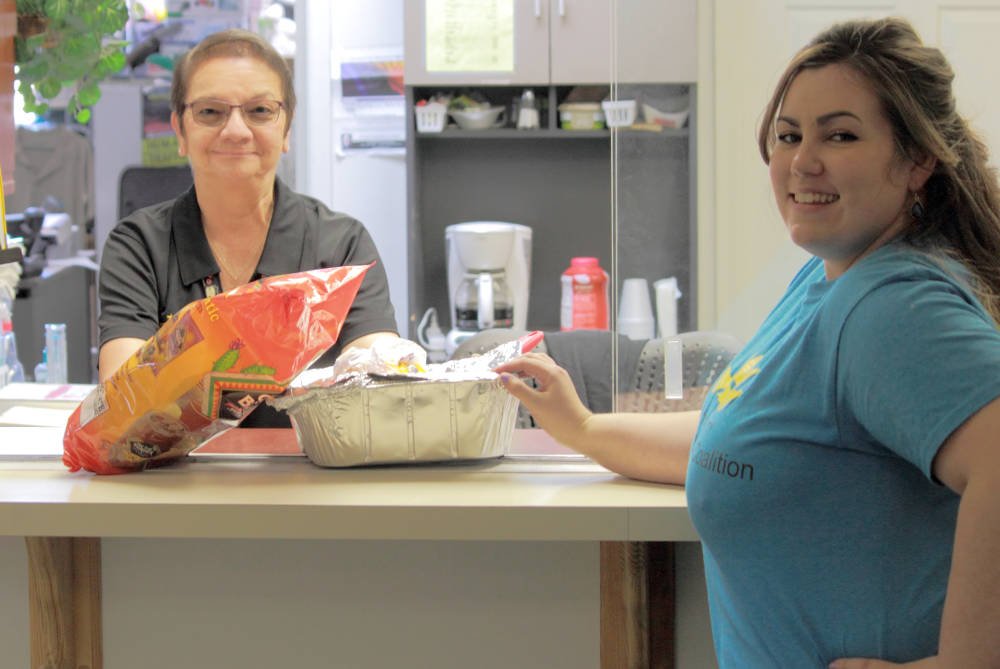 According to Smith, it is important to support Graham County law enforcement because of increased national criticism of police officers.

“I think maybe they don’t get shown as much appreciation as they deserve,” he said.

DPS Captain Dean Chase enjoyed his hamburger. He appreciated the thought, but said he would do his job even if no one noticed.

“We don’t do this job to be appreciated, we do it because we love it,” he said. 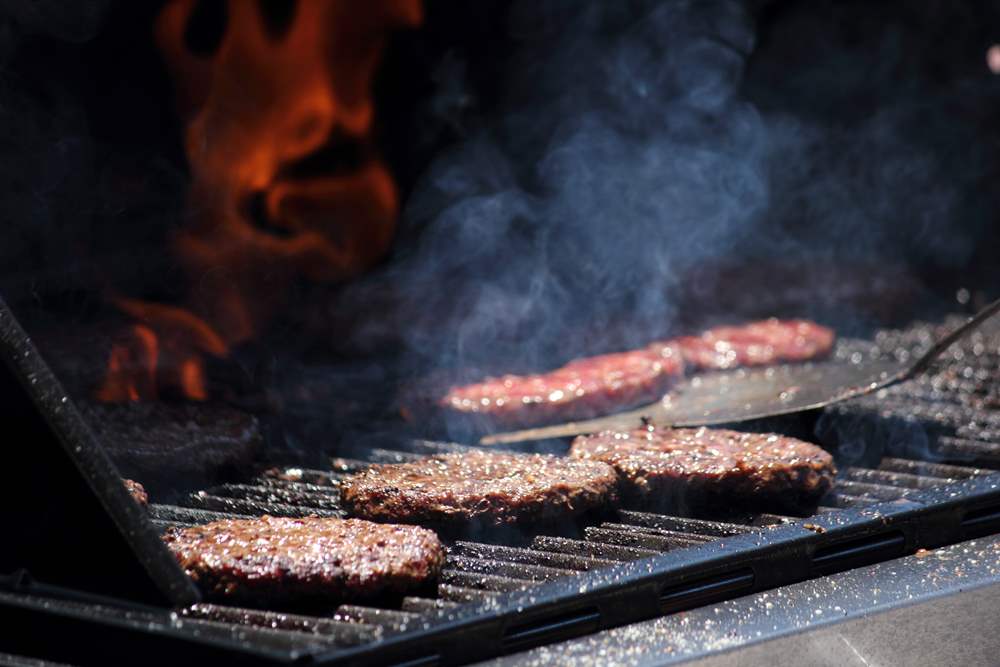 Eric Burk Photo/Gila Valley Central: The GCSAC gave out around 90 hamburgers and 40 hotdogs at this year’s law enforcement appreciation lunch.