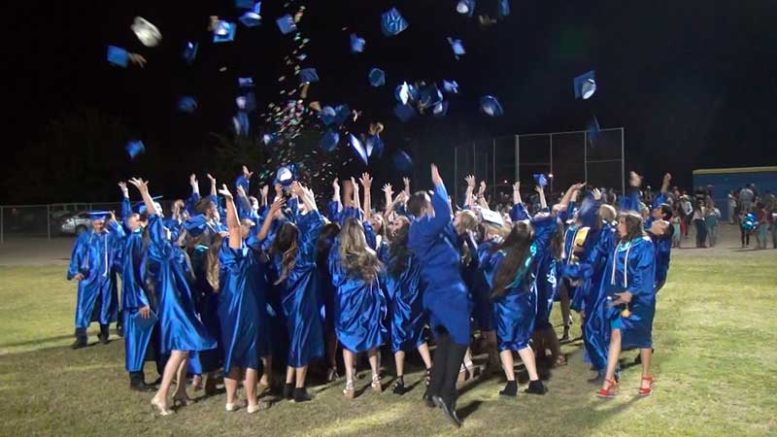 PIMA – Determined, poised, reverent and full of humility; Pima not only graduated its largest class in the school’s history Wednesday night, but it just might have graduated the smartest with the best chance of future success. 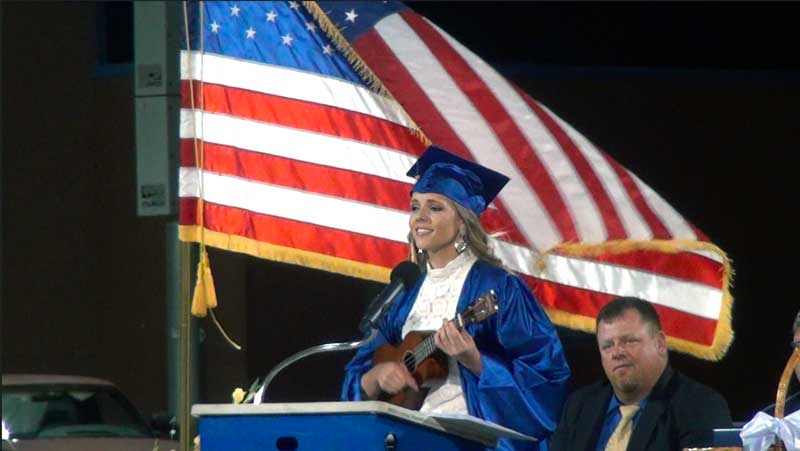 Sixty-nine graduates turned their tassels from one side to the other, signifying a turning point in their lives as they move off from the protected enclave of high school and branch out to various areas of life. Most will move on to college or some other higher learning, while others will explore trades, service opportunities and the military. 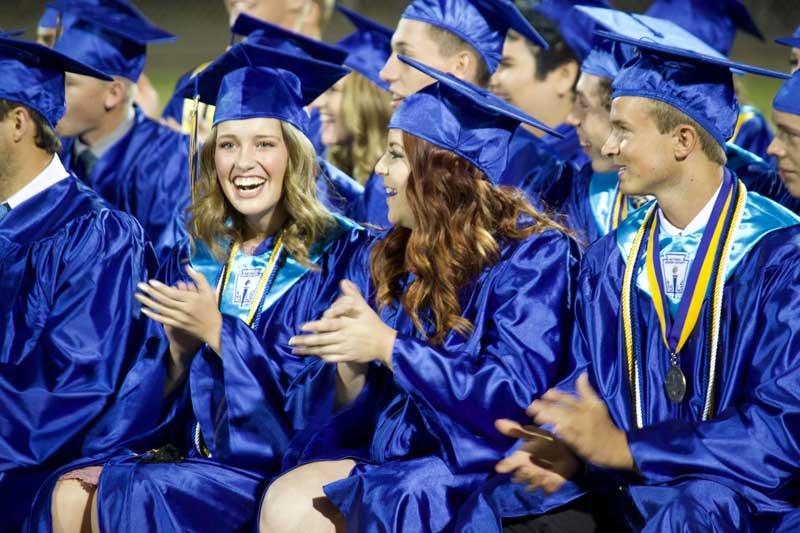 The crowd gathered at Edd Hubbard Football Field and there was the usual pomp and circumstance, but something in the air was different. There was a feeling of assuredness, and after Principal Cody Barlow finished reading the graduates’ names and listing how many college credits nearly all of them had already amassed while still in high school, one realized just how special this group of students were and how they excelled academically, athletically, through fine arts and more. 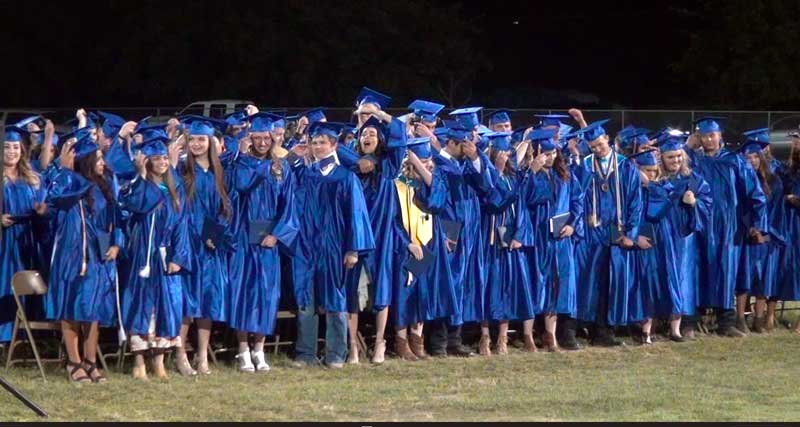 The ever bubbly Torrie Beus welcomed those in attendance and after a non-school sanctioned opening prayer, Audrey Goodman regaled the crowd with the class’ history and recounted stories about how a video of the Pima Show Choir went viral when it sang to Moana at Disneyland and how dominant Pima’s athletic teams have been the past two years. 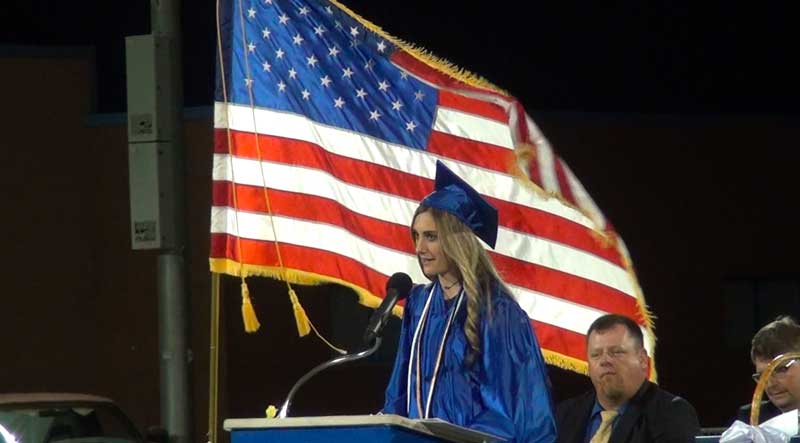 “Our baseball team also took state last year and the pitcher was my first crush in first grade,” Goodman said. “I tried to get to first base, but he is known for pitching no-hitters.”

The top two academic positions were dominated by the boys this year, with Ethan Claridge named as salutatorian and Justin Kartchner as valedictorian. 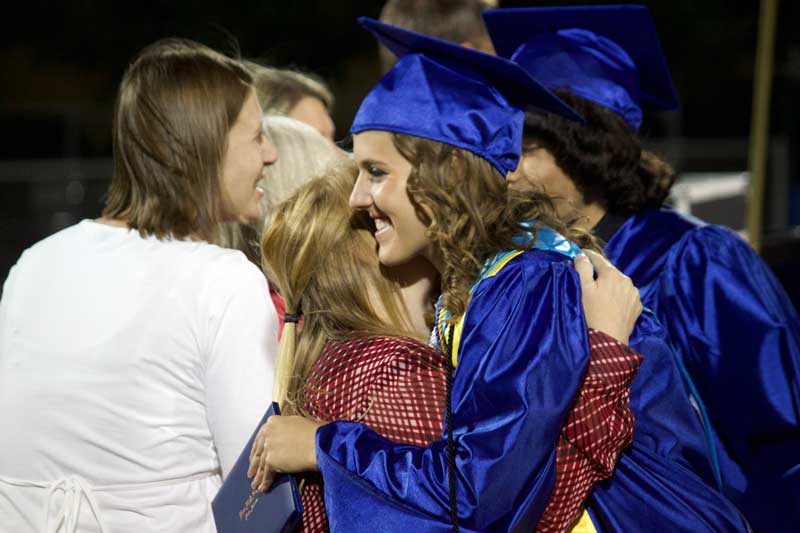 Before they spoke, however, the crowd was blessed with a jaw-dropping musical performance by Kiah Morris that left no doubt why she is continuing her studies in music at the University of Arizona next fall.

Kartchner encouraged his fellow graduates to look at life’s challenges as opportunities to grow and said his class was filled with hard workers and go getters. 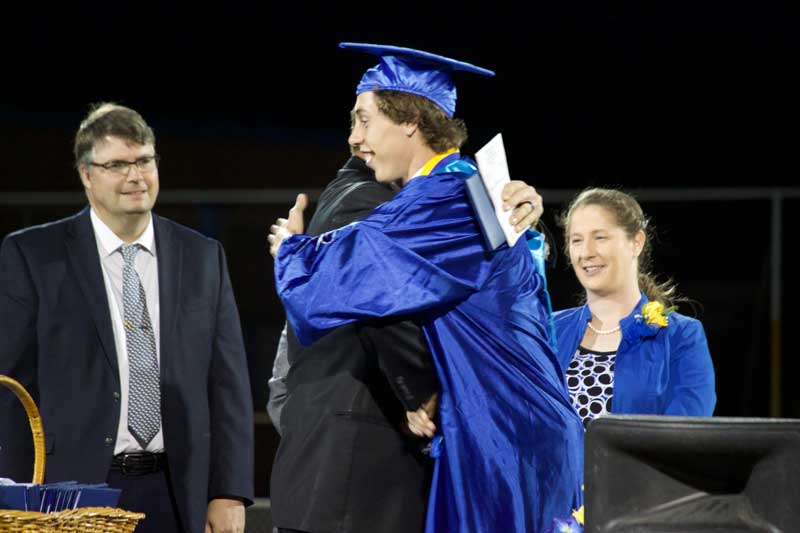 “Let us celebrate this experience, but let’s remember that there’s still much more to be accomplished – many more memories to be made and many more dreams to be reached for,” Kartchner said. “Let us continue to strive to do and be our very best.”