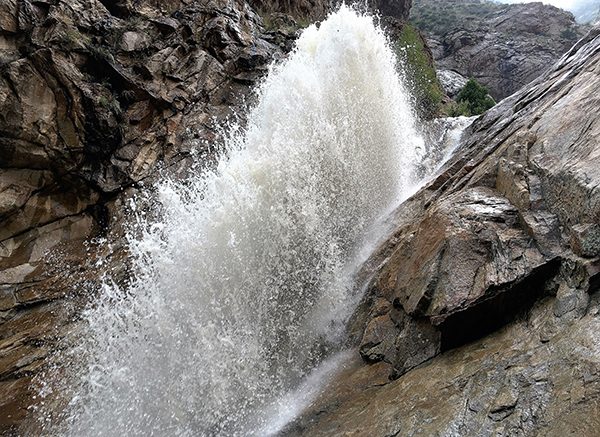 Jon Johnson Photo/Gila Valley Central: The area saw a significant amount of rainfall Wednesday thanks to the remnants of Hurricane Newton.

GRAHAM COUNTY – After practically raining all day and night Wednesday, many Gila Valley residents woke up to find new ponds had formed in their yards and schools. 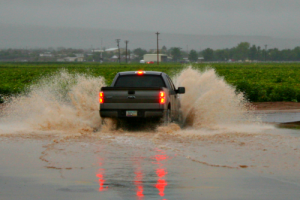 The precipitation was thanks to the remnants of Hurricane Newton, which gently released its precipitation slowly as it passed through on its way to New Mexico. Unlike a typical monsoon thunderstorm, there was no lightning or thunder, and instead of coming down in a quick burst, the rain was given a chance to soak up into the land.

Even though it was a soaking rain, the amount was so great that it filled up the area’s washes. According to the University of Arizona Meteorological Network, 2.8 inches of rain was recorded Wednesday at its agriculture center just east of Safford. A small amount early Thursday evening brought the recorded rainfall in the area to 8.31 inches for the year. 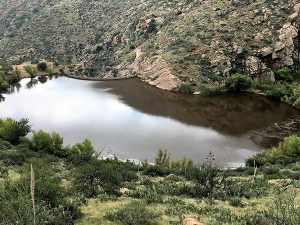 Jon Jonson Photo/Gila Valley Central: Frye Mesa Reservoir was filled to the brim due to water runoff from Mount Graham.