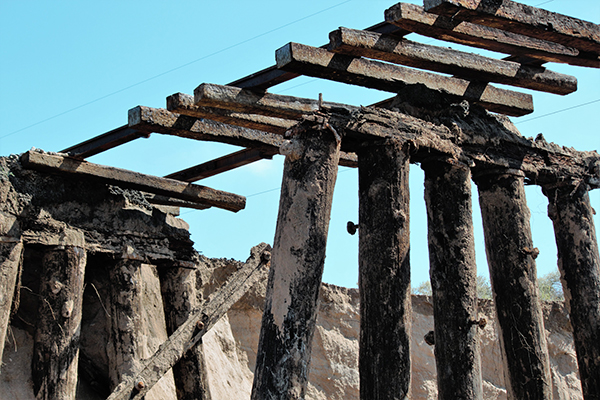 PIMA ­– The Matthewsville Wash train bridge two miles west of Pima was washed out Wednesday after torrential water eroded the cliff side.

Workers from the Arizona Eastern Railway (AZER) were busy re-directing the flow of water, which had been channeled around its normal flow after debris clogged the underpass. 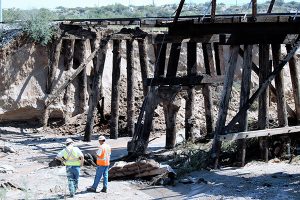 AZER operates 265 miles of railroad between Clifton and Miami. Its primary commodities include sulfuric acid and various forms of copper. It also has a trans load location for lumber, building materials and other consumer commodities at Globe.

Once the debris clogged the underpass, the flow of water that was diverted to the side was so great that it eroded a large swath of the cliff side, exposing the train bridge. The bridge then failed in several places along its eastern side.

Once the wash is reconfigured, workers will shore up the train bridge and reconstruct it. The job is expected to continue through the weekend with the railway becoming fully operational by Monday. 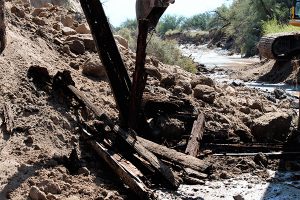 Jon Johnson Photo/Gila Valley Central: Water eroded the eastern cliff side of the Matthewsville Wash and washed out the train bridge.