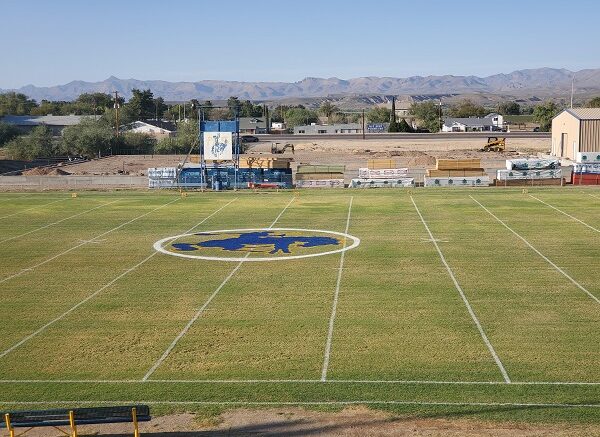 If you are looking for a high school football game to attend tonight you will have 4 different games to choose from. Let’s take a look at tonight’s matchups.

For the second week in a row the Pima Roughriders will have a tough matchup with a 3A opponent. Last week they held their ground for a half with Safford before falling 23-6.

Safford controlled the tempo of the game and limited Pima’s offensive possessions. “It’s hard to win when you never get the ball”, said Pima Heach Coach Jim Hughes.

The ‘Riders will have to deal with another big offensive line this week against Thatcher. “We will have to see if we can find a few speed bumps this week,” said Hughes.

You can hear the game live on KATO 1230 AM in the Gila Valley or online anywhere by clicking here.

Safford fans have to feel like they are playing with house money starting 2-0 with a late coaching change before the season. They will get 4A Empire at home this week with a strong chance to move to 3-0.

Empire beat Sahuarita 14-6 in their lone game this season. The same Sahuarita squad that Thatcher beat 53-7 the week before.

“Empire has some big athletic kids, we will need to limit mistakes and control the clock again this week,” said Safford Head Coach Bob Park.

Empire leads the overall series 5-2 but haven’t played each other since 2012.

The Morenci Wildcats are looking to rebound after taking a tough loss in Round Valley last week 46-7 in a game that coach Joe Garcia said the team “played well in spurts.”

Globe has struggled in their first two games giving up 57 and 60 in their two losses.

Look for Morenci to get back to basics tonight on offense and get back on track.

The overall series shows a slight advantage to Morenci with an 18-17-1 record vs Globe. This will be the first meeting since 2015.

Both teams are coming of lengthy COVID quarantines and will be trying to knock the rust off tonight.

Give the advantage to Fort Thomas because they do have 1 game under their belt this season.

This will be the 5th meeting between teams since 2015 with the series even at two games apiece.

Duncan has been up and down in their three games this season with a loss, then a win followed by a loss last week at San Manuel.

Duncan will need their defense to step up like they did in their shutout win at Superior in week 2. The Tigers have score over 60 points in both of their wins this season.

This will be the 15th meeting in the series. Duncan owns an 8-6 advantage.