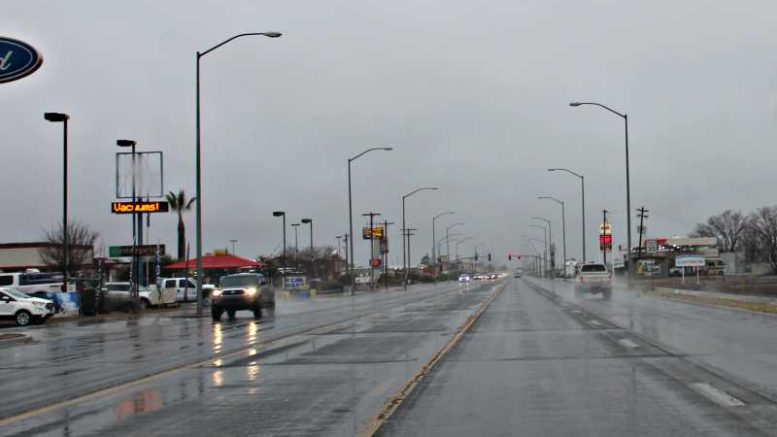 Brooke Curley Photo/Gila Valley Central: Drivers take to the roads, as the gentle rain continued to come down through the morning. .

THATCHER- A gentle rain, or a Female Rain, as multiple Native American tribes title it, began yesterday at roughly 2:45 pm, and continued on through the night.

Gila Valley Central ventured out this morning to capture photos of the rain and to survey whatever damage that may have been caused by it. To many residents’ relief, the rain has yet to cause any massive flooding. Gila Valley Central contacted Thatcher Police Chief Shaffen Woods, who said that he surveyed the area of Thatcher and was relieved to find no flooding. 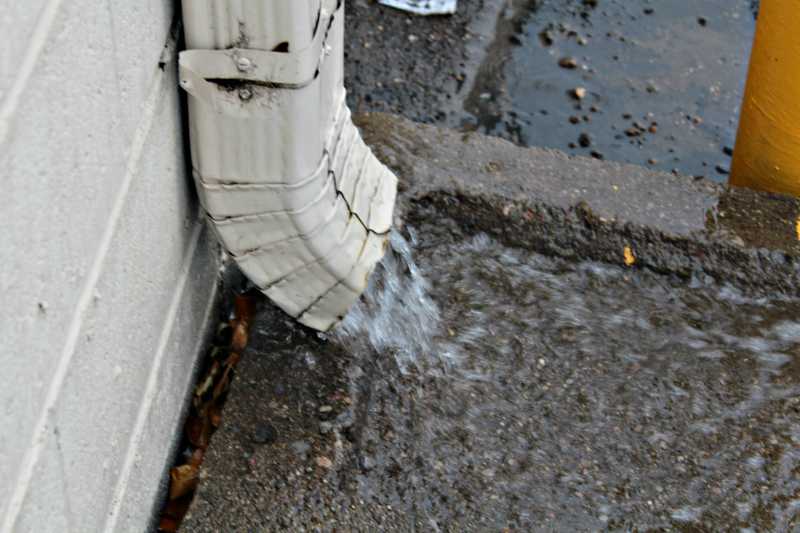 “I checked the washes this morning, and everything looks good,” Woods said. “These slow rains are great because the ground gets to absorb more of the rain instead of washing it away.”

According to the National Weather Service, the showers will gradually decrease in coverage over Thursday and Friday morning but will return Friday evening. Theses returning showers will be the most intense to the east and south of Tucson. However, dry conditions will be prevalent once again on Saturday. Another storm is expected to bring a slight chance of showers next week. 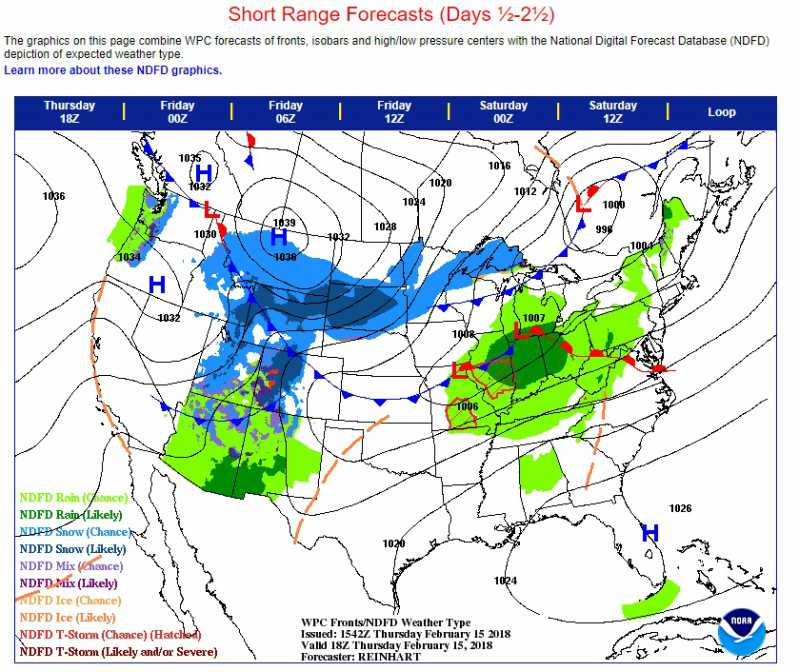 File acquired from National Weather Service: Today’s forecast calls for rain that will be diminishing throughout the evening.

“The widespread wetting rain across southeast Arizona will gradually diminish from west to east through this evening.
Rainfall amounts have been plentiful during the past 24 hours, with valley amounts ranging from one-half of an inch to a little over 1 inch. Much higher amounts in the mountains on the order of 2 to 4 inches so far. The short-term forecast looked in good shape, so no updates at this moment necessary.”- National Weather Service

The Safford Police Department did, however, release a warning through their Facebook page, urging drivers to be especially careful while on their commute. Although the water on the road is not ice, it can be a frictionless surface that can cause damage when traveled across at high speeds. And, the Safford Police Department also urged drivers to be especially cautious around school zones. 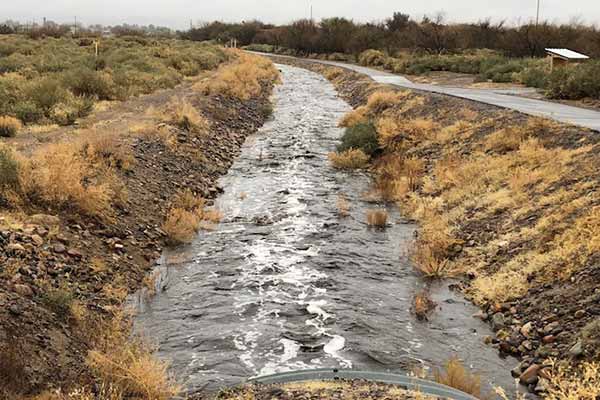 Cemetery Wash in Safford is channel area rains down to the river.