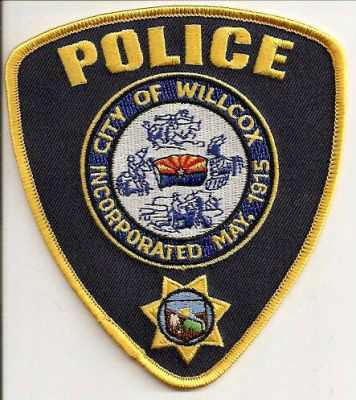 WILLCOX- After reports of shots fired, the Willcox Police Department responded to find a man barricaded in a residence.

The Cochise County Sheriff’s Office released a statement at roughly 12:00 pm, saying that the suspected that had barricaded himself inside his home was now in custody. According to the press release, the subject had been in the area of Manny Gonzales Park within the city limits of Willcox.

The subject had apparently barricaded himself within his home, and was armed. The Willcox Police Department responded, and requested the aid of the Sheriff’s Office Special Weapons and Tactics Team (SWAT) upon assessing the situation.

At roughly 12:00 pm, the Willcox Police Department declared that they had the single male suspect in custody without further incident. The Willcox Police is still at the scene, gathering evidence.

Although the shots were fired by a suspect across town, the Willcox School District put their buildings into lockdown. After the suspect was in custody, the schools lifted the lockdown.