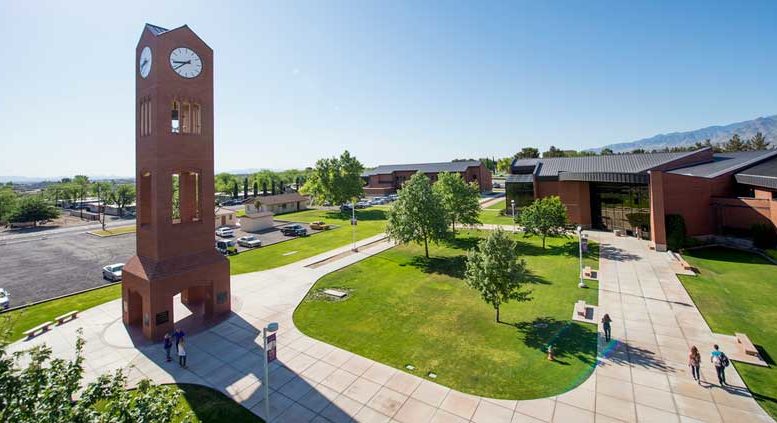 THATCHER — The Graham County Community College District Governing Board announced at its regular monthly meeting the names of the four finalists who have been invited to interview for the position of President at Eastern Arizona College.

The four finalists, Dr. Richard C. Daniel, of South Burlington, Vermont; Dr. Karla A. Fisher, of Beebe, Arkansas; Mr. Todd D. Haynie, of Thatcher; and Dr. Phil B. Mc Bride, also of Thatcher, have each accepted an invitation to interview for the position on the Thatcher Campus in the next few weeks.

Dr. Richard C. Daniel earned his Doctor of Philosophy in Educational Leadership and Policy Studies from Arizona State University in 2001, and his Master of Education in Higher Education Administration from ASU in 1991. In 1988, he earned his Bachelor of Science in Exercise Science, also from ASU.

She most recently served as Chancellor and CEO of Arkansas State University-Beebe. Prior to that, Dr. Fisher served as an associate at the Center for Community College Student Engagement at the University of Texas at Austin, and director of institutional marketing at Salt Lake Community College.

Mr. Todd D. Haynie earned his Master of Business Administration (MBA) With Distinction from Northern Arizona University in 1999, his Bachelor of Arts in Media Arts from Brigham Young University in 1996, and he is a proud alumnus of EAC, having earned his Associate of General Studies degree in 1993.

Mr. Haynie is currently serving as the director of marketing and public relations at Eastern Arizona College. He has also served EAC as the assistant director of Admissions. Prior to that, he worked as a producer at Educational Management Group, in Scottsdale, where he produced educational videos. Mr. Haynie has also served as an adjunct instructor in the Computer Department at EAC.

Dr. Phil McBride earned his Ph.D. in chemistry from Miami University in Oxford, Ohio, in 2003, and his Master of Arts in Teaching of Physical Sciences from Northern Arizona University in 1989. He earned his bachelor’s degree in secondary education from the University of Arizona in 1986 and is a proud alumnus of Eastern Arizona College, having graduated with an Associate of Applied Science degree in 1984.

Dr. McBride currently serves as dean of instruction supervising the Fine Arts, Mathematics, Nursing and Allied Health, and Science divisions as well as the Discovery Park Campus, a position that he has held for the past 10 years. He began his tenure at Eastern Arizona College in 1991 as a chemistry instructor. Prior to that, he was a chemistry, physics, and math teacher and football coach at Snowflake and Mogollon High Schools.

Dr. McBride will meet with the interview committee on Thursday, Oct. 12. After the formal interview, the candidate will have lunch with the search committee followed by an invitation-only public forum in the afternoon.

“We expect to be ready to make an offer to one of these candidates at our regular board meeting on Oct. 18,” said Governing Board President Lois Ann Moody. “We know the community is very interested to find out who the new president will be and we will announce the appointment just as soon as it is finalized.”

For more information about the college’s presidential search contact the district office at (928) 428-8231.