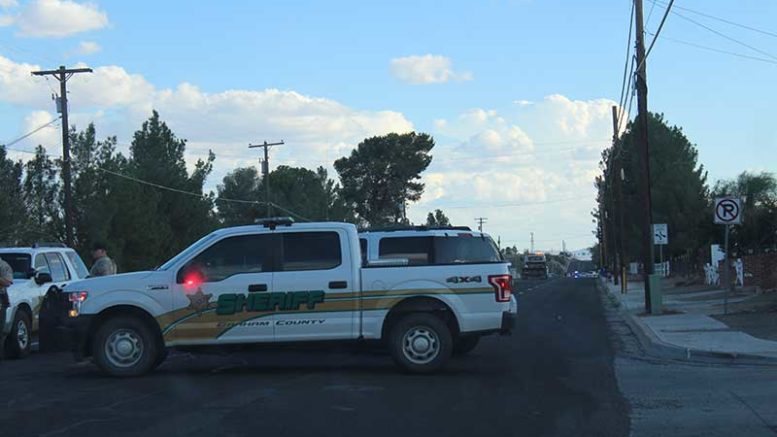 Officers were dispatched to the 2400 block of 1st. Avenue at about 3:53 p.m. regarding the collision.

According to witness statements, a silver Chevrolet sedan driven by Sabrina Sanchez was southbound on 1st Avenue at a high-rate of speed when she came upon a truck that was turning into a driveway. Sanchez allegedly was going too fast to brake for the truck, so instead, she swerved into another lane and ended up losing control and entering the lane of oncoming traffic. 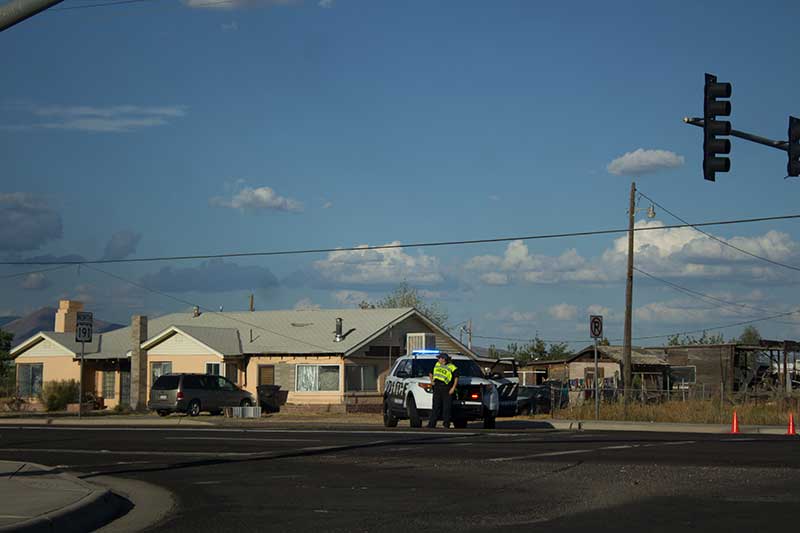 A silver Ford Mustang, driven by Mary McKinnon, was northbound and attempted to swerve to avoid the Chevy but was not successful. The two cars collided, sending shrapnel throughout the roadway. McKinnon later had to be extricated by the Safford Fire Department due to the extensive front-end damage to her car. A blue Chevrolet pickup truck was also struck in the front driver’s side, but its operator was not injured.

The roadway was closed until Nutcracker Towing removed them from the scene.

Sanchez allegedly told an officer that she was on her way to work at a prison south of Safford at the time of the collision and could not recall what happened.

Sanchez was later found at fault and given a citation for failure to control her speed to avoid a collision.

One flown to Tucson hospital after three-vehicle collision