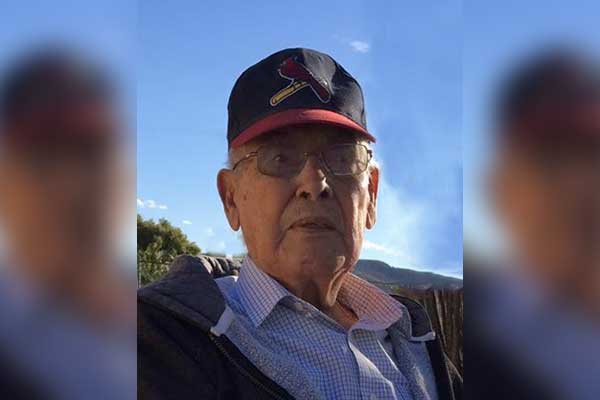 Felix M. Macias entered into rest August 19, 2019, surrounded by his children. He was born in Morenci on August 4, 1927, to Felix Macias Toledo and Magdalena Macias Macias.

He is preceded in death by: his beloved wife, Catherine Kingman Macias; his parents, and many brothers and sisters.

Felix is survived by: his children, Michael (Cathy), Christine (Robert), Cathy, Alice (Michael), Felicia (Lee) and Felix (Deborah); his sister-in-law, Virginia Lugo; brother-in-law, John Bartlett (Pinkie); many grandchildren and great-grandchildren; and nieces and nephews, all who loved him dearly.

Felix was raised by a single mother after the death of his father and sold wood collected around Morenci with his donkey, Canela, at his side to help his mother. Later, as a young teen, he worked at Madero’s Market.

After graduating from Morenci High School, he then worked at Phelps Dodge Mining Corp. He married the love of his life and, when returning home from his honeymoon, was greeted by draft papers. He served in the Korean War as a combat construction specialist.

He returned home and resumed his career as a large haul truck driver for the mine. Felix worked a full-time job until retiring at 91 years of age to allow for his chemo treatments.

He was seen around town with his clients, also known as his kids, for many years and served them well.

He loved his Lord and loved singing to him in the choir and was a self-taught organist.

Felix loved fishing and camping, and taught many the art. He loved texting and eating at the Golden Corral. He loved his family and gave everything he had to all.

Services will be Aug. 31, 2019, with family visitation starting at noon, at Holy Cross Parish in Morenci. Rosary is scheduled for 1 p.m. and Mass for 2 p.m. Burial of the ashes will follow at Sacred Heart Cemetery. Reception will follow at the Clifton American Legion