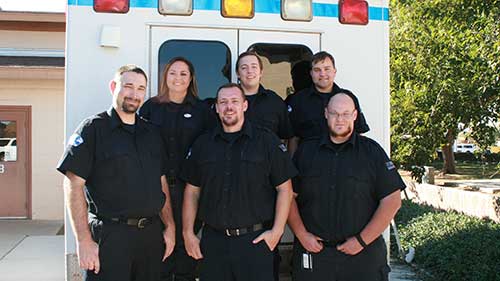 THATCHER- This year’s class of Emergency Medical Services (EMS) students number only six, but they are striving to change the world for those who follow in their footsteps by creating the first ever EMS scholarship.

The 2017 Eastern Arizona College (EAC) class of EMS students raised roughly $2,000 to fund themselves as they continue their education. However, this year’s “Mighty Six” class, as they have been dubbed by their instructor, is using this money to help build an EMS scholarship for future students. 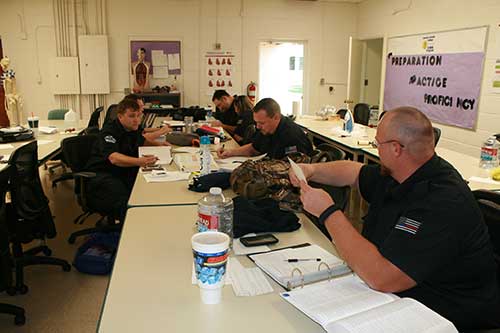 Unlike many other areas of education, the EMS program has no scholarship to help students pay for the cost of classes or supplies. In a Southern Arizona Emergency Medical Services council meeting, two members of the group, Jacob Carrelll and Joshua Stailey, announced, “We are experiencing first hand not only the intensity of the program but the added stress of the financial burden. Even as new as we are in the program, we would like to be able to prevent the next group, even if it’s just one person, from experiencing this. Therefore, we’d like to begin by starting a scholarship for our EMS brothers and sisters by doing this fundraiser to hopefully lesson their burden financially.”

The Might Six is working with EAC and the Mt. Graham Golf Course to bring about the Mighty Six Scholarship Tournament.  Not only are the Mighty Six hoping to raise money for the scholarship, but also to interact with the local community and change a negative stigma that has formed regarding the EMS profession.

“EMS is not popular or active in the community anymore,” Josh Carrell said. “We want to be the good guys again.”

The Mighty Six told Gila Valley Central that the EMS profession has a negative opinion associated with it because of long work hours and low pay. Similar to the teaching profession, an individual must feel a personal calling to work in this stressful field, according to the class.

“It’s a passion,” Kandice Solis said. “You have to have it.”

The public is invited to the scholarship game. Families are encouraged to bring their children and socialize. All of the proceeds from the golf tournament will go toward the Mighty Six Scholarship. The tournament is scheduled for Nov. 26, beginning at 8 a.m. Admission is $75 per golfer, which includes a spot on a four-person golf scramble, raffle, barbeque, and a kid’s zone. For registration and information call Sam Flood at 928-965-2805. 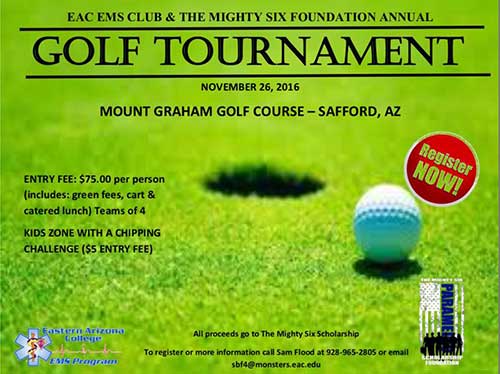