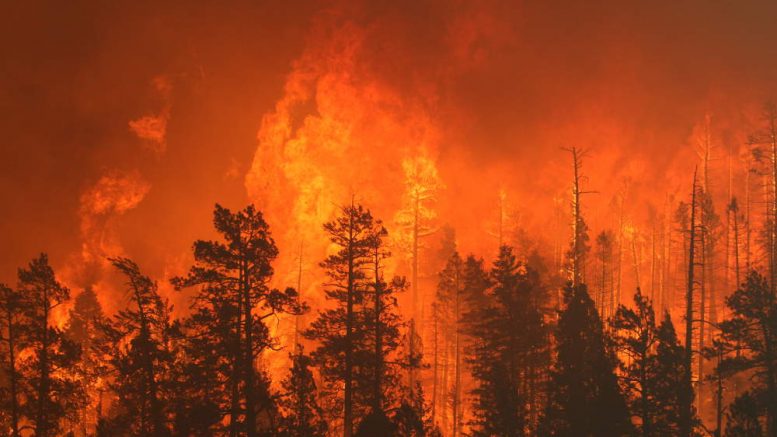 Contributed Photo/Apache-Sitgreaves National Forest: This 2011 image shows the Wallows Fire, which burned more than half a million acres and is a prime example of the risk posed by high fuel loads in the southwest. The Forest Service said due to lack of proper fire management and recreation-site funds, use of the Coronado National Forest could be limited in the future.

SAFFORD – The Coronado National Forest, including Mount Graham, is one of nature’s playgrounds enjoyed by many to escape the doldrums (or heat) of the city and enjoy the forest. That may be more difficult to do in the future, however, due to lack of funding for recreational areas and the danger of a devastating fire. Those were the topics of a public information meeting held Tuesday night.

Only 6 percent of visitors to the Coronado National Forest pay the required fees, according to United States Forest Service employees. That leaves a yearly deficit of nearly $2.5 million, and the agency wants community discussion about how to fill that gap, according to recreation specialist Stephanie Emery.

The meeting was a chance for the community to learn about the conditions in the Coronado National Forest and to provide feedback about different programs. Scott Glaspie, assistant fire management officer, spoke about a different kind of deficit: an ongoing shortfall in the amount of burns conducted to prevent fires that would harm property and the environment. Two people attended the meeting in the Safford Ranger District Office, surprising staff who said the bi-annual meeting is traditionally well attended. 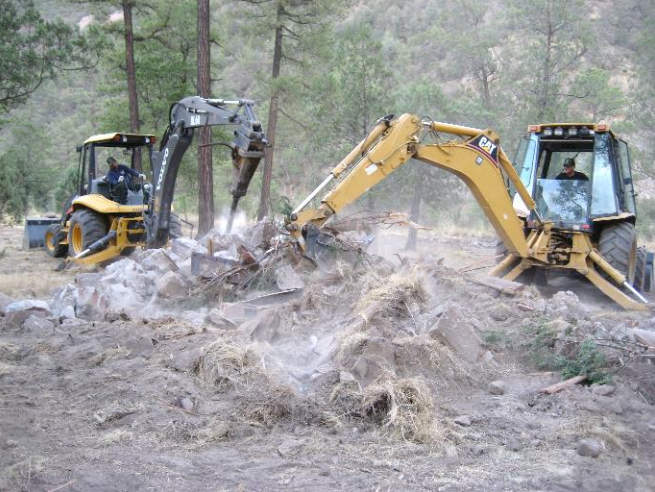 Other presentations included an update on range conditions and a presentation by the district biologist Lance Koch. He said because of low funding, he tries to piggyback on projects by other agencies to benefit wildlife.

However, the fees have not been increased since 1997 and are currently $10 (where required) for campsites. Emery said market level is around $20, since other National Forests in Arizona charge from $8-$36. At current payment levels, at the same sites, fees would have to be increased to $40 to close the gap.

The Columbine facilities on Mount Graham include bathrooms, corrals and picnic tables and cost $20,560 a year, but only $917 in fees were paid at that site in 2016. 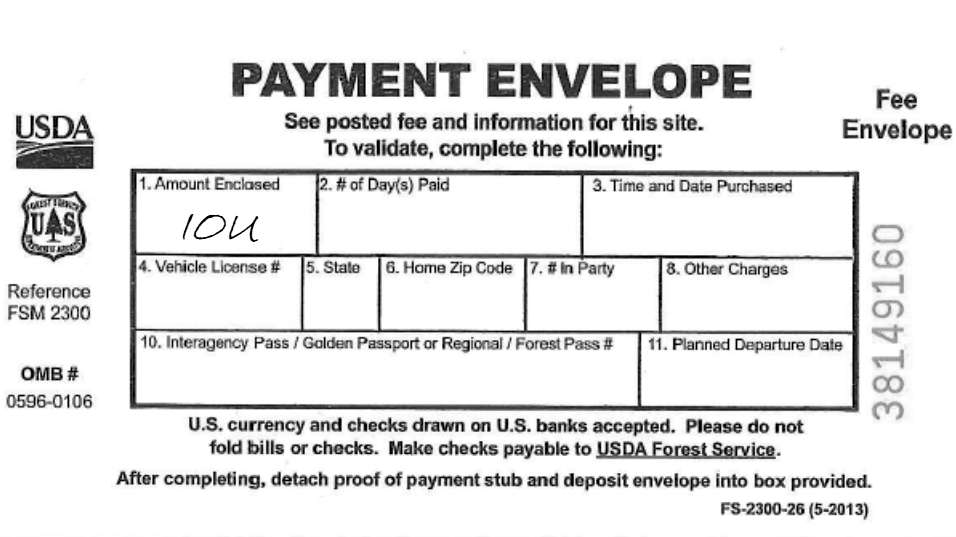 The answer to the problem is probably a combination of solutions, including raised fees, increased enforcement, raising visitor numbers, adding fees for sites that are currently free, adding a staffed payment booth or removing facilities. Estimated replacement costs for pit toilets and picnic areas are around $3.8 million. Emery said that some facilities have already been removed and more are near the chopping block, including those at Noon Creek, Columbine, Shannon and Clark Peak.

Acting District Ranger Tracy Weber said the district is seeking public input right now, as part of a national emphasis on increasing visitor numbers. The Forest Service has set up a website for community members to leave suggestions and concerns about the deficit: http://www.fs.usda.gov/goto/coronado/feereview . 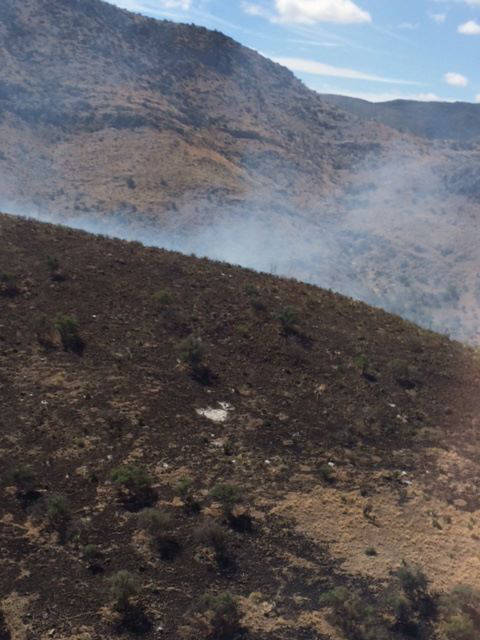 Contributed Photo/Coronado National Forest: This June 2016 image shows the Skeleton Fire, a lightning-caused burn in a remote section of the Peloncillo mountains. Instead of immediately extinguishing the blaze, fire crews managed the fire to reduce brush invasion in area grasslands.

“We’re trying to get people back out there enjoying public lands,” Weber said.

In his presentation, Glaspie said based on historical data, the Coronado National Forest needs to have 945,299 acres burned each year. Because of property concerns, manpower limitations and political challenges, the district is only burning 536,628 acres per year on average with controlled and natural burns. Those numbers only include Forest Service land and not surrounding lands that may also need fire management.

According to Glaspie, about 100 years ago the Forest Service began indiscriminately putting out all fires. Tree ring analysis reveals that regular forest fires are a part of the natural ecosystem. Some plants, including the common Ponderosa Pine tree, need fire as often as every five years.

Glaspie wants public and inter-agency discussion on how best to reach the yearly 945,299-acre burn goal, since even small efforts at fuel load control can lower the cost to fight a fire per acre. Fire management needs to extend off Forest Service property onto state trust land and ranching areas, and discussion needs to focus on how to implement strategies that eliminate property risk and inter-agency concerns. The Forest Service will host a public meeting to discuss those strategies near the beginning of the summer.