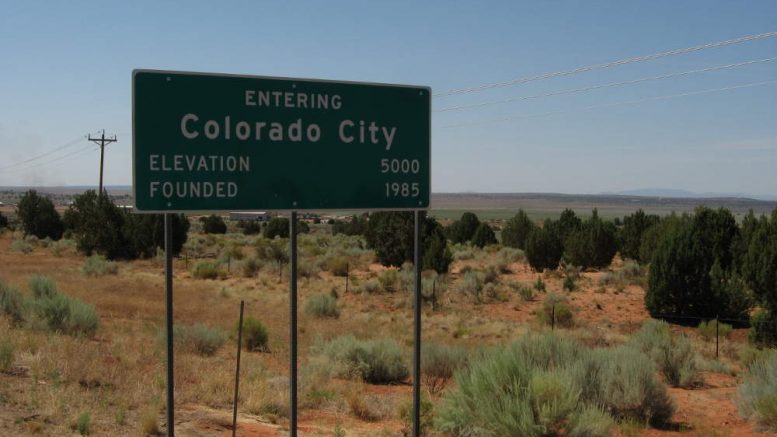 Contributed Photo: Colorado City operates as a branch of the polygamist Fundamentalist Church of Latter Day Saints, according to the Justice Department. The department seeks to have the Colorado City Marshall's Office disbanded, but a U.S. District judge instead ordered that the town's policing policies be revised and an independent mentor be appointed to advise the police chief. Image courtesy Ken Lund and used under the following license: https://creativecommons.org/licenses/by-sa/2.0/

PHOENIX (AP) — A judge has rejected a bid to disband a shared police department in a polygamous community on the Arizona-Utah border as a punishment for discriminating against people who aren’t members of the dominant religious sect in the sister cities.

Instead, U.S. District Judge H. Russel Holland issued an order Tuesday requiring police procedures to be revised and an independent mentor be appointed to advise the police chief in Colorado City, Arizona, and Hildale, Utah. The judge said he wasn’t persuaded by the U.S. Justice Department’s arguments to disband the Colorado City Marshal’s Office.

“The court deems disbandment of the CCMO as a last resort that should be employed only if less drastic remedies fail,” Holland said. 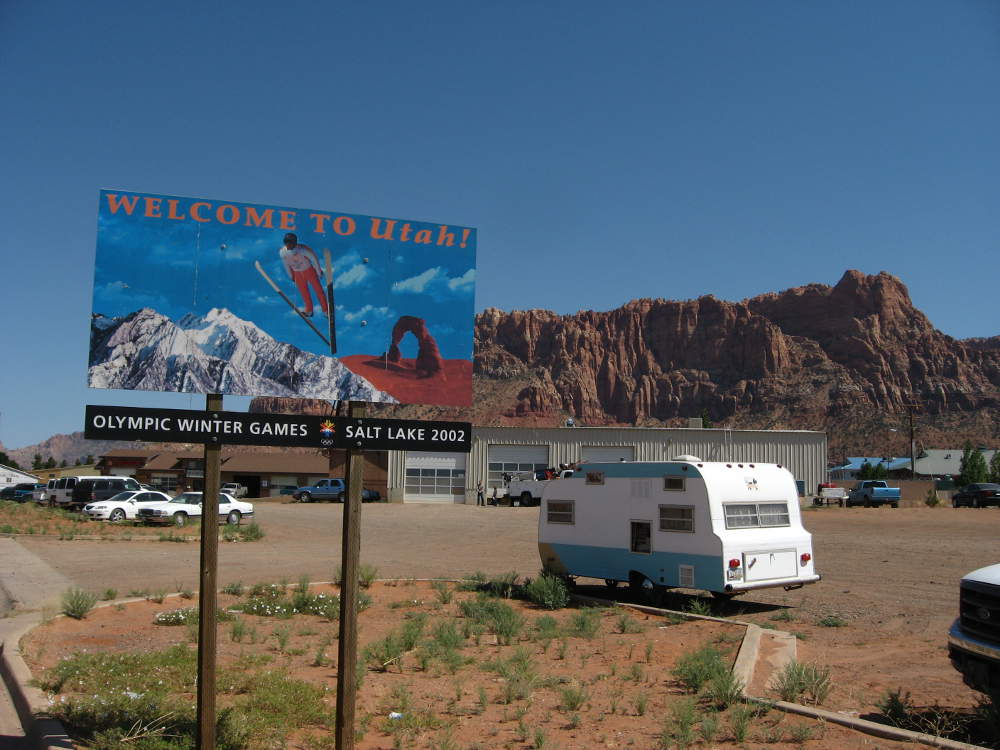 Contributed Photo: Hildale lies north of the Arizona-Utah border adjacent to Colorado City. A March 2016 jury found that both towns denied people who were not Fundamental Latter-Day Saints police protection and other municipal needs. Image courtesy Ken Lund and used under the following license: https://creativecommons.org/licenses/by-sa/2.0/

The judge said other police departments accused of wrongdoing that included serious injuries and deaths weren’t disbanded in the past. Holland said hiring an outside agency to police the towns also would be twice as expensive and would probably result in a lower level of police protection.

The disbandment request was a response to a March 2016 jury verdict in Arizona that found the towns denied nonbelievers police protection, building permits and water hookups in the adjacent towns.

Holland also ordered the appointment of an official who will monitor the towns on behalf of the court. The monitor will review municipal decisions that involve housing, as well as how the towns handle utility applications and citizen complaints that affect housing rights.

Jeff Matura, attorney for Colorado City, said disbandment would have been an extreme change. “Today’s ruling is a victory for municipalities throughout the country that have pushed back against overt government intrusion,” Matura said in a statement.

Blake Hamilton, an attorney representing Hildale, said in an email that “we are hopeful that the tools provided in the injunction — including a monitor, mentor and consultant — will be used in a way that enables the cities to move toward a better future.”

The civil rights case marked one of the boldest attempts to confront what critics have said was a corrupt regime in both towns. It provided a rare glimpse into the inner workings of secluded towns that are shrouded in secrecy and distrustful of the government and outsiders.

The Justice Department said the towns were operating as an arm of the Fundamentalist Church of Jesus Christ of Latter Day Saints, a radical offshoot of mainstream Mormonism, which disavowed polygamy more than 100 years ago.

The jury found the Colorado City Marshal’s Office violated the rights of nonbelievers by breaking the First Amendment’s promise that the government won’t show preference to a particular faith and force religion upon people. 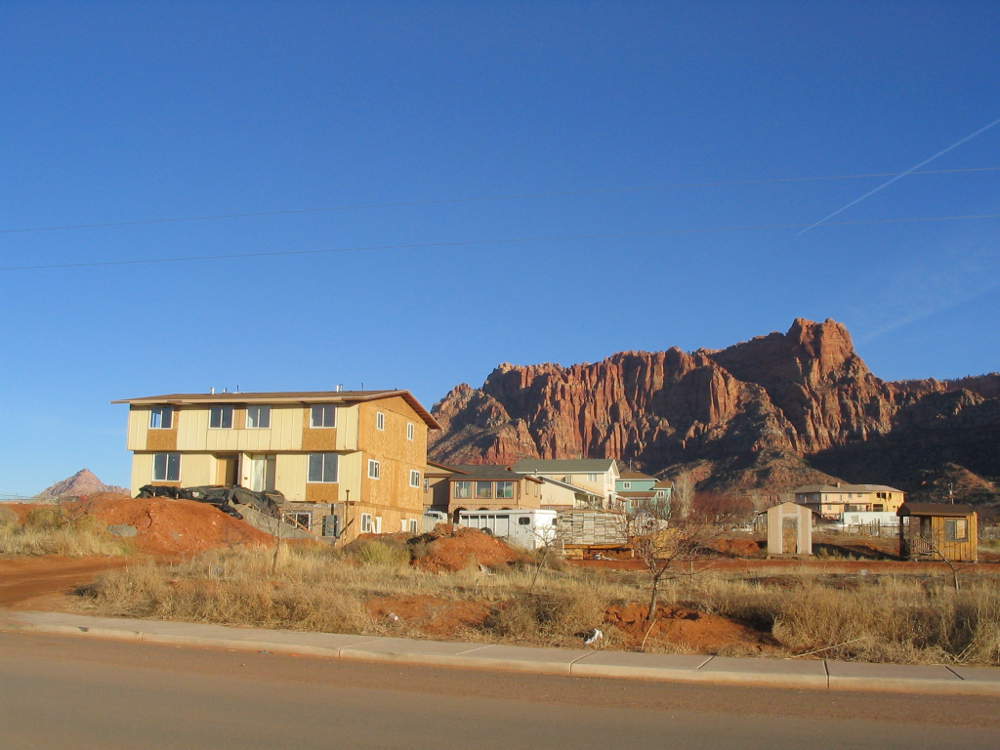 Contributed Photo: The Justice Department says Colorado City is affiliated with the Fundamentalist Church of Jesus Christ of Latter Day Saints and its prophet Warren Jeffs, who is serving a life sentence for sexual assaults on underage girls. Image courtesy Ken Lund and used under the following license: https://creativecommons.org/licenses/by-sa/2.0/

Jurors also concluded officers treated nonbelievers inequitably when providing police protection, arrested them without having probable cause and made unreasonable searches of their property.

Authorities say the sect’s activities are dictated by the commands of their jailed leader and prophet, Warren Jeffs, who is serving a life sentence in a Texas for sexually assaulting underage girls he considered wives.

Federal authorities said officers from the shared department claimed to have no information on Jeffs’ whereabouts while he was a fugitive, even though it was later discovered that some of them had written letters to the church leader during that time.

The Justice Department thought the disbandment was necessary because the church has in the past used the agency to enforce religious edicts. The leader of a trust that owns most of the real estate in the twin towns has said officers work against his group in carrying out evictions on homes and commercial properties in the towns.

If the disbandment request had been granted, it would have marked the first time that a police agency had been folded as a result of a civil rights case brought by the Justice Department.

Follow Jacques Billeaud at twitter.com/jacquesbilleaud. His work can be found at https://www.apnews.com/search/jacques%20billeaud.