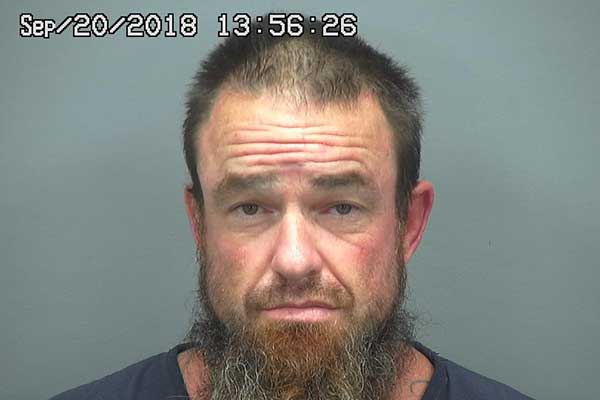 Thatcher police and Graham County Sheriff’s deputies apprehended a man who allegedly stole a black Polaris Razor in front of the EAC residence towers. Authorities received a call about the alleged theft at about 3:30 Thursday morning. The reporting party said that a subject in a black mask stole the vehicle.

Approximately 20 minutes later, a Sheriff’s deputy travelling south on Reay Lane passed the vehicle near the railroad tracks. The deputy turned around and caught up the vehicle at Highway 70 where it stopped for a red light. Before the deputy could read the license plate the Razor turned right onto Highway 70 and sped off eastbound at a high rate of speed.

The Razor turned left on 8th Avenue in Thatcher and travelled north to First Street where the driver attempted to make a left turn. Due to the rate of speed and the wet pavement, the driver of the Razor lost control and spun around, facing the opposite direction. The deputy who had been pursuing him pulled up in front of the Razor.

The deputy noted that the driver was wearing a dark colored bandana-style face mask covering his face from his nose down. The driver was also wearing sunglasses.

The Razor backed up and tried to speed away, heading west on First Avenue, but lost control again and spun around. The Razor then sped off and turned right on Reay lane with the deputy in pursuit. The deputy clocked the Razor’s speed at about 85 miles per hour.

The Razor slowed down as it approached Marshall Lane and turned right onto a dirt road. In his frantic effort to get away from authorities, the driver of the Razor failed to negotiate a curve and drove straight into 4 to 5-foot-deep pit that was full of water due to heavy rains that night. The driver was unable to get the vehicle out of the water pit.

The deputy approached the driver with drawn weapon and ordered him to show his hands and get on the ground. The suspect did not comply and began running down the farm roads. A Thatcher police officer joined the pursuit on foot and attempted to tase the suspect but was unsuccessful. The Thatcher officer caught up the suspect and tackled him to the ground and the deputy placed handcuffs on the man.

The suspect was identified as Jace Wissinger. The officers found two cell phones on Wissinger’s person. While they continued their search, one of the cell phones rang. Wissenger asked one of the officers to answer the phone for him. When the deputy answered the phone, a male voice on the other end asked Wissinger where he was. Wissinger apparently responded that he had been caught and that he was probably going back to prison. The deputy then disconnected the call.

The Razor was pulled out of the water and Wissinger was turned over to the Thatcher and Safford Police Departments for questioning.