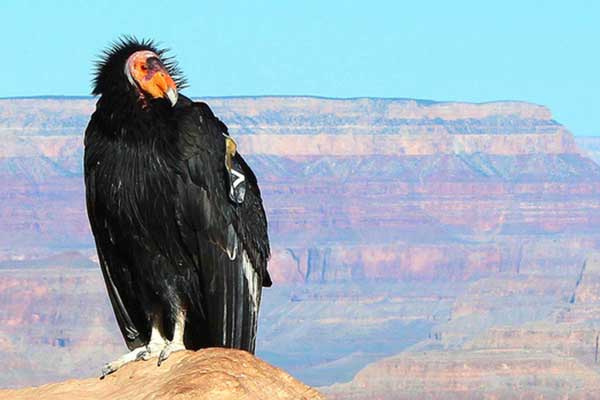 Ariz. – Arizonans this month have a chance to join in celebrating an endangered species success story.

There were only around 22 California condors left in the world in the 1980s. They’re still critically endangered and face a number of environmental and man-made threats.

But, thanks to conservation efforts, condor numbers have been rising steadily for decades. The population is now around 500, and about 85 live in northern Arizona and southern Utah.

“It’s a program in action that people have access to,” he points out. “And that’s something unique for endangered species management.

“Usually, there are so few individuals of that species, and there are protected areas, and the beauty of this is, it’s open and available to the public year-round.”

If visitors can’t make it to the birds’ release, Parish says the condors can be spotted throughout the year between the Grand Canyon and Zion National Park.

Parish sees protecting public lands as essential to the future of endangered species like the California condor. He says the Public Lands Day condor event is a chance to showcase how federal and state lands agencies work in partnership with nonprofit groups and the public.

This is the 23rd year condors are being released in Arizona. The Peregrine Fund monitors the birds to track their survival rate, and says the birds’ biggest threat after release is lead poisoning from ingesting lead ammunition from hunters.