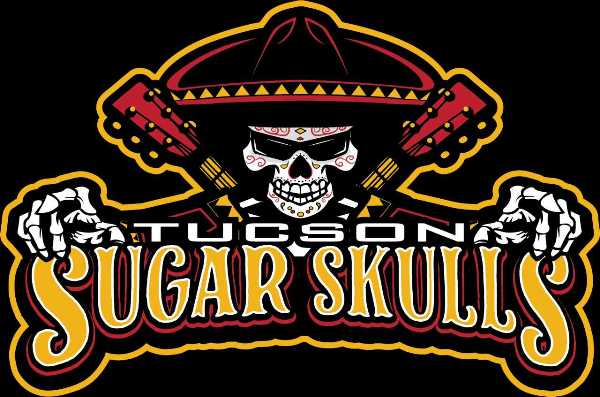 Tucson has it’s first professional football team and it will be part of the Indoor Football League. The team has been named the Tucson Sugar Skulls following a fan contest.

“We wanted our name to reflect the culture and the history of Tucson,” said Sugar Skulls Owner and Founder Cathy Guy. “We believe Sugar Skulls captures the identity of our community and the people who live here. As important as its connection to the city is that the name is unique in professional sports and will forever be linked to Tucson.” Guy is the wife of current Arizona Rattlers Head Coach, Kevin Guy.

Sugar Skulls was among the more than 1,000 submissions in a Name-the-Team contest that began on Aug. 23 when the formation of the team was announced. Leah Rhey, who resides in Sahuarita, submitted the name and wins two Sugar Skulls season tickets for the inaugural season which begins in March at the Tucson Arena.

The team colors will be black and gold with red accents.

The announcement of the team name was made at a Name & Logo Reveal celebration presented by Tucson Federal Credit Union and held Thursday, Sept. 20, at the MSA Annex at Mercado San Augustin near downtown Tucson. The event was a celebration with music, food, drinks, fire dancers, stilt walkers, fire cannons and face painters.

“We want all Sugar Skulls events – including games – to be a reflection of the sugar skulls tradition of celebrations, honor and festivity,” said Executive Director Mike Feder. “It’s a tradition that dates back hundreds of years and we will treat the name with the dignity and the respect that it deserves while hopefully establishing some new traditions.”