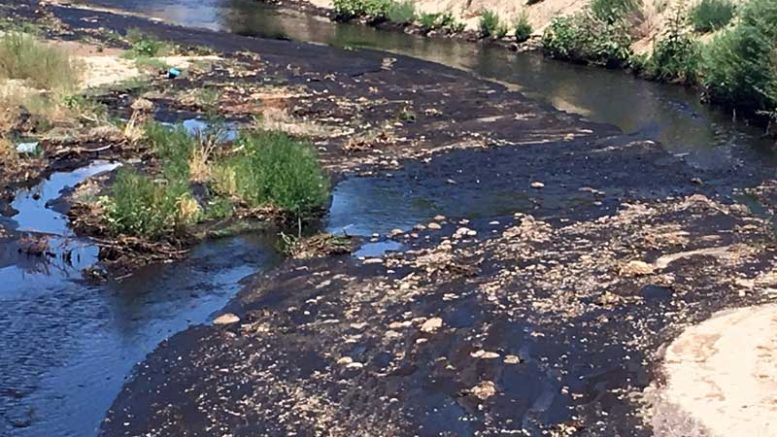 Jon Johnson Photo/Gila Valley Central: Black ashy runoff from the Frye Fire makes its way down Cottonwood Wash on its way to the Gila River. So far, the runoff has mostly been beneficial.

Additional rain could cause problems

PIMA – It’s black and smelly, but so far the ash runoff from the Frye Fire has been mostly beneficial to the town of Pima and the surrounding community.

The Burned Area Emergency Response Team (BAER) completed its soil burn severity map recently and said of the 48,433 acres only 1,917 acres (about 5 percent) received a rating of high burn severity. Roughly 5,318 acres received a moderate burn severity rating and the majority of the fire, 31,447 acres, was listed as low severity. The rating reflects the level of impact the fire had on soil cover and vegetation used to protect the impact on the watersheds. 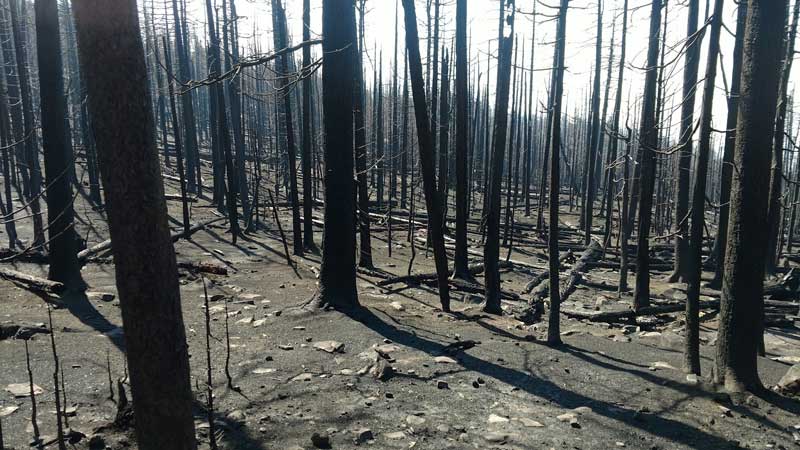 Contributed Photo/Courtesy LBTO J. Riedl: Ash coats the ground covering areas burned by the Frye Fire. The BAER Team reported only about 5 percent of the fire was a high-severity burn such as this.

Pima received roughly 1.25 inches of rain overnight from Wednesday to Thursday, but it was a sustained, soaking rain. Mount Graham and its foothills received the same rain, and as it washed the mountain, the black, ashy water came rumbling through town. However, since it was over a longer period of time, the waterways and canals held, though there were various reports of soil erosion and debris in the Union Canal and in Ash Creek. 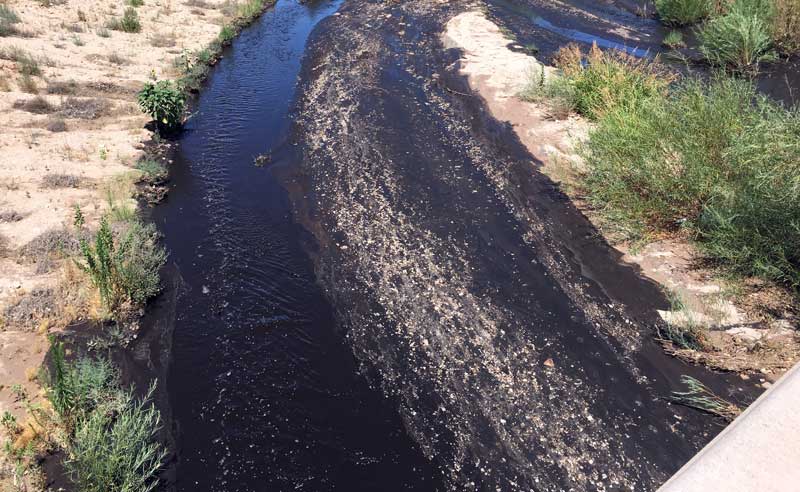 Resident Christy Bryce told Gila Valley Central that she and her husband were awoken from the early Thursday morning storm. She took some pictures of the runoff from Ash Creek near her home southwest of Pima.

“It was so heavy we wanted to take a look,” Bryce said. “We’re north of the mountain, but whenever there’s a lot of rain, especially during monsoon season, the wash right behind our place will get pretty heavy and so we were curious to see if we were going to see a lot of ash . . . The next morning, the evidence was pretty definitive.”

Bryce said a nearby cotton farmer allowed the water come down through his field to relieve the pressure and avoid flooding for others, but the next morning he was concerned about what it would do to the plants. However, Pima Interim Town Manager Sean Lewis said the ash-laden water should actually be good for the cotton field unless the flow ends up blocking the field with debris. 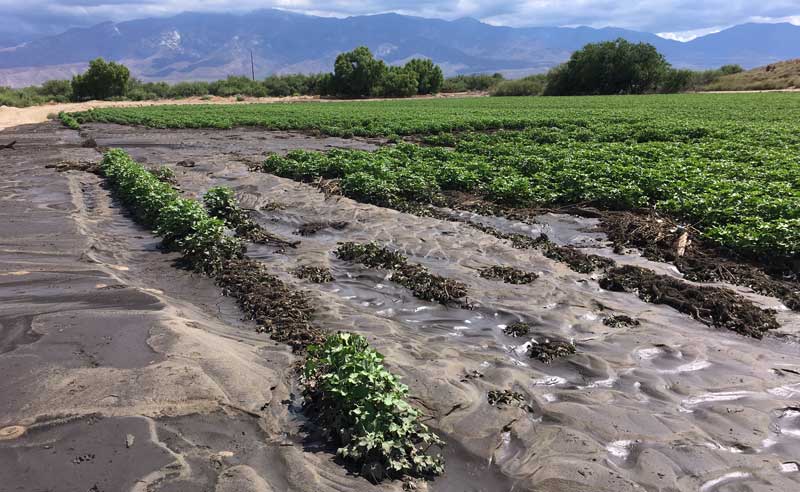 “It (the ash water) should be good for most types of vegetation,” Lewis said. “That’s why fire areas grow their grass back so fast and they green up so quick. It’s actually a very good fertilizer . . . From what is coming down right now in our washes, it’s probably going to be very beneficial.” 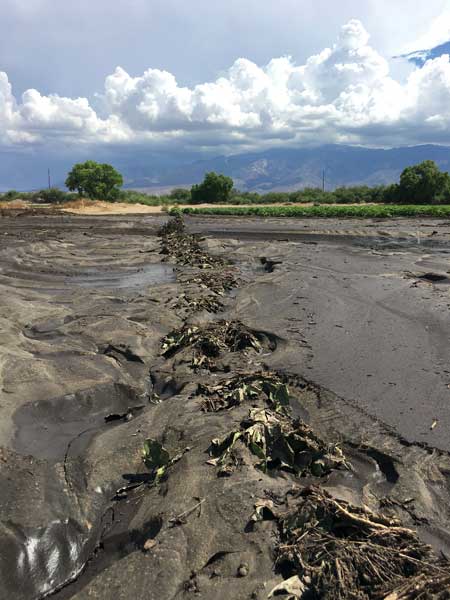 Contributed Photo/Courtesy Christy Bryce: This row of cotton got washed out from the ash water.

Ash is taken in by plants in the form of nutrients and can be beneficial as a fertilizer with potassium, calcium and magnesium and other trace elements depending on what type of plant material was burned. However, too much of a good thing can still be bad, and if too much is allowed on the plants it could resemble what would be consistent with an over application of nutrients.

While the ash could be good for the plant, this particular field took on too much of the ashy water and a few of the cotton rows were washed out.

Bryce reported that the ash-laden mud was roughly half an inch deep in the area, covering the normal earth.

Pima is susceptible to flooding through Ash Creek and Mud Hollow and has taken proactive steps to clear out canals and waterways to better handle the flowing ash and debris that could be expected.

Bryce said she and family members saw erosion in the area and that a canal boss with the Gila Valley Irrigation District arrived the next morning to try and clear the canal of debris that allowed some water to overflow outward from the canal. 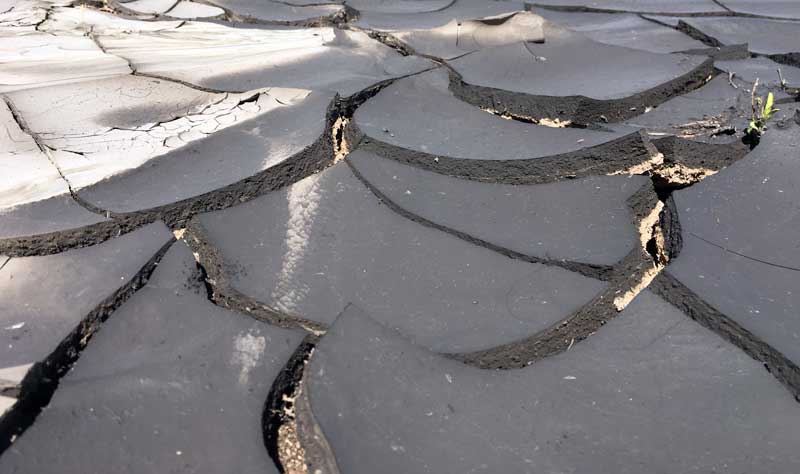 Lewis said in the small doses that the area is currently receiving, the ash isn’t doing any damage. He warned, however, that with additional rains continuing to saturate the ground, future storms could still pose a problem.

“Right now we’re looking pretty good but every day that could change,” Lewis said. the more and more rain we get, the more water is in the ground and the less it can soak up. So if we get a big rain now it could be trouble.” 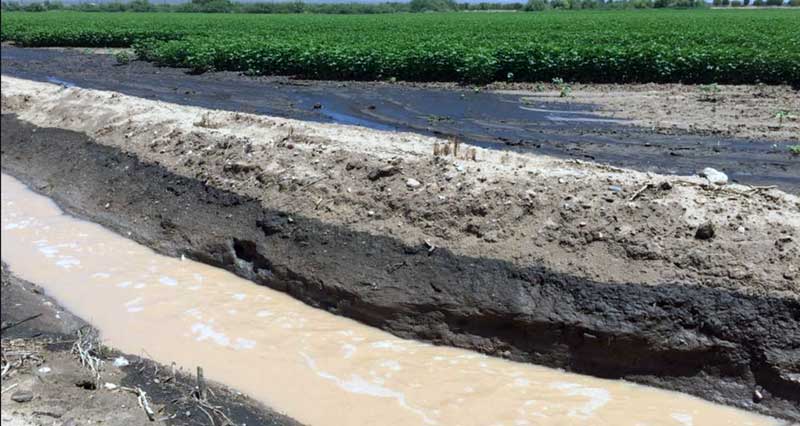 Contributed Photo/Courtesy Christy Bryce: The canal was back to flowing its normal color water the following day, but the telltale sign of the black water high mark was easy to spot.

Sandbags are available in each municipality and in the county as stated in the graphic below. 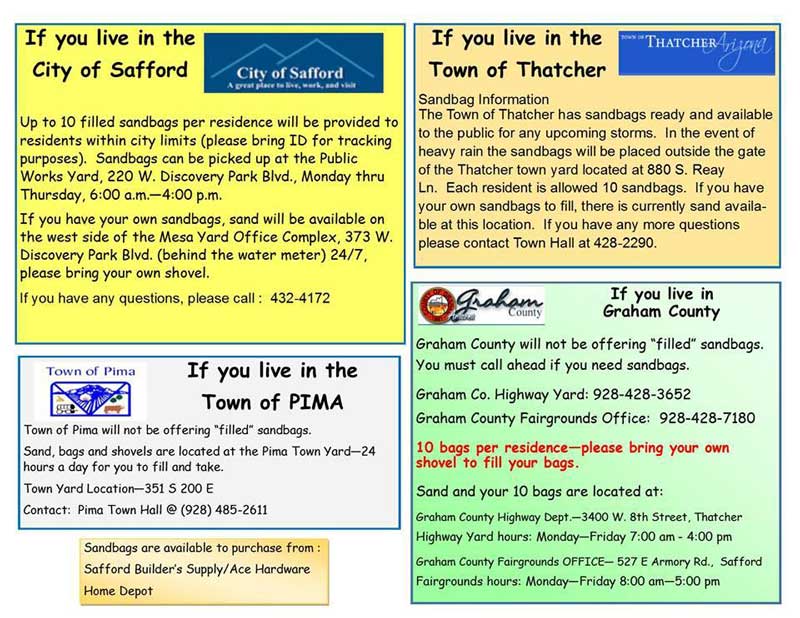