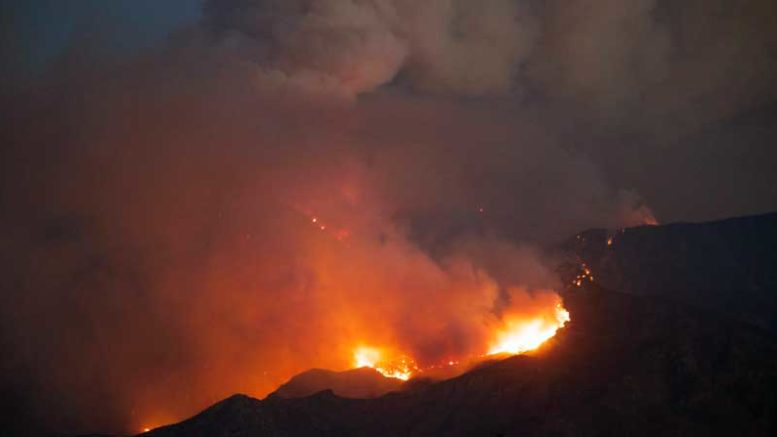 Back burn operations continues around Columbine and MGIO

MOUNT GRAHAM – The sound of the helicopter is unmistakeable. It’s engine roars as it comes nearer, yet one cannot see it. Suddenly, it appears out of the flames and smoke and drops its load, hoping to stifle the flames licking at the doorsteps of structures at Columbine and the Mount Graham International Observatory (MGIO).

The stunning event has been played out over and over recently, as fire crews utilize air support from a CH-47 Chinook firefighting helicopter along the ridge to check the flames as they spread ever closer to the structures on Mount Graham. 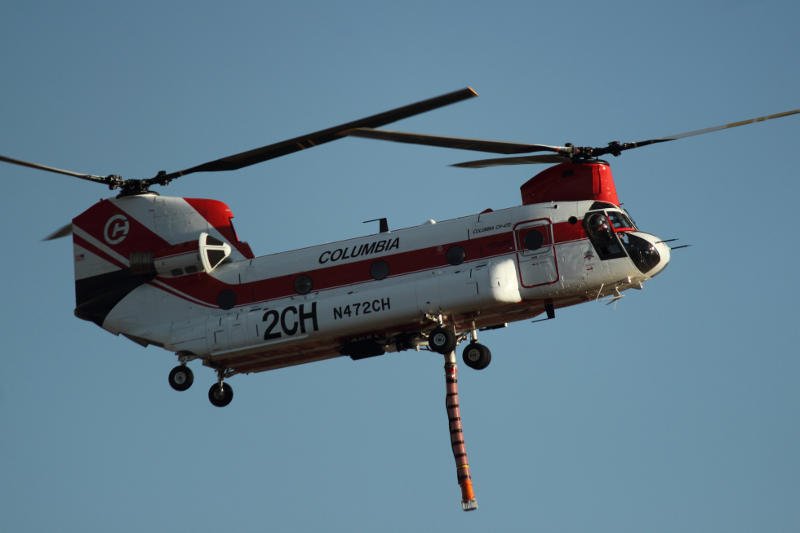 Eric Burk Photo/Gila Valley Central: A CH-47 “Chinook” firefighting helicopter prepares to land at the Safford Airport. The snorkel dangling underneath the aircraft, is used to suck water out of lakes and ponds to then dump on fires.

Firefighters are well-prepared for the oncoming flames, in fact the’ve been counting on it; painstakingly building and improving mile after mile of control lines, ready to perform burn out operations as needed. 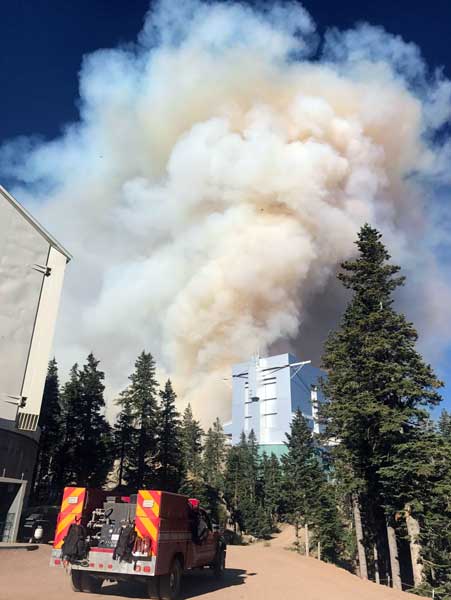 Contributed Photo/Courtesy Coronado Fire District: Smoke bellows from behind the telescopes of the MGIO during back burn operations.

“This fire is going to go until it rains,” James said.

Unfortunately, the weather forecast doesn’t have rain in sight, just sweltering heat with extremely low humidity, which has transformed the fuel for the fire from smoldering logs to tinder boxes. 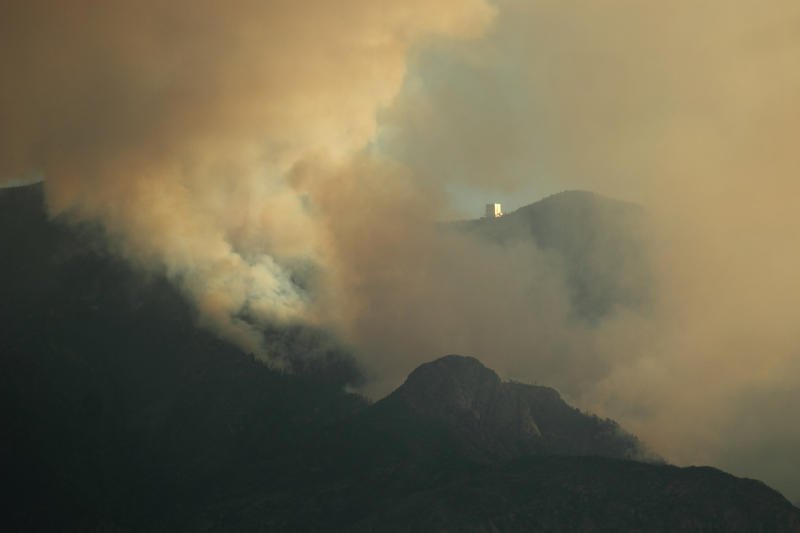 That doesn’t mean all is lost, however, just that the fire is likely to continue for a while. Fire lines have been set for more than 10 miles, and the firefighters at the top of the mountain are ready to make their stand. 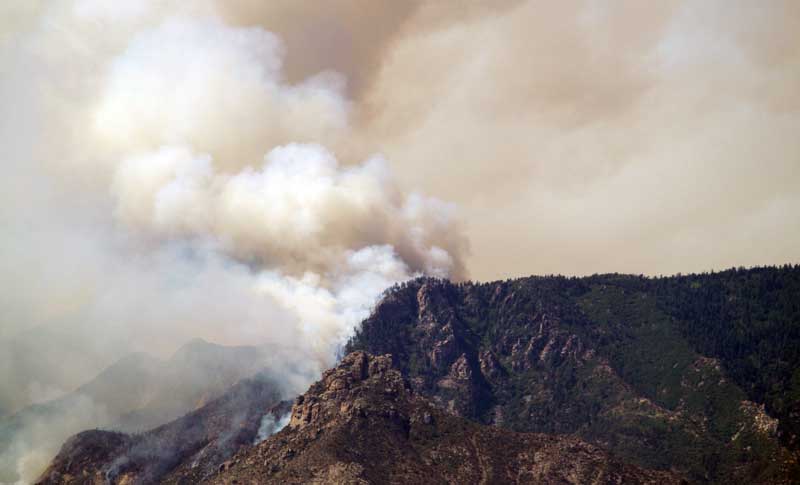 Yesterday, a fire line was lit around the bottom edge of the perimeter to help lessen the fire’s strength so the majority of firefighters could remain focused on protecting the assets at the top of the mountain. Lower elevation fuels are predominantly brush and grass and are easier to deal with than the timber, downed logs and standing dead trees left over from the 2004 Nuttall Complex Fire. 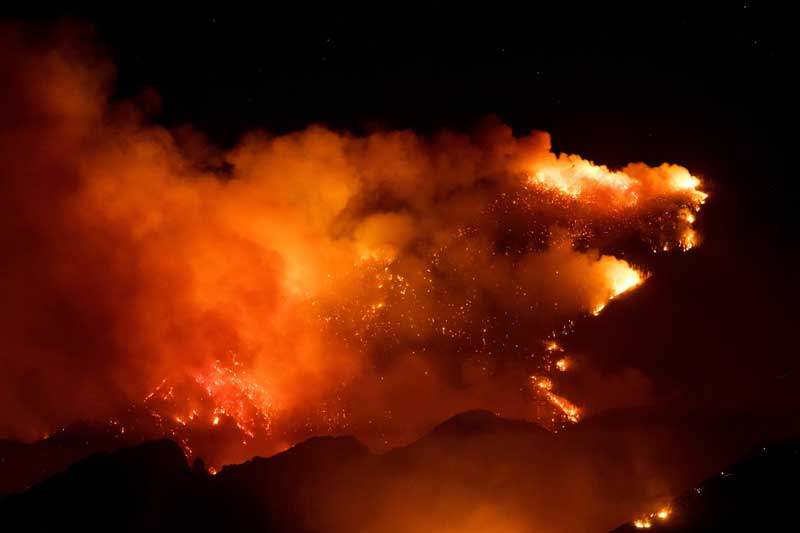 Contributed Photo/Courtesy Katie Cluff: The Frye Fire grew in intensity due to the low humidity and continues to spread across Mount Graham.

The fire has moved up Ash Creek and west into Shingle Mill drainage, but the Forest Service believes it will be successful at containing the fire at the head of Ash Creek with successful back burning operations around Columbine and the MGIO, which it has been preparing for almost since the fire started.

The Frye Fire was started by lightning on June 7 at about 2:45 p.m.