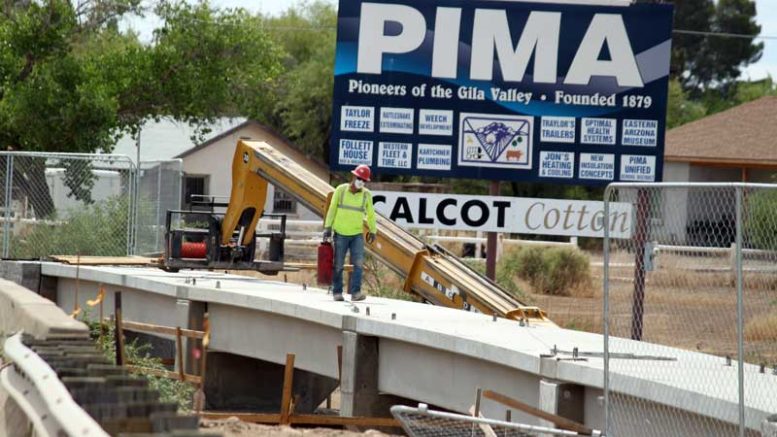 Jon Johnson Photo/Gila Valley Central: A construction worker walks across the new pedestrian bridge in Pima. The bridge is scheduled to open before the end of the month.

GRAHAM COUNTY – The Arizona Department of Transportation has two highway projects going on at opposite sides of the Gila Valley and both are on schedule.

The first to be completed will be the Pima pedestrian bridge and pathway along U.S. Highway 70 on the western edge of Pima. Five months after construction began, the project is expected to finish in the coming weeks and be open for use before the end of May, according to ADOT Safford District Engineer Bill Harmon. 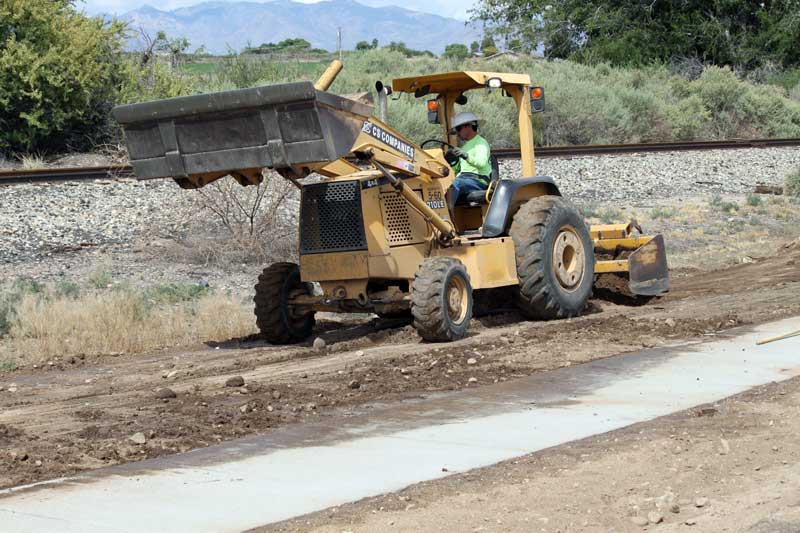 The project consists of a half mile of concrete sidewalk from 300 West to 200 North (Tripp Canyon) along the southern shoulder of U.S. Highway 70 and includes a free-standing 233-foot, four-span, pre-stressed concrete girder pedestrian bridge across Cottonwood Wash.

The bridge is in between the existing Cottonwood Wash Bridge, which carries highway traffic, and the railroad bridge and is the same grade as the rest of the sidewalk. When complete, it will feature a chain link fence to discourage people from climbing on it. The bridge will be strictly for pedestrian and non motorized traffic.

The pathway will connect to existing sidewalks in Pima and will allow pedestrians to get from the interior of the town to the burgeoning west side and vice versa without having to walk on the highway or train bridge. 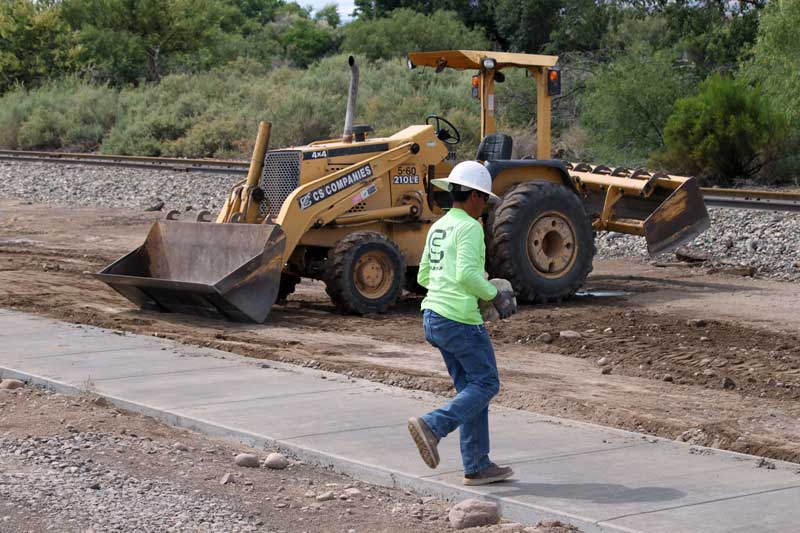 “It’s a good project,” Harmon previously said. “It’s a neat project. It will be well used and serve the public well and keep the kids off the highway or off the railroad tracks.”

ADOT’s $2.7 million preservation project to repave U.S. Highway 191 from Highway 366 (Swift Trail) to 45th Street will likely continue until the end of June. The project is being completed by Tempe-based FNF Construction, a leading company in the heavy-highway industry that has completed a large number of projects in Graham County, Arizona and various other states. 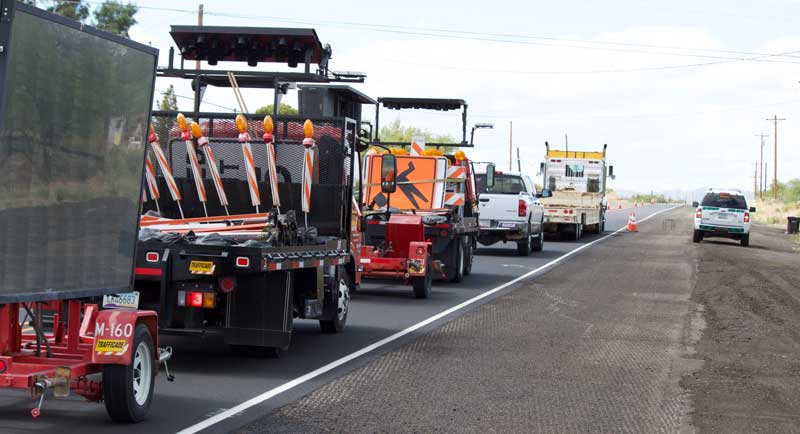 The project relayers the existing roadway and necessitates one-way traffic with a pilot car, which causes slight delays along the construction route. The project also puts down a layer of asphalt at every adjoining road and driveway off the highway along the route.  About half of the roadway is complete.

“That project is basically what is called a ‘mill and fill’ but we’re doing a special layer to help reduce the cracking,” Harmon said. “We’re scheduled to conclude that project hopefully before the monsoon starts.”

Harmon said ADOT would soon advertise for its upcoming highway improvement project in Bylas, that is scheduled to begin later this summer.

That project will include upgraded lighting, new curb and gutter, raised median, pathway work and a pedestrian beacon.

Pima Pedestrian Bridge open for business, and business is good