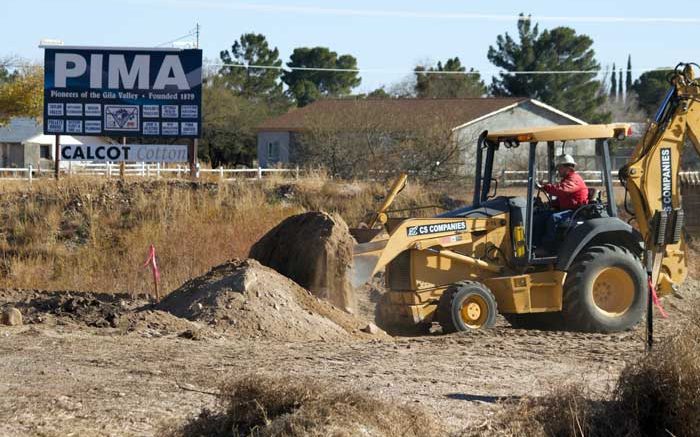 Jon Johnson Photo/Gila Valley Central: A front-end loader moves some dirt at the site of the proposed Pima pedestrian bridge. Construction on the bridge and pathway recently began. The project is expected to be complete by summer.

The project consists of a half mile of 6-foot-wide concrete sidewalk from 300 West to 200 North (Tripp Canyon) along the southern shoulder of U.S. Highway 70 and will include a free-standing 233-foot four-span, pre-stressed concrete girder pedestrian bridge across Cottonwood Wash.

The bridge will be in between the existing Cottonwood Wash Bridge, which carries highway traffic, and the railroad bridge. It will be the same width (6-foot) as the rest of the pathway and will be along the same grade and feature a chain link fence to discourage people from climbing on it. The bridge will be strictly for pedestrian and non motorized traffic.

The pathway will connect to existing sidewalks in Pima and will allow pedestrians to get from the interior of the town to the burgeoning west side and vice versa without having to walk on the highway or train bridge.

“It’s a good project,” Harmon said. “It’s a neat project. It will be well used and serve the public well and keep the kids off the highway or off the railroad tracks.” 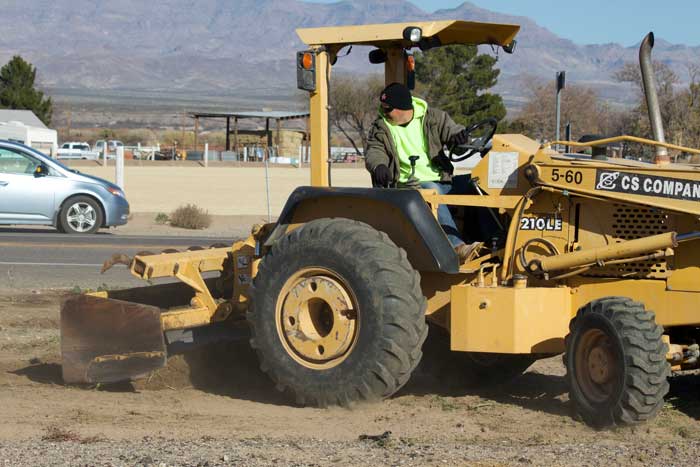 While heavy machinery is currently preparing the area, construction should increase after the new year begins. Harmon said the project should be fully completed and open for business by this summer.

“It’s an unusual feature for this corner of the world but not completely unique,” Harmon said. “There are pedestrian bridges elsewhere. This one, I think, will actually be used quite a bit because it has the same grade as the sidewalk. You don’t have to climb up and over something and then go back down.”

Pima Pedestrian Bridge open for business, and business is good