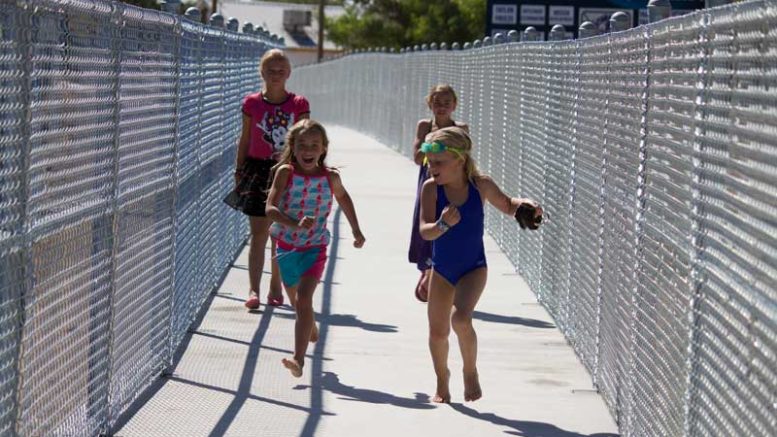 Jon Johnson Photo/Gila Valley Central: After years in the making, the Pima Pedestrian Bridge is complete and open for business. Pictured are girls utilizing the bridge to return from swim team practice. They are, front, from left, Josie Peterson and Avalon Johnson; back, from left, Ambrosia Johnson and Hinckley Nelson.

PIMA – If you build it, they will come.

Nearly every morning since the gates were left open last week, the Pima Pedestrian Bridge has been loaded with bicyclists riding across Cottonwood Wash, no longer having to brave the crossing on U.S. Highway 70. 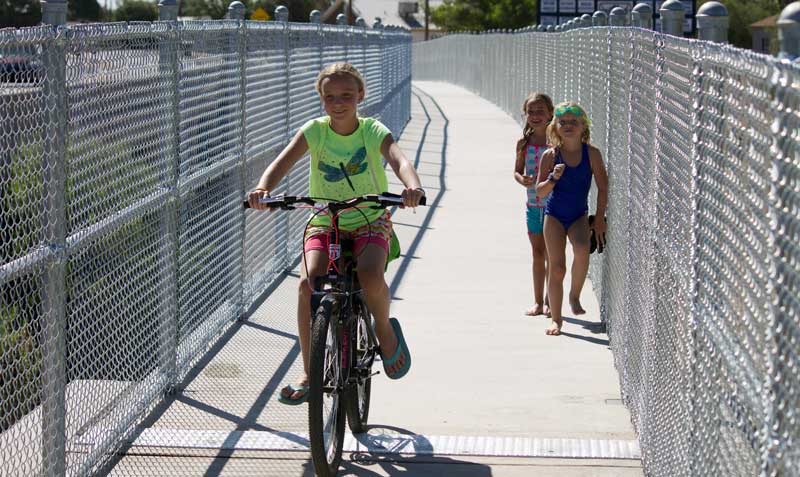 “That’s great,” said Arizona Department of Transportation Safford District Engineer Bill Harmon. “They’ve been waiting a long time for that. I’m glad it’s there for the kids to use.”

After passing inspection by ADOT on Thursday, the bridge is officially open. 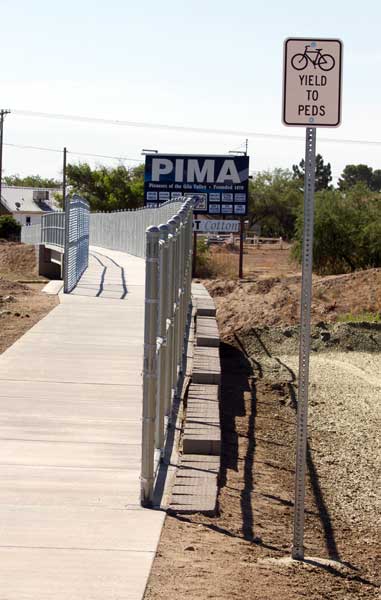 The project consists of a half mile of concrete sidewalk from 300 West to 200 North (Tripp Canyon) along the southern shoulder of U.S. Highway 70 and includes a free-standing 233-foot, four-span, pre-stressed concrete girder pedestrian bridge across Cottonwood Wash. 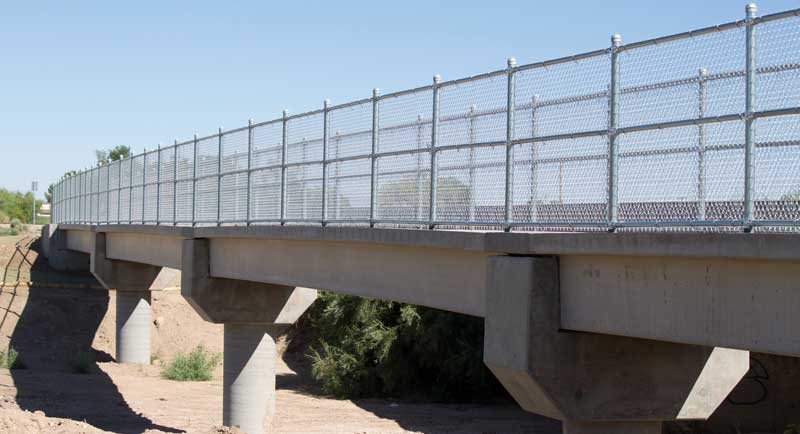 Jon Johnson Photo/Gila Valley Central: This photo shows a cross section of the bridge portion that extends down into Cottonwood Wash.

The bridge is in between the existing Cottonwood Wash Bridge, which carries highway traffic, and the railroad bridge and is the same grade as the rest of the sidewalk. It features a chain link fence for safety and is strictly for pedestrian and non motorized traffic.

Jon Johnson Photo/Gila Valley Central: While the bridge is new, it has already been tagged by spray paint.

The pathway connects to existing sidewalks in Pima and allows pedestrians to get from the interior of the town to the burgeoning west side and vice versa without having to walk on the highway or train bridge. 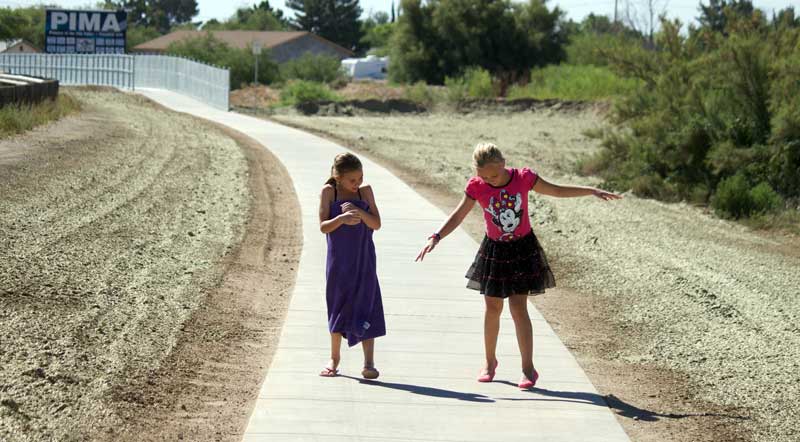 Kaija Hale-Barney, 11, utilizes the bridge to ride her bicycle to and from swim team practice. She said she likes it because she no longer has to ride on the highway. 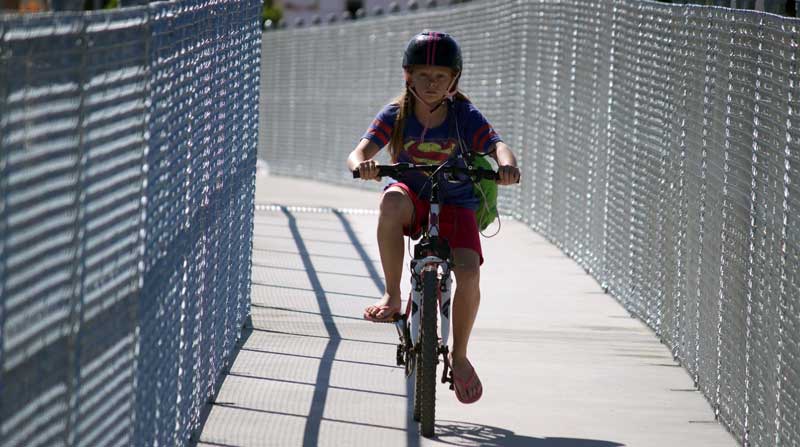 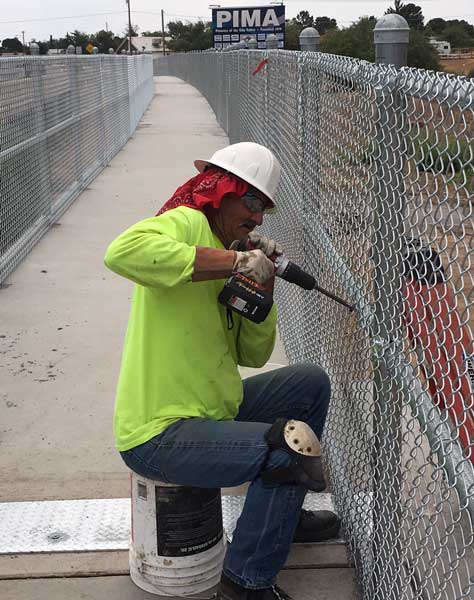 C S Construction Project Supervisor Todd Wells said while the project had a couple of hiccups, everyone was great to work with and it came out great. While the project was built to design, ADOT required the contractor to redo a section of sidewalk because it felt the elevation was too low and could cause problems down the road.

“It’s probably a good thing that it happened,” Wells said.

Fence worker Johnny Mendez from Brown and White of Tucson helped construct the fence on the bridge. He deemed the project a good one to do for the community’s safety.

“I’m glad it’s up for the kids,” Mendez said. “The other day I saw this lady riding her bike with her two kids and about a minute later a semi came blasting through here. If she would have been right there when it came through, she would have been wiped out.”