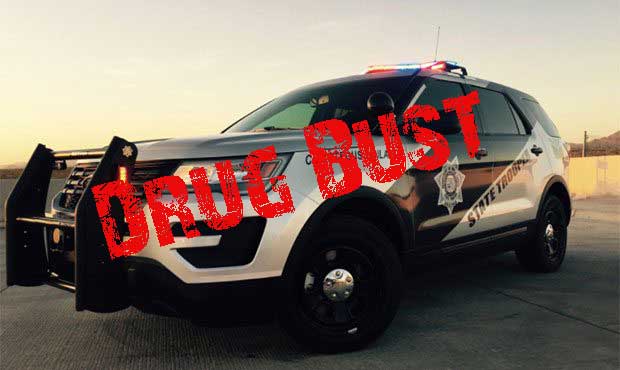 Payson, Ariz. – On June 5, 2018, at about 8:00 a.m., a trooper stopped a vehicle for a traffic violation on State Route 87 near Payson. While speaking with the driver, the trooper observed indicators of possible criminal activity. During a search of the vehicle, 56.5 pounds of meth, 4.3 grams of marijuana, a handgun and over $1,000 in cash were discovered.

State detectives took disposition of the investigation and seized the contraband. The street value of the meth is $2.5 million, making it one of the largest meth seizures in Gila County to date.

The driver and two passengers are residents of Hobbs, New Mexico. All three were booked into the Gila County jail with the following charges:

The suspects arrested were:

Passenger: Cesar A. Huerta age 20 had additional charges for:

AZDPS Major George Manera said, “This is one of the largest methamphetamine seizures to occur in Gila County and will make an impact on the distribution of this type of dangerous drug throughout the country. We are committed to disrupting the flow of illegal drugs in Arizona, no matter what area it occurs in.”