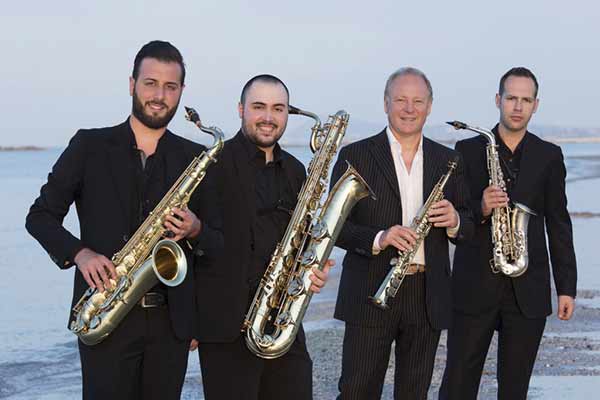 The Gila Valley Arts Council is proud to present the Italian Saxophone Quartet, on Tuesday, February 20, 2018, 7:00 p.m. at the David M. Player Center for the Arts.

“Think you don‘t like saxophone quartets? Oh my, think again! . . . A revelation . . . knocked me out from the first notes.” —Monterey Peninsula Herald

The Italian Saxophone Quartet was founded in 1982 by four saxophone soloists, close friends determined to join together to perform chamber music for saxophone at the very highest artistic level. Since then, they have played to wide acclaim in more than 500 concerts in Italy (including the most important concert institutions), France, Germany, Spain, Greece, Japan, USA, Sweden, Lebanon, Bermuda and Russia. The quartet’s concerts have been recorded and broadcast by the Italian RAI-Radio 1 and RAI-Radio 3 as well as by Swedish, German, Japanese and American national radios.

The quartet won a number of important chamber music competitions including the unanimous First Prize, plus a special prize, at the prestigious “Premio Ancona” in Italy.

Among their important projects, in 1999 the quartet performed Berio’s work “Outis” with the Symphony Orchestra of Milan’s Teatro alla Scala. They appeared as soloists with the Malipiero Symphony Orchestra in works by Piazzolla and Dubois, and collaborated with the Fonè String Quartet on the creation a new arrangement of the Art of the Fugue by J.S. Bach for string and saxophone quartets, which was premiered at the XXII International Chamber Music Festival in Asolo.

Italian Saxophones Quartet’s annual tours of the United States have brought them to New York City (where they showcased at the annual Arts Presenters Conference), the Da Camera Society of Los Angeles, and venues in New York State, California, Florida, Georgia, Texas, Ohio, Iowa, Kansas, Louisiana, Colorado, Oregon, Washington, Minnesota, Idaho and Alaska. A highlight of their current season is their Washington DC début with two concerts on the prestigious Dumbarton Oaks series in Washington DC.

International activities include concerts at the Bermuda International Festival, the Alicante Festival (Spain), the Oleg Kagan Musikfest in Munich (Germany), the Palaces of St. Petersburg Chamber Music Festival (Russia), and the Al Bustan Festival in Beirut.

Their discography include two CDs on the Delos label and a CD of contemporary music on the Pentaphon label.

“Every note of the evening was exquisite, and this team really knew how to put on a show . . . spanned the globe and musical styles . . . perfection of style, timing, and showmanship . . . they had us all dancing and frolicking right along with them . . . Bravissimo!”—Sarasota Herald Tribune

“As close to a religious experience as you could get without being in church.”—L.A. Observed

An overwhelming success . . . It was standing room only to hear an extraordinary performance by four of the top saxophonists on the international scene. The unsurpassed masters immersed the audience in an indescribable atmosphere . . . Ethereal and sensual sounds alternated with blazing virtuosity . . . The audience was conquered, and entranced, and they exploded in a standing ovation, demanding encore after encore—and were rewarded again and again.” —Il Corriere Adriatico

Tickets are currently on sale at Richards Music, 428-2442, Pollock’s Western Outfitters and online at www.saffordcenterforthearts.com or at the door. Adult ticket prices this year are only $10 or $15 and are all reserved seating. New this year are special prices for children and students at just $5.00. Adults can purchase tickets in the $10-$15 range and purchase children seats right next to them for only $5.00. GVAC is offering a great way for families to have quality time together.

The GVAC Fine Arts concert series is made possible in several ways. The Italian Saxophone Quartet received special funding from Western State Arts Federation (WESTAF) to support this residency and performance. GVAC is also very grateful for the support received from the United Way of Graham County, Freeport McMoRan Copper and Gold, the Arizona Community Foundation of the Gila Valley, the Arizona Commission of the Arts and for the promotions provided by the Eastern Arizona Courier and MAJIK 100.7 KJIK-FM radio. We also thank many of you, our individual member donors who join as supporting members every year giving out of their personal pockets.

Thanks to all of you for supporting the arts. If you might be interested in helping them in this effort, please contact their president, Tom Green, at 428-0081. 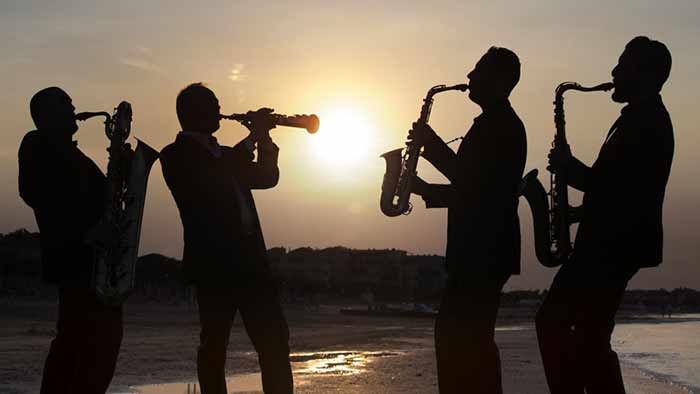