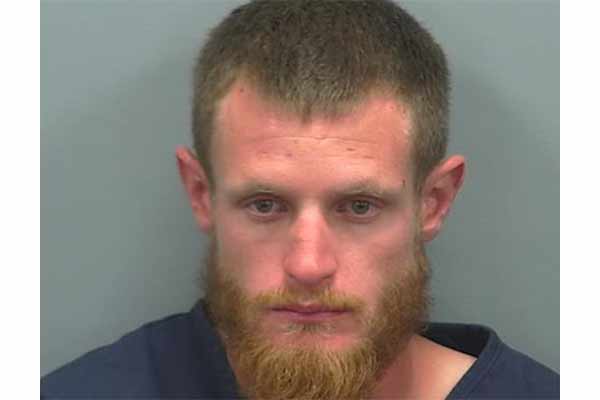 Graham County – Sheriff’s Deputies were dispatched to an apartment complex on 8th Street in Thatcher on Friday, February 2, regarding a domestic dispute between a woman and her boyfriend, identified as Jacob Johnson. When authorities arrived, they found Johnson running toward the back of the apartment building. Officers detained him and placed him in a patrol car while they investigated the situation.

Johnson’s girlfriend reportedly told officers that she and Johnson were having a verbal argument in the apartment. The woman said she called her mother to pick up her two young children because she and Johnson were fighting. The woman told deputies that she has a 2-year-old and a one-month-old baby. After explaining the situation with her children, she again said that the fight was just verbal and not physical.

When asked why she called her mom if it was not a major fight, the woman responded that she didn’t want to fight in front of the kids. The woman gave permission for deputies to go inside the apartment and look around. The officers reported that there was no obvious damage and nothing suspicious in the apartment.

The mother of the woman said that when her daughter called her to pick up the kids, she could hear yelling over the phone. When the mother called authorities, she apparently reported that Johnson was drunk and had pushed her daughter while she was holding the baby.

The mother reported that when she called the authorities, Johnson got a trash bag and took it the dumpster. According to the police report, “she said that he probably got his beer and whatever else and threw it away so we wouldn’t find it.”

When Johnson was interviewed at the scene, he claimed the fight with Sarah was just verbal and never physical. Johnson insisted that he never pushed his girlfriend’s mother. He said he just tried to block her from getting inside the residence. When asked about the bag that he threw away before the deputies arrived, Johnson reportedly admitted to drinking a couple of beers. Johnson said that he was on probation and that he was not supposed to be drinking.

Johnson was advised that he was under arrest and was transported to the Graham County Jail.

While on the way to jail Johnson reportedly claimed that his girlfriend was the one on drugs. Johnson said the DUI’s he had received were for driving under the influence of meth and not alcohol. According to the police report, “Jacob said that he is not going to give a urine sample and he will refuse. Jacob said how will they charge him with anything if he refuses to pee for them.”