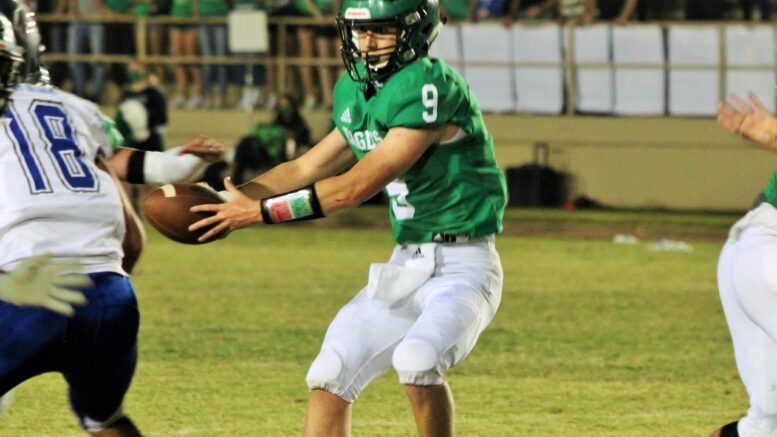 Thatcher's Mark Wren hands off against Snowflake before he was moved to running back. Photo by Ricky Crisp

THATCHER — 1,000 yards rushing and 19 touchdowns is a great 10 game season for most running backs. Thatcher High’s Mark Wren did it in just 6 games to lead the Eagles into the 3A Quarterfinals last week. For his efforts the 3A South coaches voted him as the Offensive Player of the Year in the Region.

Although Wren was the only local athlete named to a POY list there was a plethora of Gila Valley football players named to All-Region Teams. The local 3A players list is below.