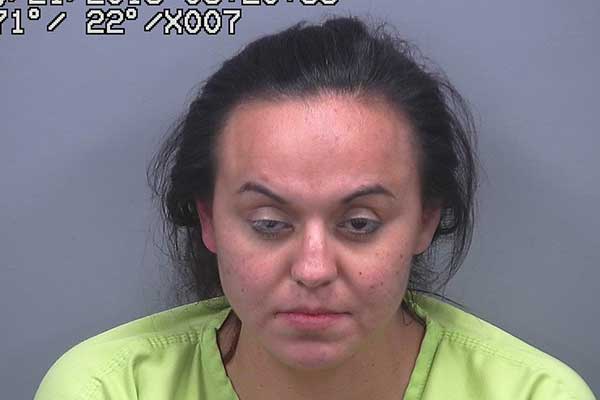 SAFFORD – A Safford police officer on duty on Monday, May 20 at approximately 11:45, observed a vehicle leaving a residence known for drug activity and trafficking of stolen property. The officer had reason to believe that the driver of the vehicle had purchased drugs from a man at the residence who approached the driver side window and had a brief interaction with the driver.

Another officer attempted to catch up to the vehicle but the driver accelerated quickly and turned off on a side street in an apparent attempt to elude the officer. The officer caught up to the silver Nissan Sentra at the intersection of 9th Avenue and El Paso Boulevard, where the vehicle had stopped across the stop bar at the stop sign. The officer activated his lights and siren, but the vehicle did not yield and continued to travel west on El Paso Boulevard. According to the police report, the Sentra was traveling at approximately 21 MPH and was swerving a lot within the westbound lane. The vehicle finally came to a stop just before 12th Avenue.

During the sobriety tests, the officer noticed a small, clear plastic baggie had appeared on the ground, that was not there before he began the sobriety tests. Another officer confronted Medina about the baggie and stated that he had seen her drop it while the other officer was conducting the tests. Medina denied having any knowledge of the baggie. The baggie contained a crystal-like residue, which the officer suspected to be drugs.

When the officers told Medina that she was under arrest for DUI and possession of drug paraphernalia, she immediately tensed up and pulled both of her arms back and pressed herself against her vehicle. One of the officers grabbed her left arm while the other other grabbed her right arm. Medina continued to struggle and was trying to pull her body away as well as her hand. The officers then forced Medina to the ground in order to gain compliance. Once on the ground, she was handcuffed. Medina was searched incident to her arrest and authorities found a small baggie containing a white, crystal-like substance, which appeared to be methamphetamine.

When Medina was forced to the ground she apparently hit her forehead on the pavement and suffered a small contusion. She told authorities that she was fine and did not need medical attention. She did say that she was thirsty and had dry mouth. The officers gave her a bottle a water while they completed their investigation.

When police searched her vehicle they found a glass bulbed pipe inside a purse. Upon closer inspection, the officer observed that the pipe was loaded with melted meth, ready for use. Police also found two torch-style lighters. In the back seat, authorities found a brand new microwave oven, still in the box. Other new merchandise was found in the trunk, with store stickers still attached. Police placed Medina in the back of a patrol car and questioned her about the drugs, paraphernalia and merchandise. She admitted to being high but insisted that she had purchased the merchandise legally. She refused to say which store she had purchased the merchandise from. While police were interviewing her, Medina apparently began falling asleep and showing signs of opiate use.

A blood sample was taken at the police department before Medina was transported to the Graham County Jail where she was booked for DUI or Drugs and Resisting an Officer/Arrest.

Four days later, an officer traveling northbound on Highway 191 observed a black 4-door sedan traveling in front of him pull into a left turn lane, which was clearly marked for traffic heading the opposite direction. The vehicle continued to drive in the turn lane for one block before turning left onto 7th Street.

The driver was identified as Manuel Rodriguez. The passenger was Cassandra Medina. Rodriguez was cited and released for DUI. Due to Medina’s recent arrest, authorities would not release the vehicle to her and let her drive. After the vehicle was inventoried, it was towed from the scene.