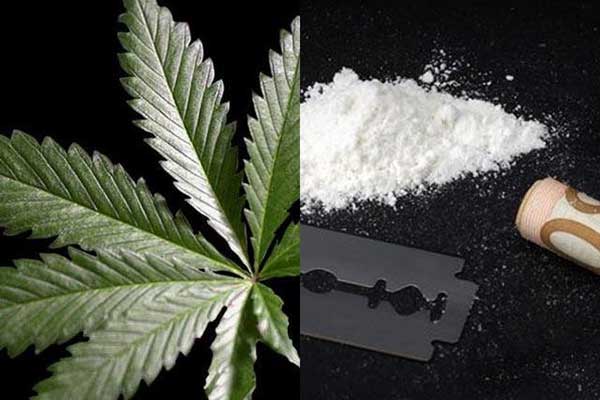 SAFFORD – Sunday morning, around 2:00 am, authorities conducted a traffic stop of a female riding a bike on 8th Avenue and Relation Street. The woman did not have a front light on her bike or a head lamp, and also crossed the stop bar at the intersection before coming to a complete stop. The officers initiated a traffic stop, and after the woman came to a complete stop, she then activated her front light on her bike.

The woman was identified as Cami Clark. After verifying that she did not have any active warrants, an officer asked Clark if she was in possession of anything illegal, and she stated that she was not. Clark agreed to empty her pockets when she was asked, however, there was still a visible bulge in her front pocket. An officer asked what was still in her pocket and she pulled out a pink plastic container. When Clark removed the container, she cupped her hand in an attempt to conceal the container from their view. An officer asked if he could have the container and Clark stated “no.” When she was asked how much meth was in the container, she responded, “none.” When asked if there was weed in the container, she responded with “yes.” The officer then asked if she had a valid medical marijuana card, but Clark stated that she did not.

The officer told Clark to give them the container that had the marijuana inside of it, but Clark shook her head and tensed her body as she attempted to step away from the officer. When the officer tried to grab a hold of her arms, she evaded him and tossed the pink container into a drainage culvert on the other side of the street. The officer attempted to restrain her as she tensed her arms against her body. Ultimately Clark was placed into handcuffs.

Authorities recovered the plastic pink container from the drainage culvert. Inside of the container was an amount of white crystalline substance that was recognized to be methamphetamine. The meth was packaged into two separate baggies and there were two additional empty baggies inside of the container. Located inside Clark’s billfold was a green leafy substance which the officers recognized to be marijuana. She mentioned to the officers that she also had a meth pipe in her clothing. The officers transported Clark to the County Jail where two female deputies located the meth pipe which contained a white residue consistent with meth and provided it to the officers. Clark was then given a ride back to her residence near the area of the original traffic stop and the police report was sent to the County Attorney for review.