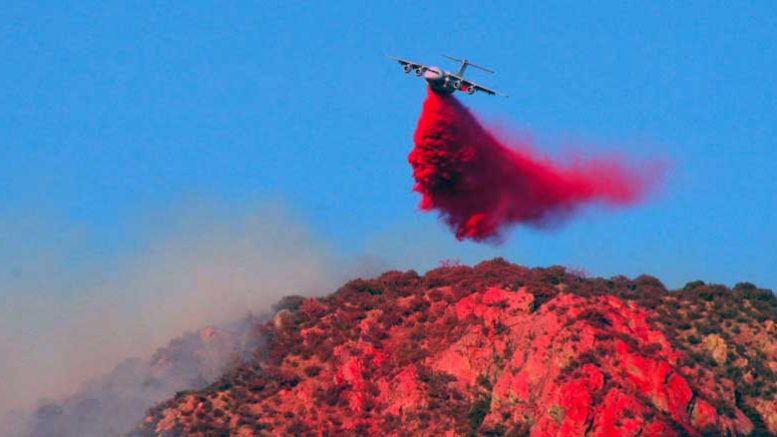 Contributed Photo/Courtesy LT Pratt-Green Valley Fire District: The Sawmill Fire southeast of Green Valley has grown to more than 20,000 acres while being assisted by windy conditions.

SANTA RITA MOUNTAINS – Winds continued to sweep flames on the Sawmill Fire’s southwest flank Tuesday and growth was also noted east of Highway 83, which the fire jumped over the night. The fire is burning in the Santa Rita Mountains, southeast of Green Valley and north of Madera Canyon. 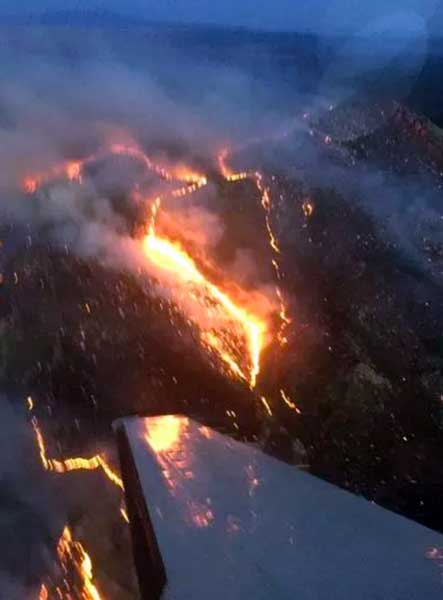 As of 10:30 p.m., Tuesday, the fire was listed at 20,000 acres with a total of 350 personnel fighting and seven percent containment. Previously, firefighters erroneously believed the blaze, which started out as a small brush fire shortly after 11 a.m., Sunday, would be totally contained by Tuesday evening, but the wind, including gusts of up to 45 mph, aided the spread of the blaze.

The fire is believed to be human-caused and a man allegedly admitted to starting the blaze on accident while shooting explosive targets on state land near Box Canyon and Santa Rita Ranch. The man reportedly attempted to put out the fire, but when that failed reported it and turned himself into authorities. However, authorities, including U.S. Forest Service Public Affairs Specialist Heidi Schewel declined to corroborate that report and instead referred that the case was still under investigation.

Crews from all over the state have joined the fight, including a Hot Shot crew from Aravaipa. The fire is burning a mixture of fuels, including tall grasses, brush and pinon-juniper trees. Additionally, the Pima County Sheriff’s Office has evacuated several communities and more than 100 residents.Evacuations have been ordered for the communities of Greaterville, Singing Valley and Rain Valley. Pre-evacuation notices have been issued to residents of Hilton Ranch and Mescal J-6. Evacuations centers are located at the Santa Cruz County Fairgrounds (3142 Highway 83, Sonoita, AZ) and the Southeastern Regional Park Shooting Range (11296 S. Harrison Rd. Tucson, AZ). These locations will also serve as evacuation centers for livestock and pets.

According to Inciweb, “Temporary closures remain in effect for National Forest Service Road (NFSR) 62 at the entrance to Box Canyon, easterly to the junction with NFSR 229, continuing southwesterly to NFSR 165 and on to the Melendrez Pass Communication Site in the Santa Rita Mountains. Temporary closures remain in place for Cave Creek, Sawmill, and Florida Canyon trails, along with the Arizona National Scenic Trail from NFSR 4110 northward to NFSR 4072.”

A media briefing will be held at 7 a.m., Wednesday at the Santa Cruz County Fairgrounds. 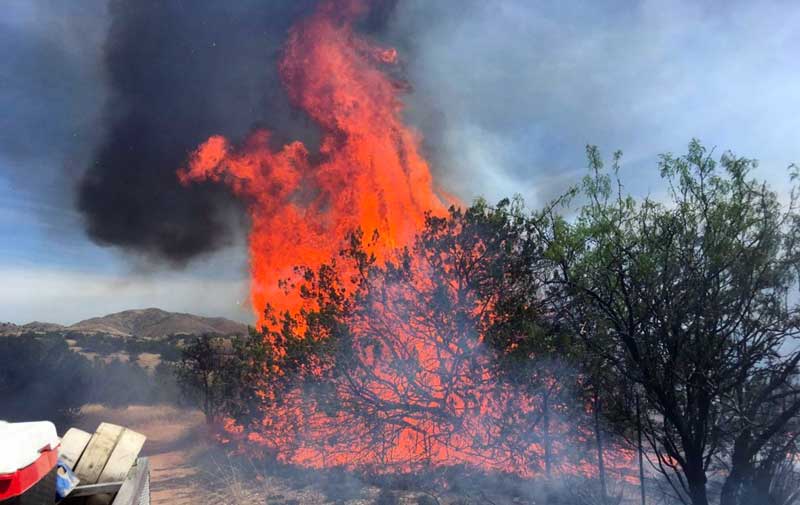 Contributed Photo/Courtesy Corona de Tucson Fire District: The Sawmill Fire is threatening homes and will be turned over to a Type I Incident Management Team on Thursday.