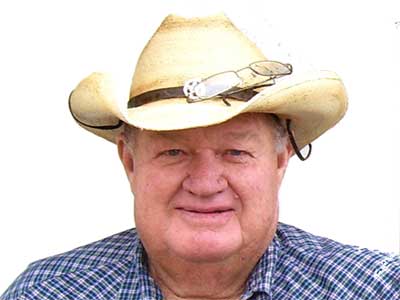 Willis Claude “W.C.” Pennington, 75, of Verde Lee, passed away on February 10, 2018, at Peppi’s House of Tucson with his family by his side.  W.C. was born on October 12, 1942 in Duncan, to John Wesley Pennington and Mary Afton Packer.  He was very athletic in school participating in both football and track.  W.C. married his sweetheart, Sharon Luree Quinn, of Duncan on August 28, 1961.  He retired after working at Phelps Dodge Morenci for 38 years.

He was preceded in death by: his wife, Sharon; his dad and mom, John and Mary Pennington; his sisters, Jessie Hall, Dot Rowden, and Rita King; his brothers, Gene Pennington, Bill Pennington, Freddie Pennington, Tommy Pennington, and Harold McGrath.

We will miss his wit, his laugh, his great stories, his love and his brilliant smile. He is now reunited with his the love of his life, Sharon, in heaven FOREVER.

Funeral Services will be held at 10:00 am on February 17, 2018 at The First Baptist Church in Duncan, Arizona.  Arrangements have been entrusted to Caldwell’s Funeral Home in Safford.