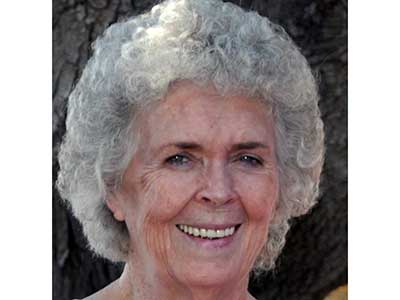 Selma Jean Paetz (Wright) went to be with the Lord after complications resulting from Alzheimer’s on February 10, 2018, in Phoenix, Arizona at the age of 81.

Jean was born March 19, 1936, in Bisbee, Arizona to Earl and Daisy Wright. She married Marvin in 1956. They lived in Bisbee, Arizona where their three children were born. Jean was blessed to be a full-time housewife and mother. In 1969 the family moved to Morenci, Arizona, with a short six-month stint in Duncan during a housing transition. Some of the part-time jobs Jean had later were in the Morenci High School cafeteria, veterinary receptionist in Clifton, and as the janitor at First Southern Baptist Church, of Morenci.  Her children remember her as a kind, gentle, and patient mother who encouraged them to be their best.  Camping trips were an annual event for the family.  The love between Marvin and Jean was evident; even after 50 years they sat side-by-side like they were on their first date.

A graveside service is scheduled for February 16, 2018, 1 pm at Sheldon Cemetery, Sheldon, Arizona. A memorial service is scheduled for February 22, 2018 at First Southern Baptist Church, Phoenix.  All are welcome to attend and celebrate Jean’s life. For their unparalleled, loving care, the family would like to thank Janette and Marci who cared for Jean while she was able to be home, and Gabriela and Tina who cared for Jean at Golden Age Residential Home.