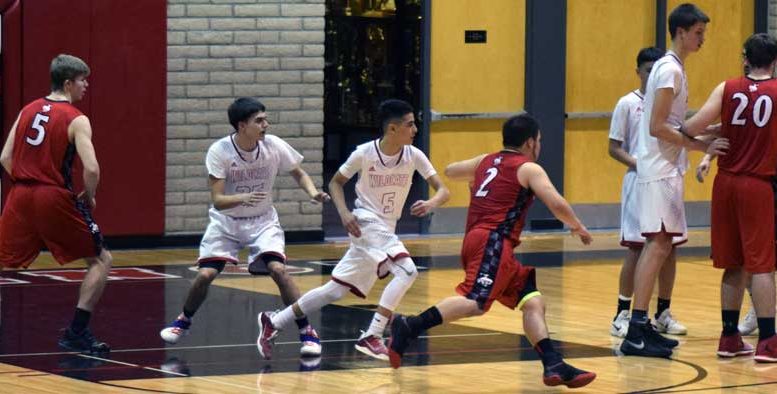 Photo By Raymundo Frasquillo: Willcox senior Landon DeBaun (5), second man around the double screen, caught an inbound pass and scored the Cowboys' final two points with less than 19 seconds remaining. The basket capped a 9-1 run in the closing 1:32 and an 18-12 fourth period outing for the visitors. Willcox slipped past Morenci 49-48 in Wildcat Memorial Gymnasium on Jan. 24.

Morenci got back in the win column with a 52-34 East Region triumph over the Tombstone Yellow Jackets in Wildcat Memorial Gymnasium on Jan. 27. 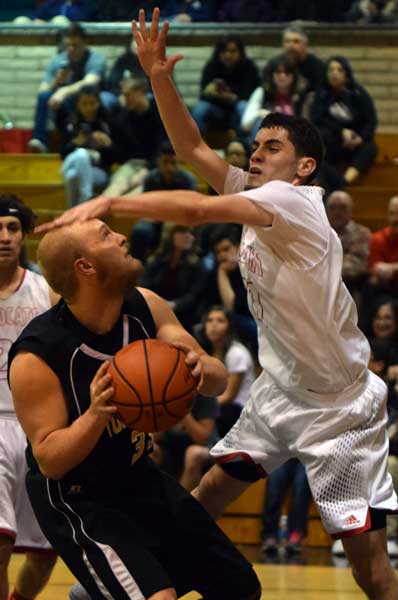 The Wildcats controlled the opening tip, but it was nearly a minute-and-a-half into the contest before either team scored. An Andres Nofchissey steal and assist to Jordan Leonard on a fast break accounted for the initial layup. Morenci never trailed in the game and led by 22, 50-28, with 3:10 remaining.

There was 3:43 left in the opening period when the visitors lit up their side of the scoreboard after trailing 7-0. It would be almost two minutes later before they added a second basket, still trailing by seven, 11-4. Morenci went on an 8-3 run to begin the second period with a 19-7 advantage. Five Wildcats accounted for the early advantage. John Olmsted had seven points, David Corona five, Jordan Leonard three and both Edward Castellano and Ruben Little two each.

Seven second period points were added by both teams and the halftime score was 26-14. Morenci led by 15, 40-25, to begin the fourth period. 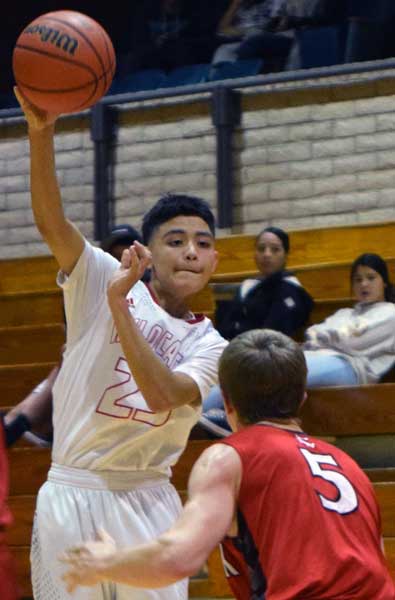 Photo By Raymundo Frasquillo: Morenci junior Chris Leonard (23) leaps in the air to pass the ball to an open Wildcat against Willcox. Leonard had 13 points. Morenci succumbed 49-48 to the Cowboys on Jan. 24.

Willcox senior Landon DeBaun scored the winning basket after being the second man around a double screen on an inbounds play with less than 19 seconds remaining. The basket capped a 9-1 run in the closing minute-and-a-half and an 18-12 fourth period outing for the Cowboys.

“If you play the game long enough, you will win some close ones and lose some close ones,” Morenci head coach Patrick Hepper said following a loss in Tucson days earlier. He also has said all season long, “We can only control attitude and intensity.”

Hepper was at a loss for words following the team’s locker room gathering after the game. The expressions on the players’ faces as the final buzzer sounded said they understood what they had not done.

Morenci led by five points, 36-31, at the start of the fourth period and by seven, 47-40, with 1:45 to go, yet trailed by a point with seven seconds left. A time out allowed a play to be set up, but the clock wound down before the rebounded missed shot attempt could be put up again.

Willcox got 20 points from DeBaun on eight field goals (two 3-pointers) plus 2-6 free throws, 13 from Kage Norris on six field goals plus 1-5 free throws and 10 from Alex Torres on three 3-pointers plus 1-2 free throws. Andrew Gallagher and Ely Madrid added two apiece and both Trevor Long and Austin Stambeck had one each. 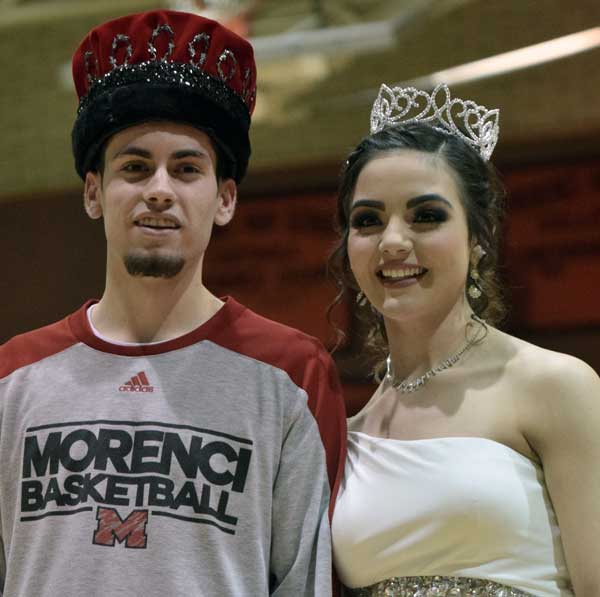 Chavarria excels for family, both in game and in life