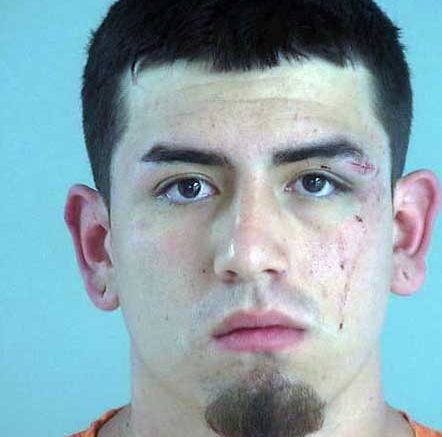 SAFFORD – The notice comes innocently in the mail, notifying the occupant of their requirement to perform jury duty. But as one man can attest, ignoring the duty and brushing it off can land a person in jail themselves.

Christopher Valdez, 20, was booked into the Graham County Jail on a warrant out of the Tucson branch of the U.S. Marshals for failure to attend federal jury duty in Tucson.

To add insult to injury, Valdez’s local police contact was initiated early Sunday morning after he was jumped and beaten up by two men.

Officers responded to the Valley Apartments at 2807 S. 12th Ave. shortly after 6:30 a.m. regarding an incident involving a broken window. The reporting party had alerted officers by knocking on the side door to the Safford Police Department and said Valdez threw a rock through her truck’s window.

Witnesses at the apartment denied the reporting party’s statements, however, and insisted that Valdez had been jumped by two men. An officer noted Valdez had a cut above his left eye that appeared to need stitches.

During the altercation, one of the men who assaulted Valdez took a rifle out of the back seat of the reporting party’s vehicle, broke the window with the rifle and pointed it at Valdez, according to his statement to police. The group then left in the truck. Valdez declined to press charges for the assault.

After running Valdez’s name, the warrant came up and Valdez said it was because he hadn’t paid a fine for not showing up for federal jury duty in Tucson. He said the fine was $700 but he lost his job and had only been able to pay $500. He said a judge told him that if he didn’t pay the remaining $200 he would have to spend a day in jail for every $10 he owed, resulting in a 20-day jail stay.

Valdez was then arrested and booked into the jail on his warrant.