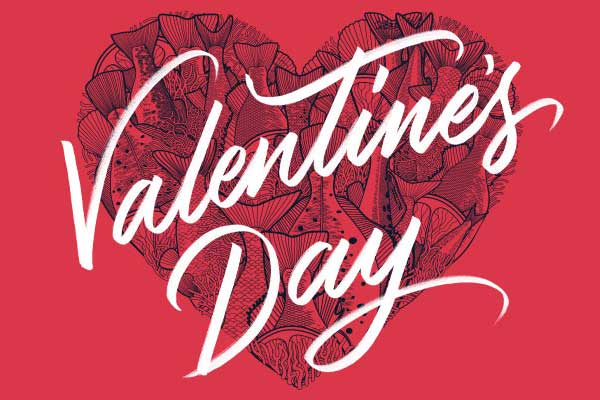 Today, February 14th, across the United States and in other parts of the world, candy, gifts and flowers are exchanged between loved ones, all in the name of Saint Valentine.

Saint Valentine of Rome was a priest and bishop in the Roman Empire who ministered to Christians who were persecuted there. There are a handful of legends behind Saint Valentine. One is that Valentine defied the order of the emperor Claudius and secretly performed Christian weddings for couples so that the husbands wouldn’t have to go to war. The legend claims that soldiers were sparse at this time so this was a big inconvenience to the emperor. The account mentions that in order “to remind these men of their vows and God’s love, Saint Valentine is said to have cut hearts from parchment,” giving them to these soldiers and persecuted Christians. Perhaps this is a possible origin of the widespread use of hearts on St. Valentine’s Day.

Another legend is that Valentine refused to sacrifice to pagan gods. Being imprisoned for this, Valentine gave his testimony in prison and through his prayers is said to have healed the jailer’s daughter who was suffering from blindness. On the day of his execution he left her a note that was signed, “Your Valentine.” Valentine was executed February 14, 269.

The Feast of Saint Valentine, also known and Saint Valentine’s Day, was established by Pop Gelasius I in AD 496 to be celebrated on February 14 in honor of the Christian martyr.

In addition to the United States, Valentine’s Day is celebrated in Canada, Mexico, the United Kingdom, France and Australia. The holiday began in Great Britain around the 17th century. By the middle of the 18th century it was common for friends and lovers to exchange small tokens of affection or handwritten notes. By 1900 printed cards began to replace written letters due to improvements in printing technology.

American’s began exchanging valentines in the 1700s. In the 1840s, Esther A. Howland began selling the first mass-produced valentines in America. Today, according to the Greeting Card Association, an estimated 145 million Valentine’s Day cards are sent each year, making Valentine’s Day the second largest card-sending holiday of the year (Christmas is first). Women purchase about 85 percent of all valentines.