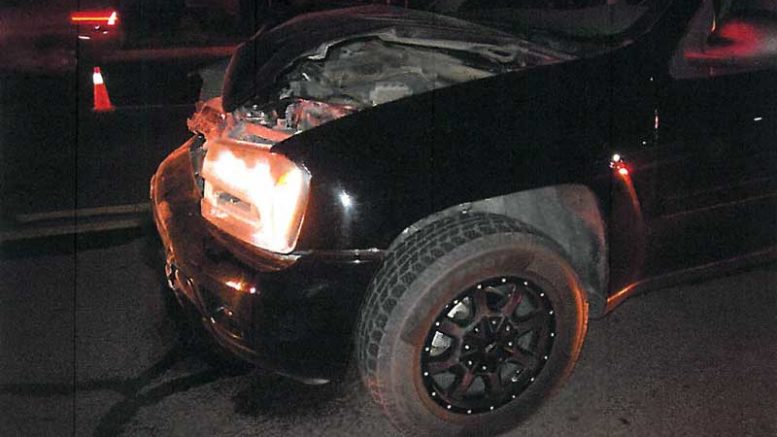 Contributed Photo/Courtesy DPS: This black Chevy Blazer and its driver took the brunt of the collision when a Ford Expedition turned out in front of it on U.S. Highway 70 on Tuesday night.

THATCHER – A sport utility vehicle attempted to make a U-turn on U.S. Highway 70 on Tuesday night but apparently neglected to check for traffic in the adjacent lane, causing a two-vehicle collision.

The crash occurred around 9 p.m. in the westbound lanes of U.S. Highway 70 just west of Thatcher near the Fertizona business at 4257 W. U.S. Highway 70. 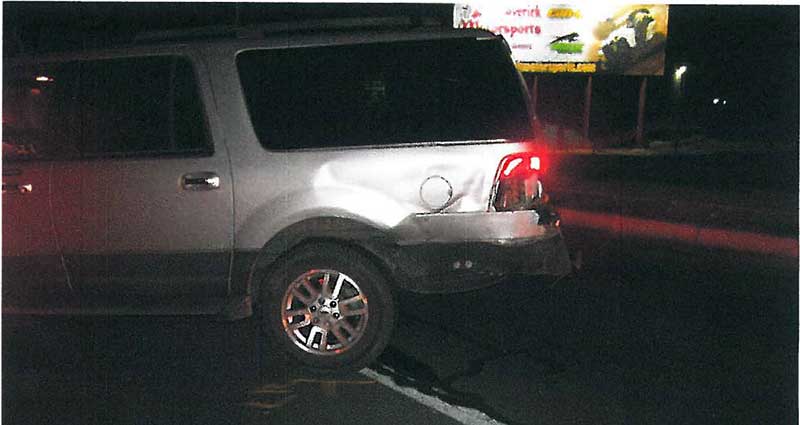 Contributed Photo/Courtesy DPS: This Ford Expedition was struck after turning in front of a Chevy Blazer while attempting to make a U-turn on the highway.

According to a  report from the Arizona Department of Public Safety, a tan, 2007 Fort Expedition driven by Raquelle Daley, 19, of Thatcher, was westbound in the right lane when she attempted to cross the left lane and center lane by performing a U-turn. A black, 2008 Chevy Blazer driven by Cindy Lea Donham, 54, of Pima, was also westbound in the left lane, however, and as Daley made her turn the Chevy collided with the driver’s side rear of the Expedition.

According to DPS Sgt. Stewart Shupe, the Expedition had five passengers inside, including four teenagers ages 17-19 and a two-year-old infant boy. During the collision, one of the passengers, Tristen Brinkley, 18, of Pima, was ejected from the SUV. However, Brinkley miraculously only suffered minor cuts and scrapes as the Expedition ended up at rest in the eastbound lanes. Daley and none of the other passengers were injured.

The driver of the Blazer, Donham, wasn’t so lucky, however, and suffered a broken right ankle or ankle dislocation. She was transported by ground ambulance to Mt. Graham Regional Medical Center for treatment. 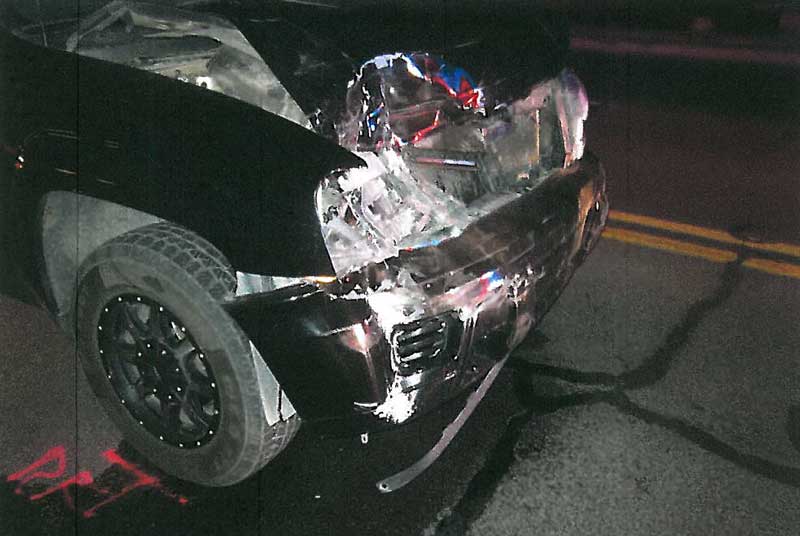 The crash hampered highway traffic during the cleanup and investigation, but DPS had the westbound lanes open about 20 minutes after the crash and all lanes were clear and flowing at about 9:45 p.m.

Shupe said Daley was at fault for the accident and would be given a citation for failure to yield to oncoming traffic.