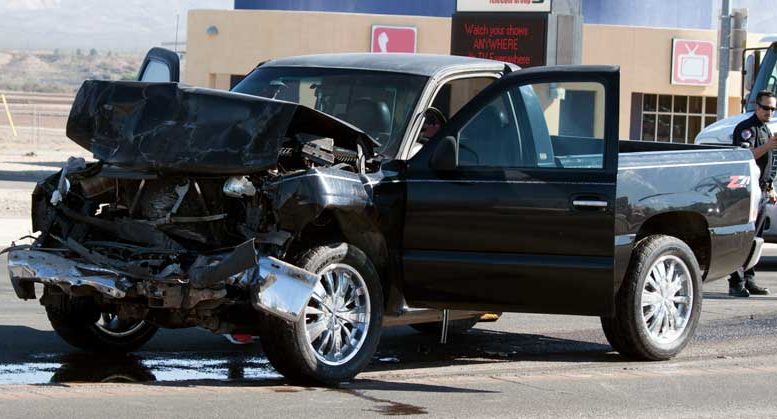 Jon Johnson Photo/Gila Valley Central: This truck was the last of four vehicles involved in a collision on U.S. Highway 70 on Monday morning and suffered severe front-end damage.

SAFFORD – Four vehicles were involved in a collision on U.S. Highway 70 early Monday morning, but no serious injuries were reported.

The collision occurred in the westbound lanes just prior to 9 a.m., when a vehicle turned in front of a westbound truck, causing it to quickly apply its brakes. A Dodge minivan traveling westbound behind the truck failed to stop in time and rear-ended the truck.
The driver of the minivan, who was not injured, was given a citation for speed greater than prudent to avoid a collision.

A GMC sport utility vehicle was transporting a couple of young children to gymnastics class when the collision occurred. The driver managed to stop in time, however, a black truck behind the SUV did not and rear-ended the vehicle. None of the occupants in the SUV or truck were badly injured, with the driver of the truck showing some abrasions to his hands. The driver of the truck was also given a citation for speed greater than prudent to avoid a collision. 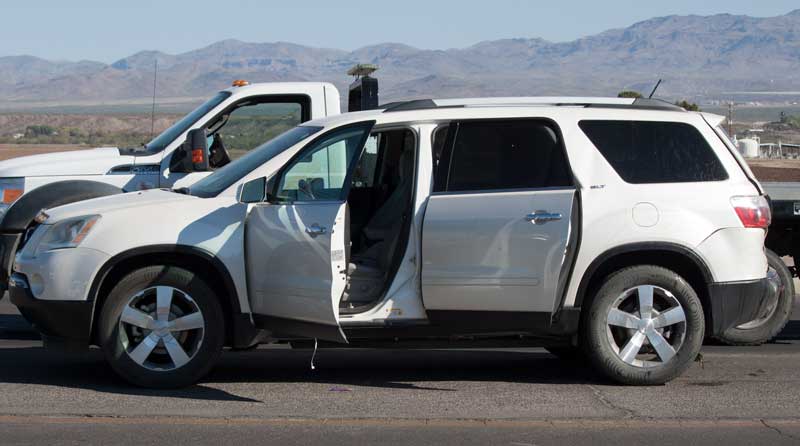 “It’s crazy,” the driver of the truck said. “I wasn’t even going that fast.”

The same cannot be said about the vehicles, however, as the SUV suffered severe rear damage and the truck had very severe front-end damage. The SUV, truck and minivan were all removed from the scene by Nuttall’s Towing.

Traffic was reduced to one lane in each direction as officers sorted out the collision and the tow company cleaned up the wrecks. All lanes were re-opened at about 9:45 a.m. 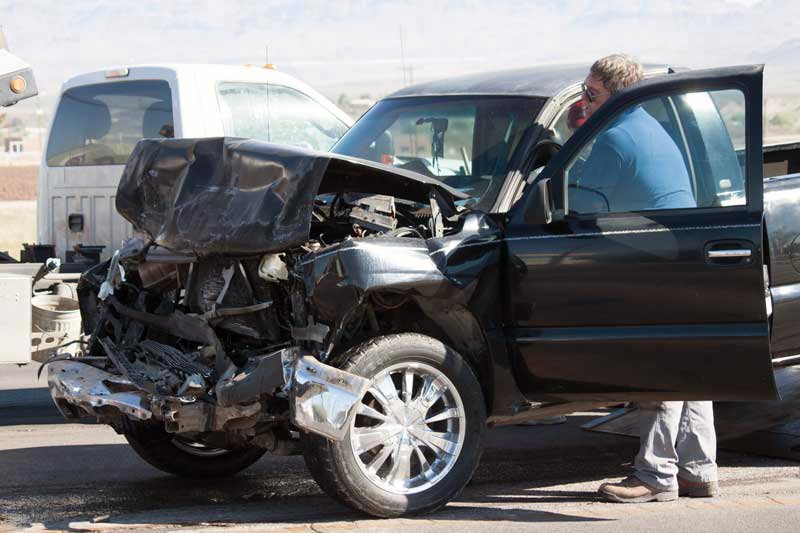 U-turn ends up being wrong turn