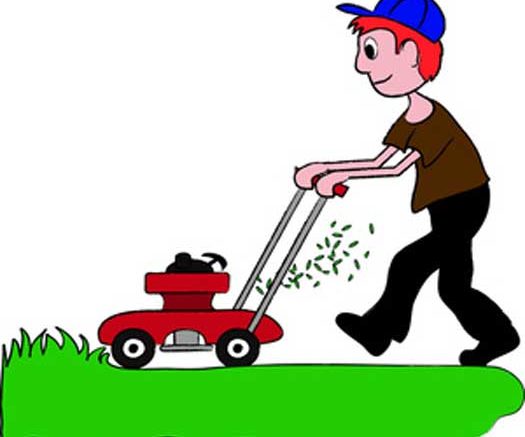 President Trump stirring-up hurricanes is old news. Hurricane Maria is presently ripping through the Caribbean and no one – yet – has said it’s Trump’s fault. That might change tomorrow.

Just when you thought the president couldn’t be blamed for anything else going wrong in the world, an 11-year-old kid mowing the White House lawn has sparked new controversy.

I don’t know how Mr. Trump stays sober or why he would want to. I realize he doesn’t smoke and avoids alcohol, but maybe a few tokes from a medicinal reefer might help relieve the stress. After all, carrying the weight of 98 percent of humanity’s misfortunes eventually takes a toll.

Not since God commanded Noah to get ready for a really big rainy season has a single individual been burdened with such ridicule and scorn. Noah’s boat became the talk of the neighborhood and city officials slammed the aging shipbuilder with all kinds of code violations.

When hundreds of weird looking animals began showing up, it became too much. “Either get this thing outta here or sell it for firewood,” commanded an agitated municipal code inspector. “We can’t have this goofy-looking yard art littering-up the area, especially since there isn’t any water around for miles, and I can’t remember the last time it rained,” the official ranted as he filled out a warning citation inscribed in 23 different languages, including Latin, which hadn’t been invented yet.

Similar to Noah’s situation, President Trump didn’t go looking for trouble; it kind of found him – as it often does.

An 11-year-old boy, Frank Giaccio, an enterprising young man from Falls Church, Virginia, had written to the president inquiring if he could mow the White House lawn. Seems little Frank was the founder and chief-operating-officer of a thriving neighborhood lawn mowing firm and was looking to expand his business.

If he could underbid the National Park Service and take over the White House grass cutting job, then he’d be on his way to grow the company from a one-man operation to as many as two or three employees. With a secure government contract and steady income, he might be able to finally pay his dad and little brother a couple of dollars for helping out. A classic example of what ingenuity, hard work and determination can do.

Frank normally charges $8.00 to mow a lawn but volunteered his services to the White House to permit them to evaluate his skills. This included mowing and raking the cuttings. He would also absorb all transportation, equipment repair costs, sharpen mower blades and wash dad’s truck after completion of the task.

Frank, who was 10-years-old when he submitted his offer, figured he didn’t have much of a chance competing against the firmly entrenched National Park Service. He wasn’t union and hadn’t been OSHA certified. Additionally, it wasn’t known if Frank’s business was IRS compliant or possessed a city transaction license. There was also no record if his workers were covered by private insurance or government required ObamaCare (Affordable Care Act).

Concerns arose the Secret Service would never let a child with a bulky gas mower get anywhere close to the president. The possibility of something dreadful happening was just too risky. Several presidents have been assassinated by gunshot, but none have been mortally wounded by a crazed kid with a lethal lawn mower.

“Not on my watch,” affirmed Jonathan W. Boothier, temporary acting director of the White House Lawn Protection Bureau (WHLPB). “We’ll safeguard the Rose Garden and the president at all costs. No one, including an innocent looking 6th grader with a fully fueled lawn mower, will breach our security.”

To his surprise, Frank received notification from the White House that the president had approved his request. However, the National Park Service would still remain the primary White House groundskeeper. There are simply too many NPS employees whose jobs might be jeopardized by the enthusiasm of some upstart, non-union maintenance temp.

So, Frank cut the grass and met the president at the same time. He later became the talk of the evening news.

But the story didn’t end there. Frank’s 15 minutes of fame was suddenly cut short when Twitter went berserk.

A flood of comments, mostly favorable to Frank, soon consumed Twitter. A kid with the gumption to apply himself, and take his work-ethic to the White House is not a common occurrence. Ordinarily, his ambitions would be considered commendable, except to certain establishment journalists.

Nevertheless, Greenhouse held his ground, insisting lawn mowers are a dangerous tool in the hands of an 11-year-old. “What this kid wants to do is noble, but sorry, I’m mindful of problems – I’ve written lots about child labor & kids being hurt by machinery,” he replied.

I’m sure he has, but we’re not talking complex computer programmed industrial equipment or driving large multi-mower golf course tractors. It’s a lawnmower, a basic piece of yard equipment found in millions of garages and family storage sheds. In keeping with today’s litigious society, I’m sure newer models are replete with numerous warning labels and safety instructions. Accidents will happen, but I sincerely doubt strict enforcement of child labor laws would successfully prevent them.

It’s obvious from Greenhouse’s explanations he probably resides in the city. A really big city – New York City – where people are stacked on top of each other and front lawns are scarce.

However, beyond the skyscrapers, subways, and taxi cabs – where most folks live – it’s a completely different environment. Grass grows and occasionally needs trimming. Thousands of kids and teenagers regularly cut their family’s lawns and no one gives much thought if the chore is dangerous or violating various government mandates against child labor. Minimum wage, what’s that? 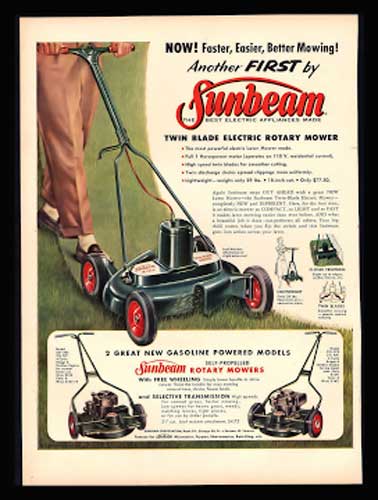 I know, I was once one of those oppressed kids. My greatest joy was when dad brought home a brand new technological marvel; a Sunbeam electric power mower with a plug-in cord to replace the old rusty manual push reel type – the kind that spewed green clippings out the back and got all over your socks and shoes.

Mowing was a cinch – until I accidentally ran over and cut the cord. Then I learned about electricity and how to repair a sliced mower cord with black rubberized tape. Similar mishaps would be a recurring event.

Of course, all of this was way before social media had ever been thought of. As a result, my anguish went unnoticed and certainly, no New York Times columnist offered to expose the harsh working conditions I was routinely exposed to. At the time, my mother was a reporter for the Graham County Guardian and she didn’t even bother to go public with my misery. I was an only child, suffering the normal physical and mental pains common to those lacking warmth, affection and mutual understanding from equally tormented brothers and sisters.

I don’t believe the President of the United States was overly concerned either. If he was, I didn’t get the memo!