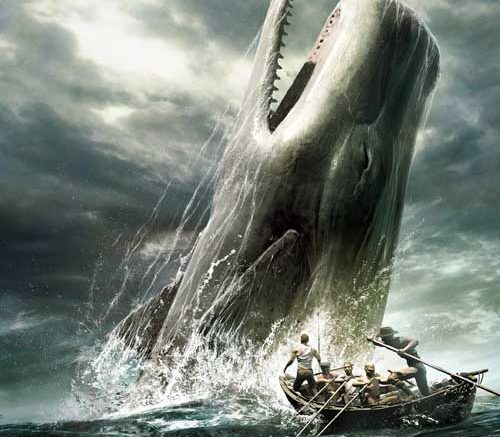 For some reason, it just doesn’t seem to make much sense.

Apparently, in their zeal to reestablish some political relevancy, the Democrats are turning to the very guy who almost single handily wrecked the party. Have they already forgotten the thrashings they received during the 2012/14/16 elections, primarily because of Obama’s leftist policies? Sure, he was reelected president in 2012, but the loss in congressional seats, governorships and state legislatures – and then the presidency in 2016 – was not a positive endorsement of his leadership qualities.

If it wasn’t for the predominately large liberal urban centers on the east and west coasts, with a sprinkling of a few in between, Democrats would be in an even more precarious situation. The fact Hillary Clinton won the 2016 popular vote but lost the Electoral College is reflective of the fact most folks outside of the big cities are not liberally oriented in their political opinions.

This, and the realization the present Democratic Party has strayed from its historical roots, turning-off untold numbers of previous supporters. I know, I used to be one, as were my parents and grandparents.

However, instead of remaining true to its core values of economic prosperity, promoting working-class opportunities and striving to better the lives of all Americans, “the party of the people” has degenerated into a socialist cesspool of special interests, victim mentality and a constant chant for more government- (taxpayer)supplied freebies and assistance. “Big tent” inclusiveness has squeezed out the regular person in favor of embracing ideologies of the radical left.

They abhor corporate America and “obscene profits” while nervously standing in line for the latest iPhone model or elbowing each other in the early morning hours of Black Friday. They’re too sophisticated to intelligently discuss social and political issues, but don’t hesitate to violently protest in the streets or post some ridiculous comment on Facebook, such as “will work for a living wage” (not minimum) while possessing limited skills, knowledge, and ambition. In their minds, free healthcare and college tuition is a right, even though there is no such thing.

Then, of course, there was the mess at the Democratic National Convention last year; a DNC director resigned amid allegations of improper conduct, Bernie Sanders got shafted by his own party, Russia snooped into the convention’s activities and Hillary Clinton was nominated to lead the party, regardless of a rigged FBI criminal investigation into her suspicious email activities.

And so it goes, all the while the left proclaims anyone who disagrees with their demands is biased, racist, religious zealots, gun freaks, border Nazis, pro-life wackos or inflicted with a myriad of phobias prejudiced towards liberal/leftist beliefs and lifestyles. They love free speech as long as they don’t have to listen to opposing views.

Their constant ranting against President Trump is becoming a political jihad. It’s no secret they detest the man, but they’ve become obsessed with obstructing everything he tries to do. Their latest fuming insists he isn’t mentally stable to be president. Not certain how they arrived at this conclusion since there are no medical reports indicating any abnormalities.

Then, of course, there are the Democrats’ ongoing demands Trump should be impeached for one reason or another. Problem is, they’re long on rhetoric but short on facts; no impeachable offenses have been discovered in spite of a plethora of phony accusations and continuing investigations.  Every few days new insinuations of unlawful conduct by the president or members of his staff and family are spoon fed to an anxious public, and every few days the liberal establishment and press are compelled to eat crow, reluctantly retracting their previous accusations.

Attentive viewers have come to realize this nonsense is a determined campaign of media disinformation, aka propaganda, aka hysteria, aka lies and deceptions, aka fake news. And every day the prattle repeats – Trump is the source of everything wrong on the planet.

It’s a carnival led by a gaggle of buffoons – if Trump can’t be nailed by actual misdeeds, then the media will simply fabricate some.  Since the life cycle of news is now less than 10-12 hours, it becomes a full-time job discrediting the president, knowing previous allegations of impropriety will soon be replaced by new ones.

There’s never been anything like it – a full assault, not by foreign adversaries but rather by domestic political and media interests – on a newly-elected president who has only been in office less than six months. Even more aggravating to the left is the fact Trump isn’t playing the game or kowtowing to their demands.  His Tweets reach 100 million viewers, far in excess of any media outlet, and his acceptance continues to increase.

As a result of their fading popularity, Democrats are dusting off an old playbook and trotting out their star pitcher – Barack Hussein Obama, the 44th President of the United States, who went 2-0 in the majors but lost the World Series.

Like a religious pilgrimage, several high Democratic uppity-ups have visited the inner sanctum of Obama’s Washington West End office. Reportedly, they are seeking his wisdom and guidance in how to resurrect a semi-comatose party. As if, somehow, Obama’s community organizing skills can replicate the successes he had in Chicago and the 2008/12 presidential elections.

Tom Perez, Democratic National Committee chairman, hopes so, as does Maryland Democratic Senator Chris Van Hollen and Virginia Democratic governor candidate Ralph Northam. All have discussed future party strategies with Obama and have encouraged his involvement. After all, “he’s been there and done that,” so who better to solicit advice from than someone who has actually run the political gauntlet?

“He doesn’t want to be president or the voice of the Democratic Party, but he’ll definitely be there to guide folks along the way,” said an “unnamed” former Obama aide.

Well, that’s reassuring. At least we’ll rest a little easier knowing he won’t be president again – even if he wanted to. I think there’s a constitutional amendment prohibiting such ambitions.

Another “unnamed source” politely explained Obama “Doesn’t want the focus to be on him.  He doesn’t want to be out in front.” Which seems odd, considering his narcissistic personality and unconstrained desire to be the center of attention.  He’s in his element when campaigning, giving speeches and waving to the crowds – a natural born entertainer.

But, as we’ve found out the past several years, he’s not the inspirational extemporaneous orator he’s characterized to be. Like all good actors, a pool of behind-the-scenes script writers is busily composing the words and choreographing the motions he performs before mesmerized fans. The constant presence of a mobile teleprompter is evidence of his mechanical connection to anonymous ghostwriters.

This isn’t to say his involvement in future Democratic Party politics will not be without influence.  A former president – of either party – always possesses a certain amount of appeal and prestige, regardless of their performance in the White House.

Democrats are at crossroads; swing further left and risk losing, even more, mainstream support, or regroup, rethink and reverse course. There are millions of disgruntled voters who are not enamored with the Republican Party but view it as a better alternative than what the Democrats have to offer.

On the other hand, Republicans are experiencing similar discontent within their ranks. After securing the House, Senate and Oval Office, they seem to be handicapped by their own internal bickering and inability to harmonize concerning certain policy objectives.  The public sees this and wonders why?

The Democrats see it too, and will surely focus on Republican missteps in the 2018 midterm elections. It may be President Obama’s role to lead the cheering, or at least hold a big megaphone along the sidelines. But if the Dems don’t change their ways, or the Repubs completely stumble, then the chances of very many red states turning blue seems unlikely.

Like Captain Ahab and his ship and crew’s final disastrous encounter with Moby Dick, President Obama and the Democratic Party could meet a similar fate.  Political revenge is an intoxicating motivator, sometimes blurring good judgment and rational thinking.  If allowed to evolve into a self-destructive obsession, the forces of reality will eventually correct the situation – maybe not as violently as the Great White Whale, but most assuredly the end results will be similar.