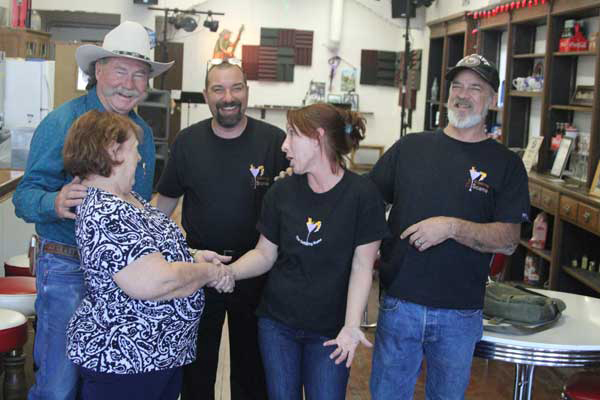 SAFFORD — Gila Valley gamers will soon have a new home on Main Street.

The Gathering Scene, with locations in Tucson and Sierra Vista, has announced plans for a third location in Safford, taking over the former Candy’s Ice Cream Parlor in Safford, with the grand opening June 4.

“We’re going to keep the look exactly the same. We do have to make some changes due to some items that we do need to put in for health code and stuff like that, that don’t fit, but other than that, it’s going to look exactly the same; it’s going to have the same exact feel right up to the point — Frank and I already talked about it — we’re going to leave the original Candy’s sign up on the front of the door,” said David Walter.

Walter, along with partners Frank and Joline Rich, said their business model is to offer a place for all ages to spend time enjoying themselves. The plan is to offer mocktails — non-alcoholic beverages — and coffee, light snacks, live entertainment and be the place for gamers, whether it’s traditional board games, collectible card games such as Pokemon or Magic: The Gathering and, most especially, role-playing games such as Dungeons and Dragons.

The trio are also in works to open a fourth location in Benson.

Walter and Frank Rich said that The Gathering Scene will be the gaming headquarters for Arizona Fan Fest, which will take place on Safford’s Main Street April 22-24, 2022.